XRP price could be headed lower as sentiment fails to shift bullish, putting Ripple at risk of a 10% fall toward $0.70. The prevailing chart pattern suggests that the cross-border remittance token could continue to consolidate.

XRP price has formed a descending parallel channel on the 4-hour chart, as Ripple continued to mark lower highs and lower lows.

The token could fall lower toward the lower boundary of the governing technical pattern at $0.70 as buyers are nowhere to be found.

The first line of defense may emerge at the middle boundary of the prevailing chart pattern at $0.78 which coincides with the 78.6% Fibonacci retracement level, then at the February 12 low at $0.74.

If selling pressure continues to increase, XRP price could drop toward the pessimistic target at $0.70, where the lower boundary of the parallel channel, and 200 four-hour Simple Moving Average (SMA) and 127.2% Fibonacci extension level intersect.

Falling below the aforementioned line of defense will result in a further drop toward the support line given by the Momentum Reversal Indicator (MRI) at $0.65. 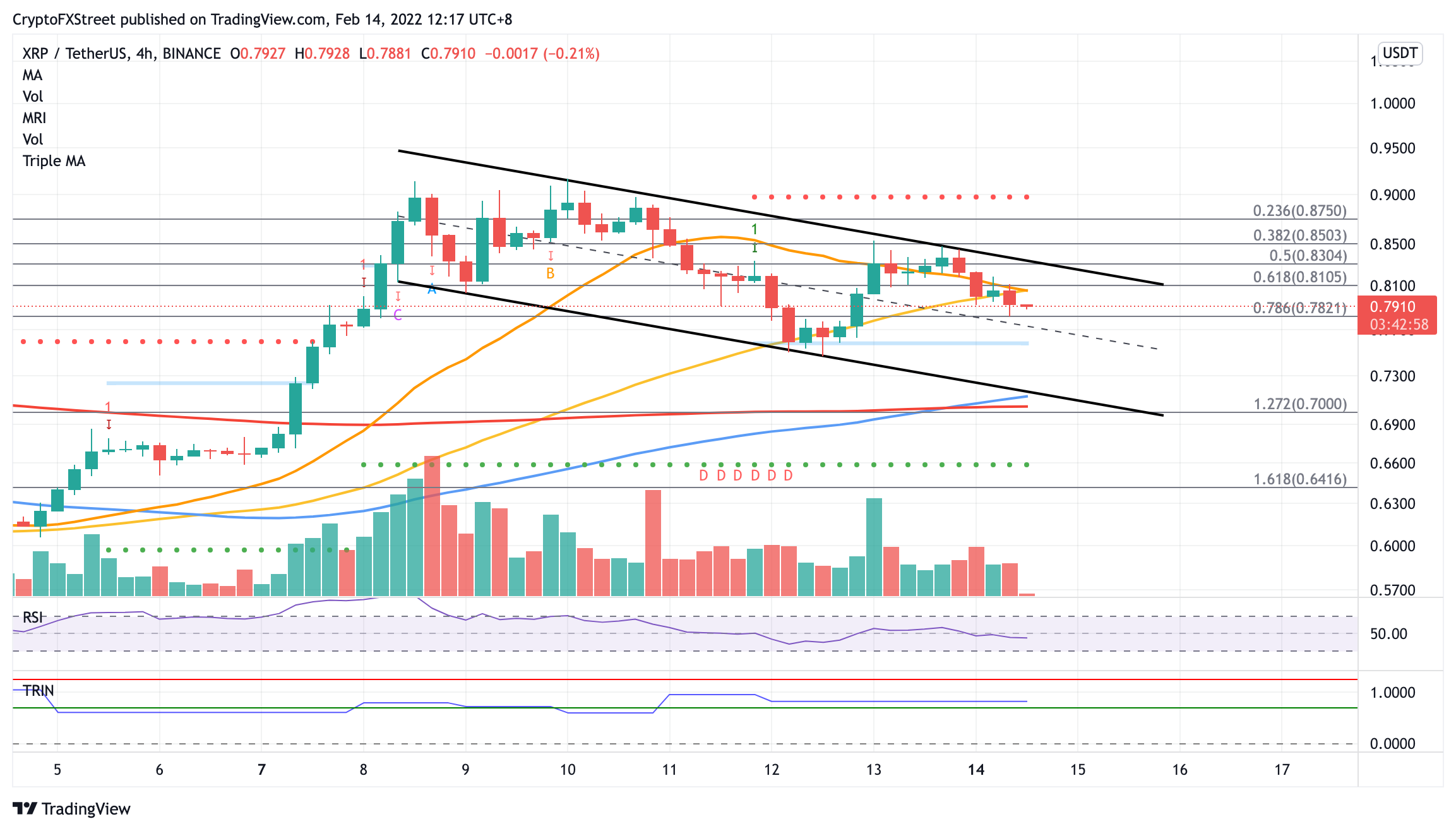 However, if bullish sentiment increases, XRP price will face an immediate hurdle at the 61.8% Fibonacci retracement level at $0.81, coinciding with the 21 four-hour SMA and the 50 four-hour SMA.

An additional hurdle may appear at the upper boundary of the governing technical pattern at $0.83, where the 50% retracement level is also located.

If XRP price manages to slice above the level of resistance, the bearish thesis will be invalidated.

Bigger aspirations and an increase in buying pressure may see XRP price target the February 10 high at $0.91 next.