Ripple’s XRP price shows concerning signals to end the month of June. Investors should prepare for a devastating blow.

Ripple’s XRP price looks to end the final day of June with a blow as the bears confidently come out to suppress the XRP price. On June 30, 2022, the bears have produced impulsive bearish candlesticks in nearly free-fall fashion. The sell-off comes after the optimistic memorandum issued by Ripple vowing to hire 100 new employees in the near future. Unfortunately, the news created a buyer's frenzy into a high at $0.3871 that was short-lived.

XRP price currently trades at $0.31 as traders are coming out to join the profit-taking downtrend. This week, on-chain metrics show millions of XRP tokens offloading onto the popular Bitstamp exchange in the last few days. According to blockchain auditor @Whale_Alert, nearly 600 million XRP tokens were sent into an anonymous Bitstamp wallet. This anonymous user now has the power to sell millions of tokens with just one click of a button. This mass movement of capital warrants the idea of a hefty sell-off into a $0.20 target as per previous bearish outlooks.

A Fibonacci Retracement tool surrounding the June 18 low at $0.2872, and the newly established high at $0.3871, shows the bears have already breached the 61.8% Fib level at $0.32 with confidence on the 3-hour chart. The bearish engulfing candle piercing through the key Fib level strongly confounds the idea of more sell-offs to come. 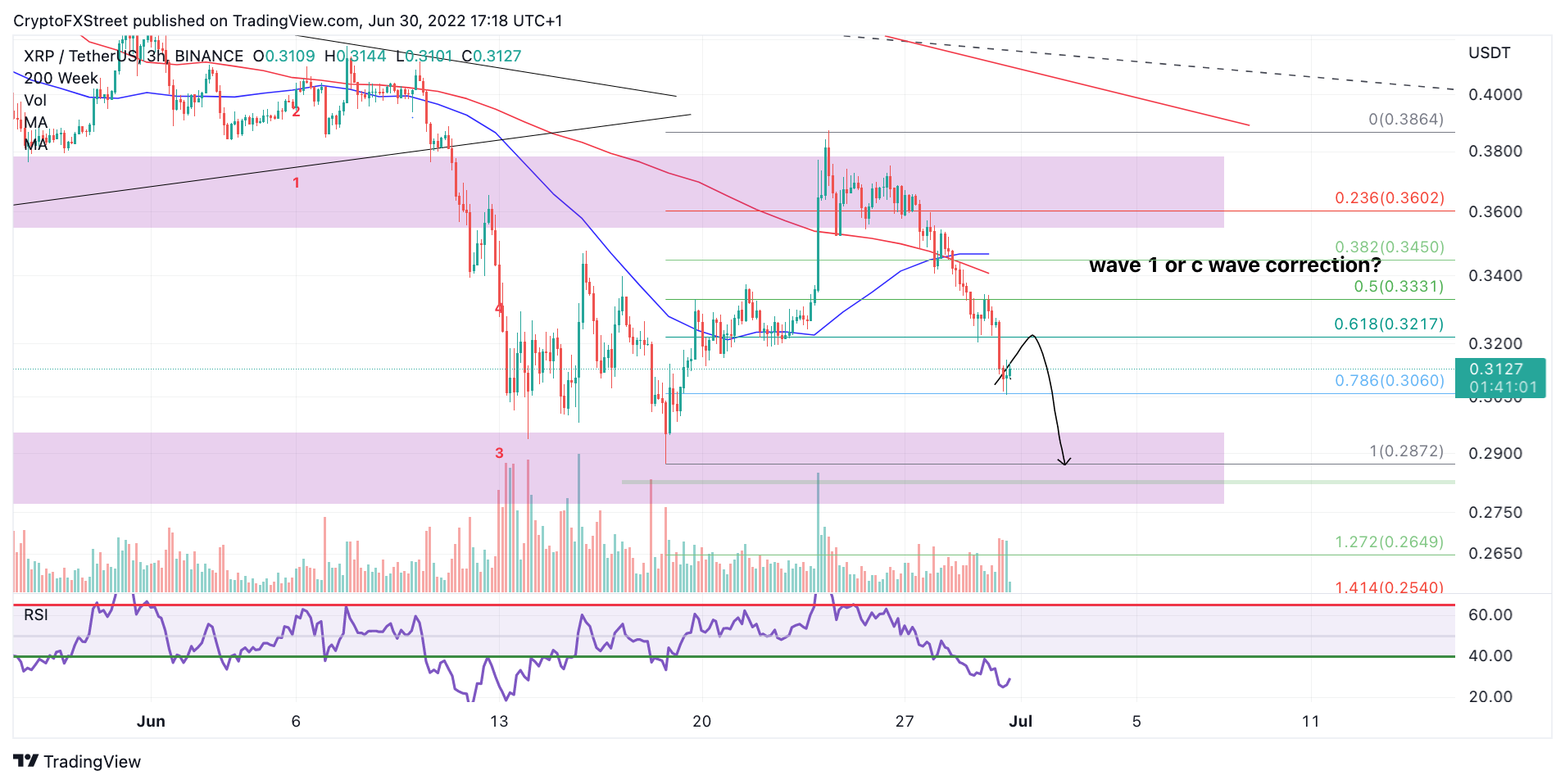 Invalidation of the bearish downtrend is a breach and close above $0.35. If the bulls can breach this barrier, they may be able to reconquer the trend and rise towards $0.42, resulting in a 30% increase from the current XRP price.