XRP price, like almost every other cryptocurrency, showed strong signs of recovery after the shock of this past Saturday’s flash crash wore off. The past three days of congestion after a strong rally from the lows may begin a new uptrend for XRP.

XRP price has held a strong level of support near the $0.83 value area every since Sunday. Concerns about further downside pressure remain, but the bullish behavior of XRP during the NY lunch hour showed evidence of some substantial buying volume.

There is a hypothetical long trade opportunity on the $0.05/3-box reversal Point and Figure XRP price chart. The entry is a buy stop at $1.05, a stop loss at $0.85 and profit target at $1.75. The entry is based on a Point and Figure pattern known as a Bearish Shakeout. This pattern is valid only when a trend reversal is anticipated and positioned to do so. A two-box trailing stop would help protect any implied profits. 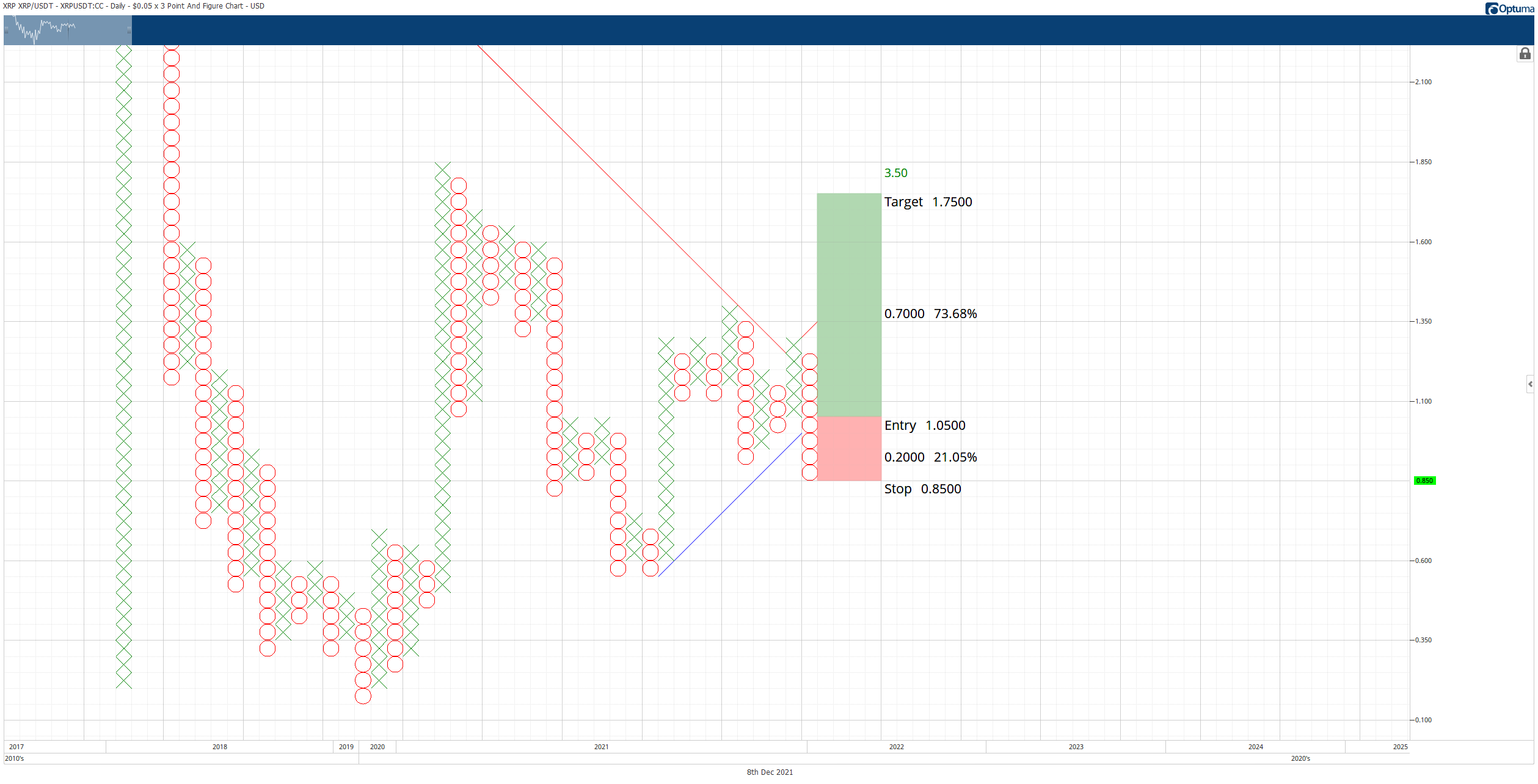 If the hypothetical long entry triggers, traders should expect some resistance at the $1.15 and $1.25 value areas before any substantial rise occurs. Additionally, a pullback to the entry zone after $1.50 is another likely scenario that traders should watch out for.

However, bulls should be aware that downside risks remain for XRP. The biggest cloud hanging over XRP remains the unknowns with the ongoing SEC case, which will have ramifications market-wide.