XLM price has been on a steady downtrend since setting up a swing high on June 29. The downswing has been a boon since it created the second swing low along a critical support barrier, forming a double bottom. This formation is bullish and suggests that an upswing is likely.

The bullish setup on the flagship cryptocurrency adds credence to this outlook.

XLM price crashed 25% over the past two weeks to set up a bottom at $0.228. Interestingly, this is the second swing low formed since June 22, making it a high probability reversal zone.

Further empowering this outlook is the potential bottom formed on Bitcoin, which could translate to altcoins. Therefore, going forward, investors can expect Stellar bulls to trigger a 25% uptrend that pushes it toward $0.286, the first significant resistance level.

In some cases, XLM prices could tag $0.303, especially if the buyers can produce a decisive 6-hour candlestick close above $0.286. 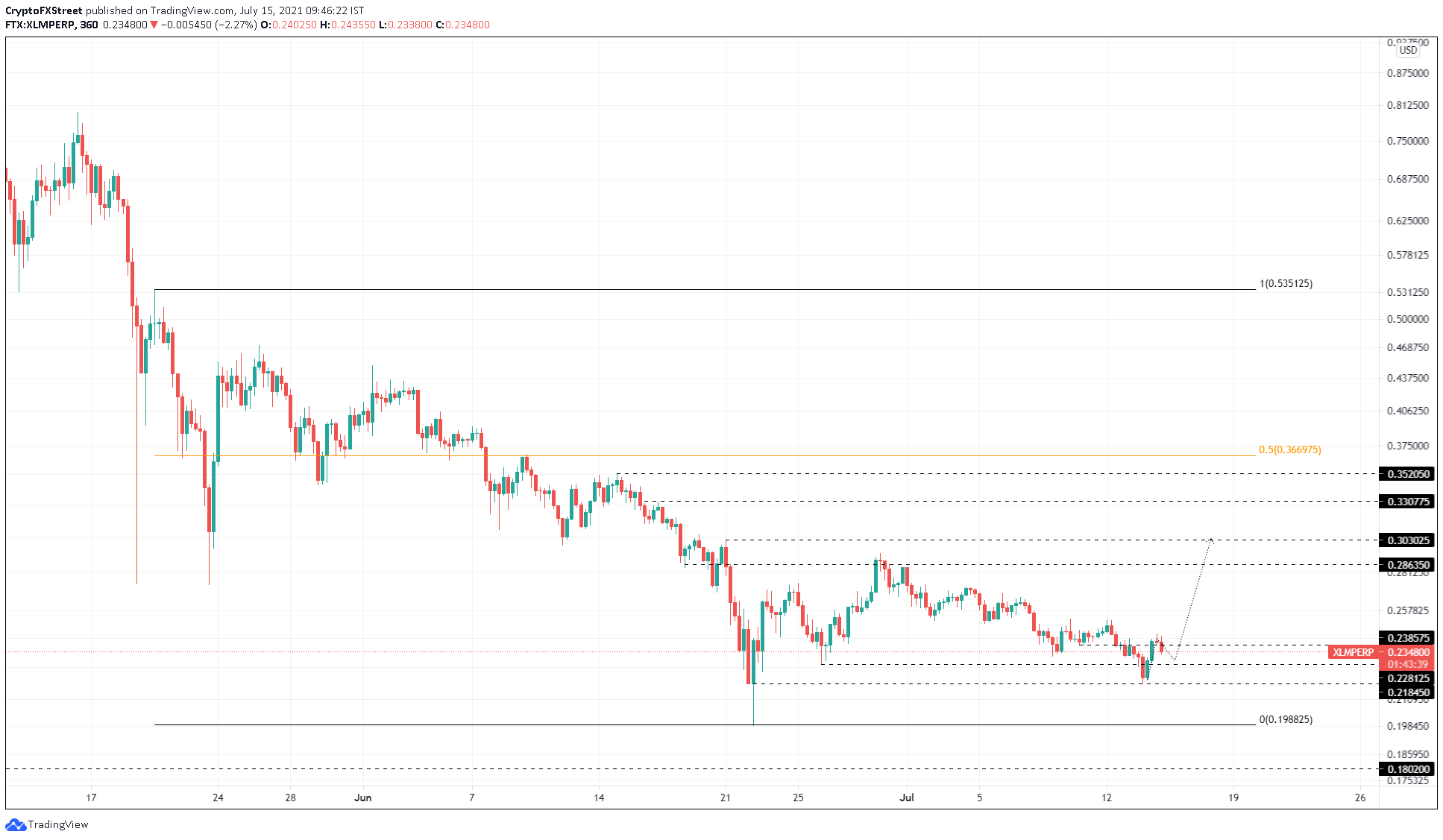 While the upswing narrative shows signs of life, it is based on the assumption that $0.228 is the bottom. A potential spike in selling pressure that pushes XLM price below it will delay the uptrend.

While this move might allow a retest of $0.218, it would not negatively impact the bulls’ plans. However, a breakdown of the range low at $0.199 will invalidate the bullish thesis.