XLM price has slid into consolidation after a brief upswing. Technicals present a bearish outlook for the coin due to mounting pressure from overhead barriers.

XLM price at an inflection point

XLM price surged nearly 36% between April 10 and 11, resulting in a local top at $0.65. Since reaching this point, Stellar has created higher highs and higher lows, which results in an ascending parallel channel when the swing points are connected using trend lines.

Since April 14, XLM price has been trading close to the channel’s lower boundary at $0.62. Any attempts from the bulls aiming to head toward the upper trend line have failed due to the supply zone ranging from $0.63 to $0.65. Therefore, an exhaustion of the buying pressure will be fatal for the remittance token.

If this price swing slices through the lower trend line at $0.61, it will kick-start a new downtrend. Supporting this bearish move is the formation of a bear flag on the 1-hour chart.

This setup is a continuation pattern that contains a large crash in XLM’s market value, known as a flagpole, followed by a consolidation called the flag.

A breakdown of the lower trend line of the flag at $0.62 will signal the start of a 14% downtrend, which is obtained by adding the flagpole’s height to the breakout point. 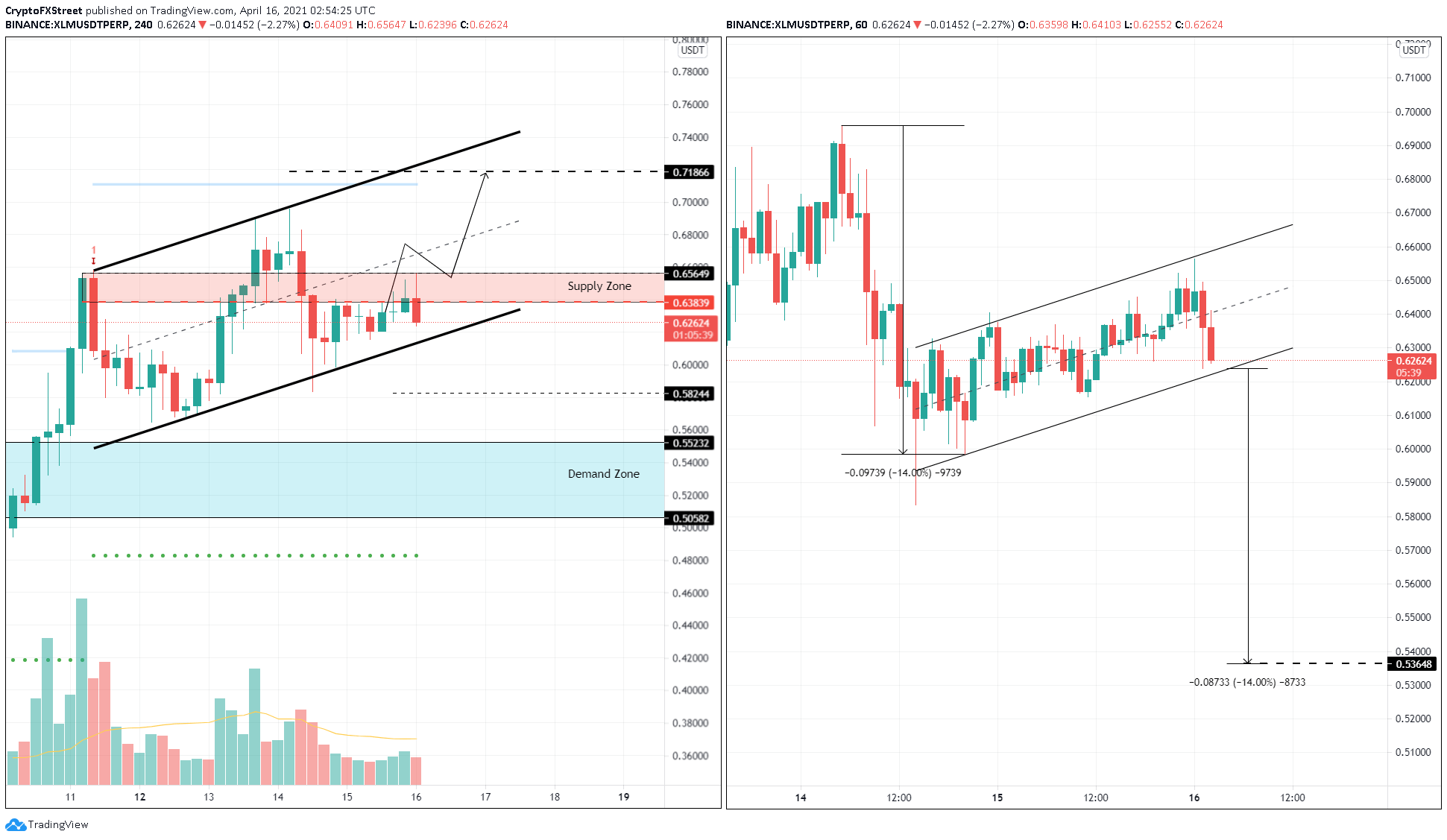 Under such circumstances, XLM price could rise 9.5% to tap the channel’s upper trend line at $0.71, which coincides with the Momentum Reversal Indicator’s breakout line.