XLM price has stumbled out of a cup-with-handle base on a 12-hour chart. The lack of impulsiveness combined with a near touch of the measured move target points to a pause for the new rally or even a bull trap. Either way, the short-term upside appears limited.

XLM price being weighed down by overextended funding rates

To calculate a measured move for a cup-with-handle pattern, there are two options. The most common one is to take the percentage gain from the cup low to the lip of the handle and then add it to the handle high. In the case of XLM and based on this methodology, price projects a rally of 87% from the handle, reaching $1.08. A gain of that magnitude would take the cryptocurrency into new all-time highs.

A second methodology is to calculate the difference from the handle high to the low of the cup and then multiply it by the percentage actually reaching their price target, which currently is 61%, according to Bulkowski. Using this approach, the measured move for XLM is far more modest at 28% and just above yesterday’s high.

The convergence of the measured move with the 61.8% retracement of the 2018-2020 bear market at $0.66 will continue to generate short-term resistance for the rally. However, the stumbles post-breakout raise the probability that the upside may be a bear trap. 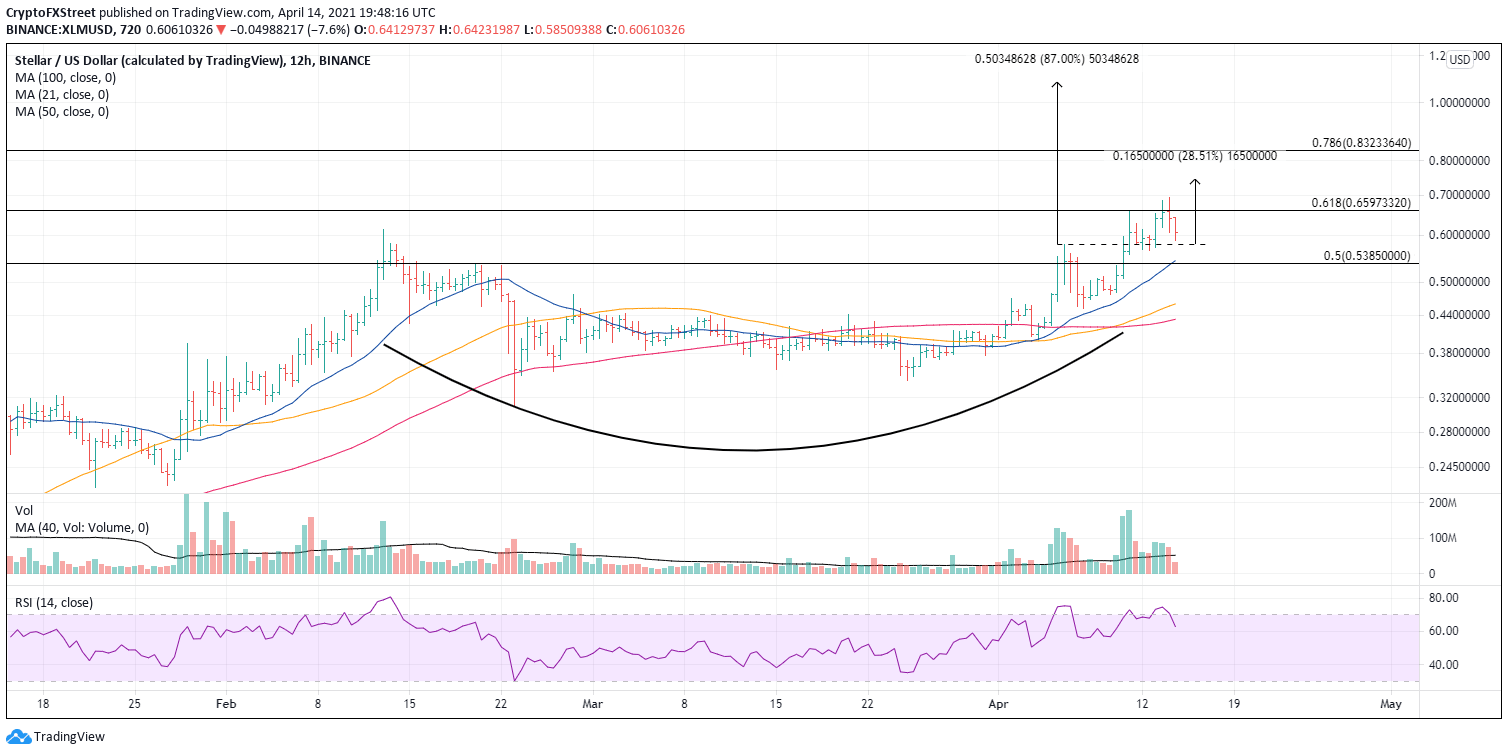 SafeMoon price has been on a steady range-bound move for almost 10 days. This consolidation occurred between a critical support and resistance level. However, the recent bounce produced a massive upswing that has cleated two critical barriers ...

Bitcoin is expecting its most significant upgrade in four years after over 90% of miners have signaled support for the softfork. The Taproot update will enable Bitcoin to be more cost-effective and allow for additional privacy.

Shiba Inu price had been locked in a descending channel since June 3, before overcoming the channel’s upper boundary on June 12 and followed up by today’s 10% gain. The favorable price action ...