dYdX, a large decentralized exchange, has quit the Ethereum blockchain in favor of Cosmos, as the platform seeks sovereignty. The derivatives exchange launched a blockchain within Cosmos and promised the best experience to users.

dYdX recently announced that it has called quits on the Ethereum ecosystem and launched its own blockchain within Cosmos. Antonio Juliano, founder and CEO of dYdX, said that the new blockchain will allow the decentralized exchange to offer the best experience to users.

While quitting the Ethereum blockchain implies reduced security, the upside is the customized fee structures and higher transaction fees. dYdX’s platform was built on top of Ethereum using the scaling solution StarkWare, a zk-rollup technology. Despite the rollup, the core protocol was lagging and competition from other smart contract ecosystems increased exponentially.

The exchange’s plan to quit Ethereum is viewed as evidence that the “world computer” is lagging behind. Competitors like Cardano, Solana, Polkadot and Avalanche are rapidly scaling to offer projects the solutions they seek in terms of faster transaction processing and lower cost.

Ethereum is no longer fast enough to accommodate the demand of the rapidly growing DeFi ecosystem. Among DeFi projects, dYdX has earned recognition as the exchange that facilitates large trades without slippage.

Automated market makers like Uniswap and SushiSwap suffer slippage, a common quirk for DeFi platforms. However, dYdX avoids slippage by using a traditional order book to facilitate swaps and directly links buyers and sellers of tokens and contracts.

dYdX is a preferred exchange among institutional investors.

Cosmos ecosystem is considered the right choice for blockchains that are built for specific use cases. Rather than one specific blockchain, Cosmos is a family of blockchains, and it facilitates quick and effective communication and swaps. Therefore, dYdX now has the freedom to set up parameters specific to a given use case.

The creators of dYdX believe the new chain will allow the exchange to better optimize and handle the order book as the platform grows. Ethereum offers decentralized applications security that is extended to the entire ecosystem irrespective of the function of the dApp. However, this does not allow an exchange the freedom to adjust transaction fees in proportion to size.

You can guarantee you are in more control of your chain itself.

Analysts at FXStreet evaluated the Ethereum price chart and predicted a drop below the $1,000 level. Analysts believe the $830.93 level could come into play, a key support for Ethereum. Ethereum price could plummet by another 30% in the current bloodbath.

@Phoenix_Ash3s, a leading crypto analyst, believes Ethereum price needs to hold above $1,000 for a reversal. A drop below $1,000 could imply continuation of the downtrend. 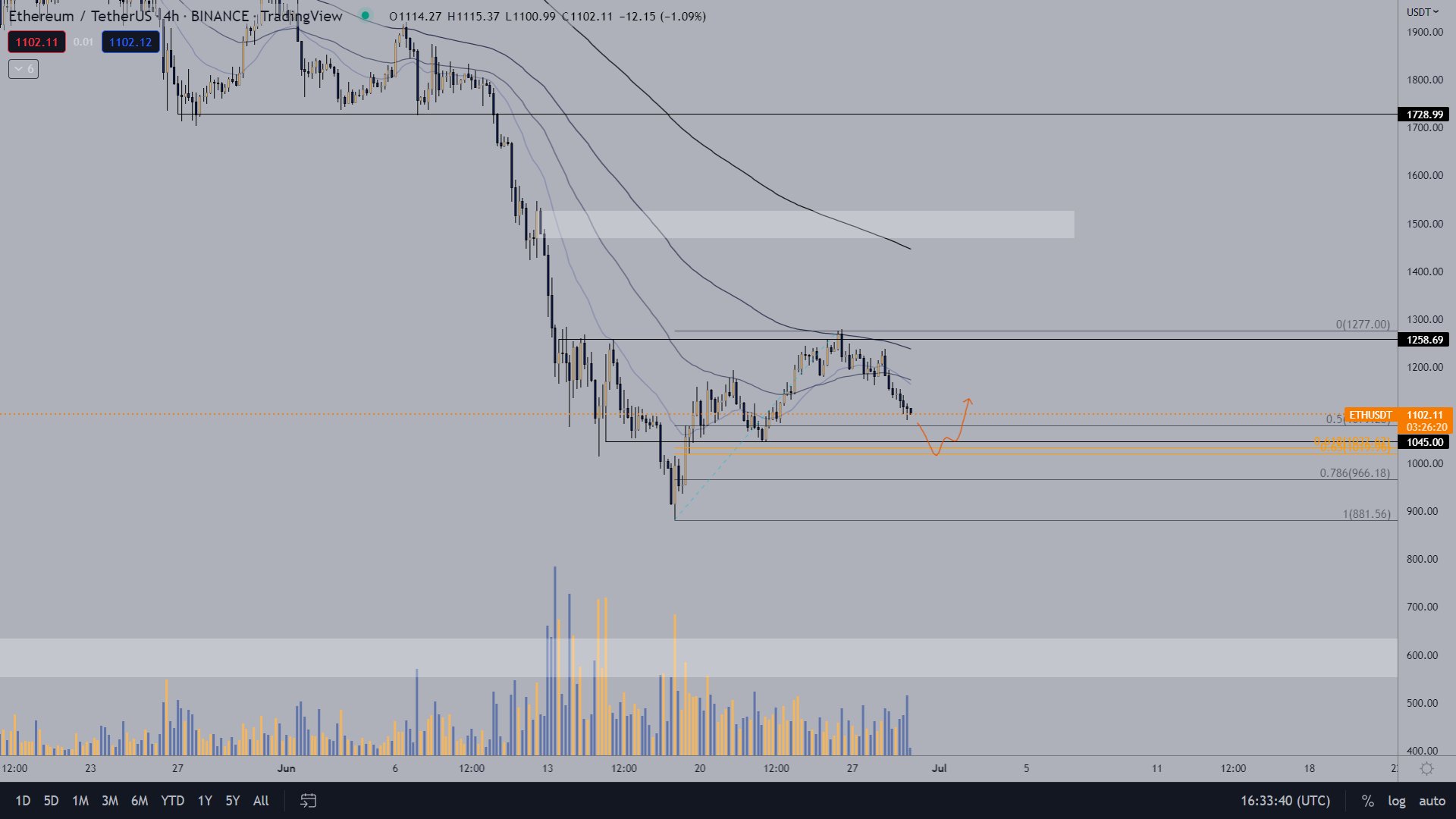