VeChain price is now at a record overbought condition based on the weekly Relative Strength Index (RSI). Based on the sizeable gain last week and the staircase format of the advance since the end of December, there is an above-average probability that VET will consolidate with a downward drift or a price grind like in early January. Look for inside days or weeks to evaluate timeliness for a new entry.

VeChain price reacting to the upward trajectory in exciting partnerships

A news roll that is the envy of any blockchain, VET has sealed exclusive collaborative partnerships, with the most notable being Salesforce and PricewaterhouseCoopers (PWC). In the case of PWC, VeChain is assisting the firm in integrating distributed ledger technology (DLT) into its operations. It is a testament to the dedication and hard work of the VeChain development team, and the offshoot has been an incredible rise in the price of the digital currency.

Since the sling-shot pattern on the weekly chart in late December 2020, VET’s rally has been defined by four significant weekly gains, ranging from 42% to 79%, followed by some form of consolidation. If the pattern continues, speculators should be prepared for some type of consolidation over the next week or two with price finding support at or around the 23.6% Fibonacci retracement of the rally from the cup-with-handle breakout in early January.

Critical to the long-term price outlook is the support at the 361.8% extension of the 2018-2020 bear market at $0.097 if the correction takes a deeper course. This level was resistance for three weeks in March and early April. A failure to provide support puts the 10-week simple moving average (SMA) at $0.082 in play. This moving average has been support on a closing basis beginning in mid-November 2020. 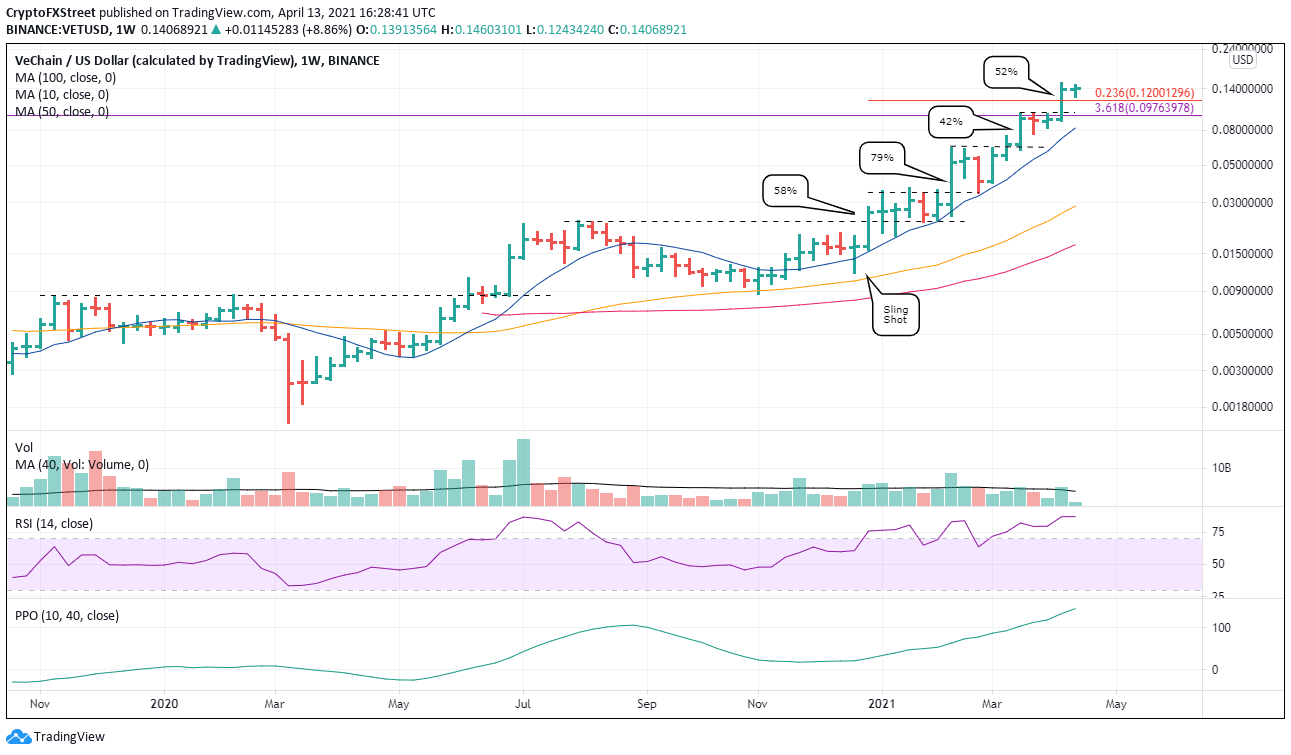 It is tough to stand in front of a powerful trend. VET could break with the precedent since December and continue to rally much higher this week. If that scenario unfolds, traders should look to $0.166 as the next level of resistance, followed by $0.191.