Bitcoin’s market dominance has experienced a steep decline in the past week going from 65% to only 60.8% while many altcoins are pumping quite hard. Nonetheless, Bitcoin price has recovered from its low point of $28,850 and it’s extremely close to $40,000.

Bitcoin price needs to retrace first before another leg up

On the daily chart, the TD Sequential indicator has presented a sell signal for the first time since January 10. On top of that, the parabolic SAR remains bearish just like the SuperTrend indicator, adding a lot of credence to a bearish breakdown. 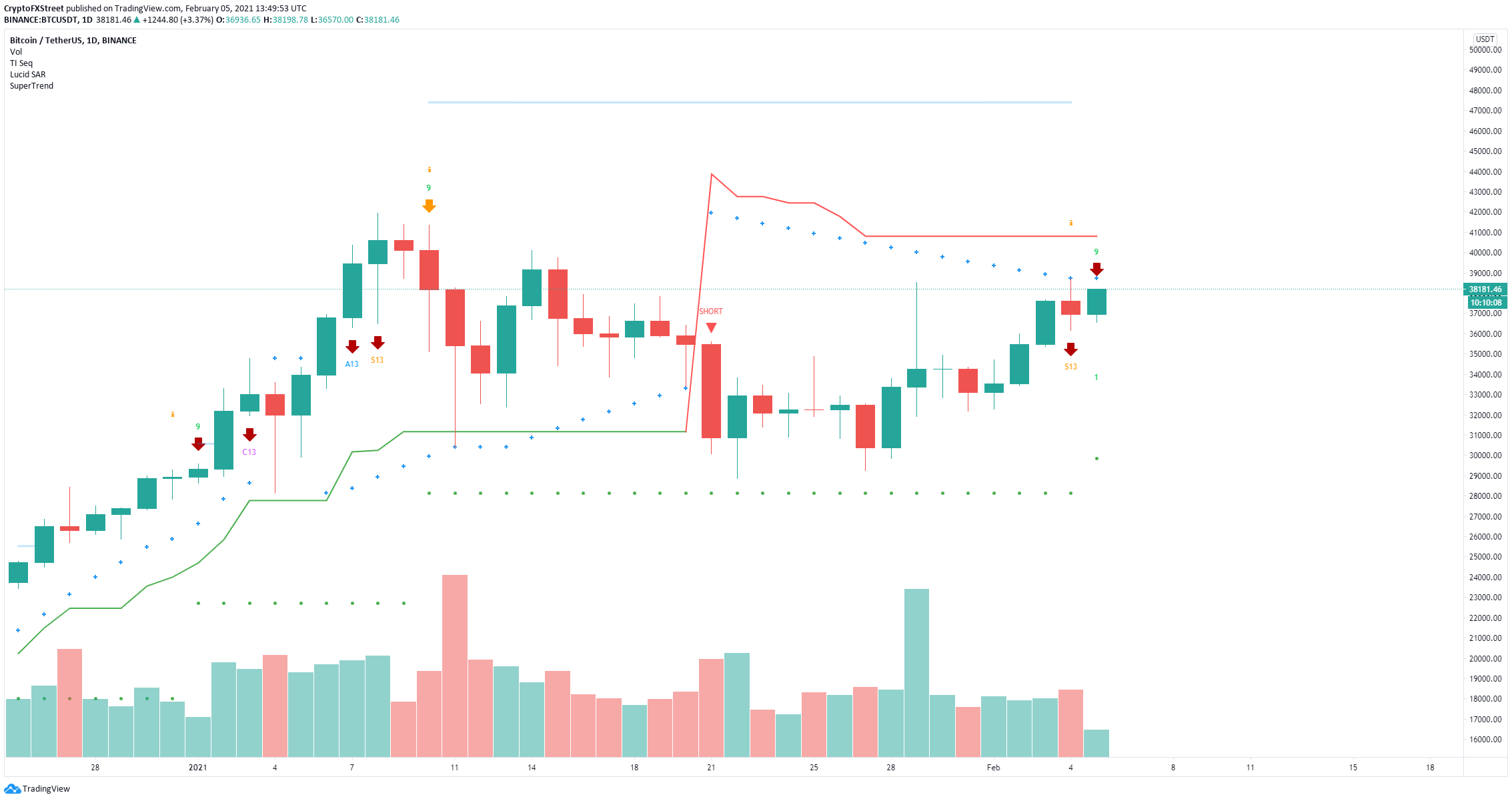 The current price of Bitcoin is hovering around the upper Bollinger band. A rejection from this point can push Bitcoin price down to the middle band at $34,000. Failure to hold this level can put investors into panic mode and drive BTC down to the 100-SMA at $32,000 and even slice through it down to $30,000. 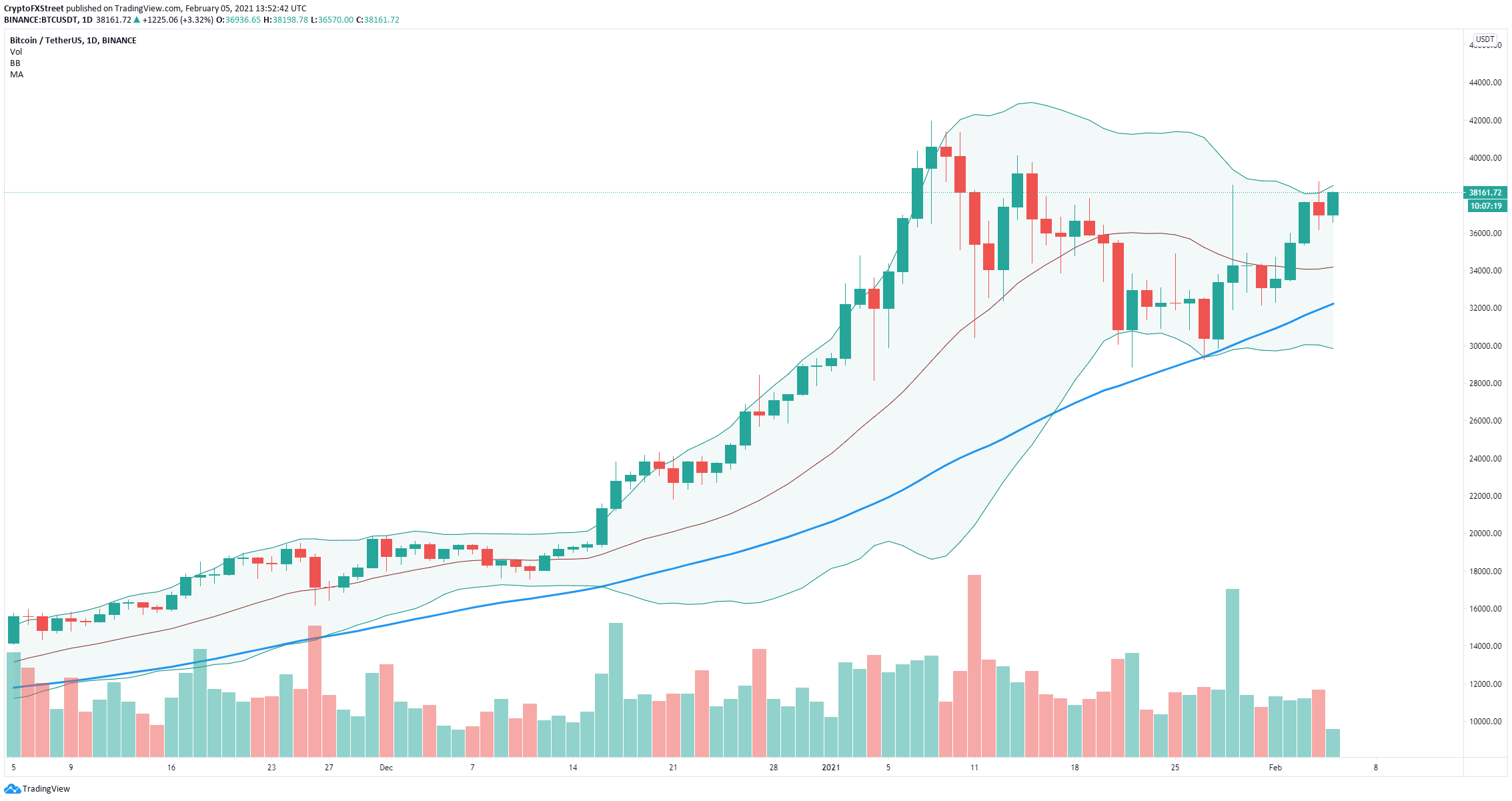 However, despite several indicators in favor of the bears, a breakout above the upper Bollinger band at $38,400 would invalidate the bearish outlook and push Bitcoin price towards $40,000.

The In/Out of the Money Around Price (IOMAP) model indicates that Bitcoin has a ton of support below $38,000 until $32,000. On the other hand, there is only one crucial barrier between $38,200 and $38,500 which coincides with the upper Bollinger band. The IOMAP model adds credence to the bullish outlook as a breakout above this barrier will drive Bitcoin price to $40,000.