The Graph price has been consolidating in a bull pennant for almost ten days, waiting to establish a clear trend. As GRT squeezes within this technical formation, the chances increase for a volatile breakout soon.

The Graph price prepares for an explosive breakout

Since then, GRT has been consolidating in a bull pennant pattern before the next leg up.

The parabolic advance to $2.86 formed the “flagpole,” while the ongoing sideways trend is creating the “pennant.” This technical formation is considered a continuation pattern, and the target is measured by adding the length of the flag pole to the breakout point.

Slicing through the pennant’s upper trendline at $2.45 could see the Graph price surge by 65.45%. If this were to happen, GRT would likely test the 161.8% Fibonacci retracement level at $4. 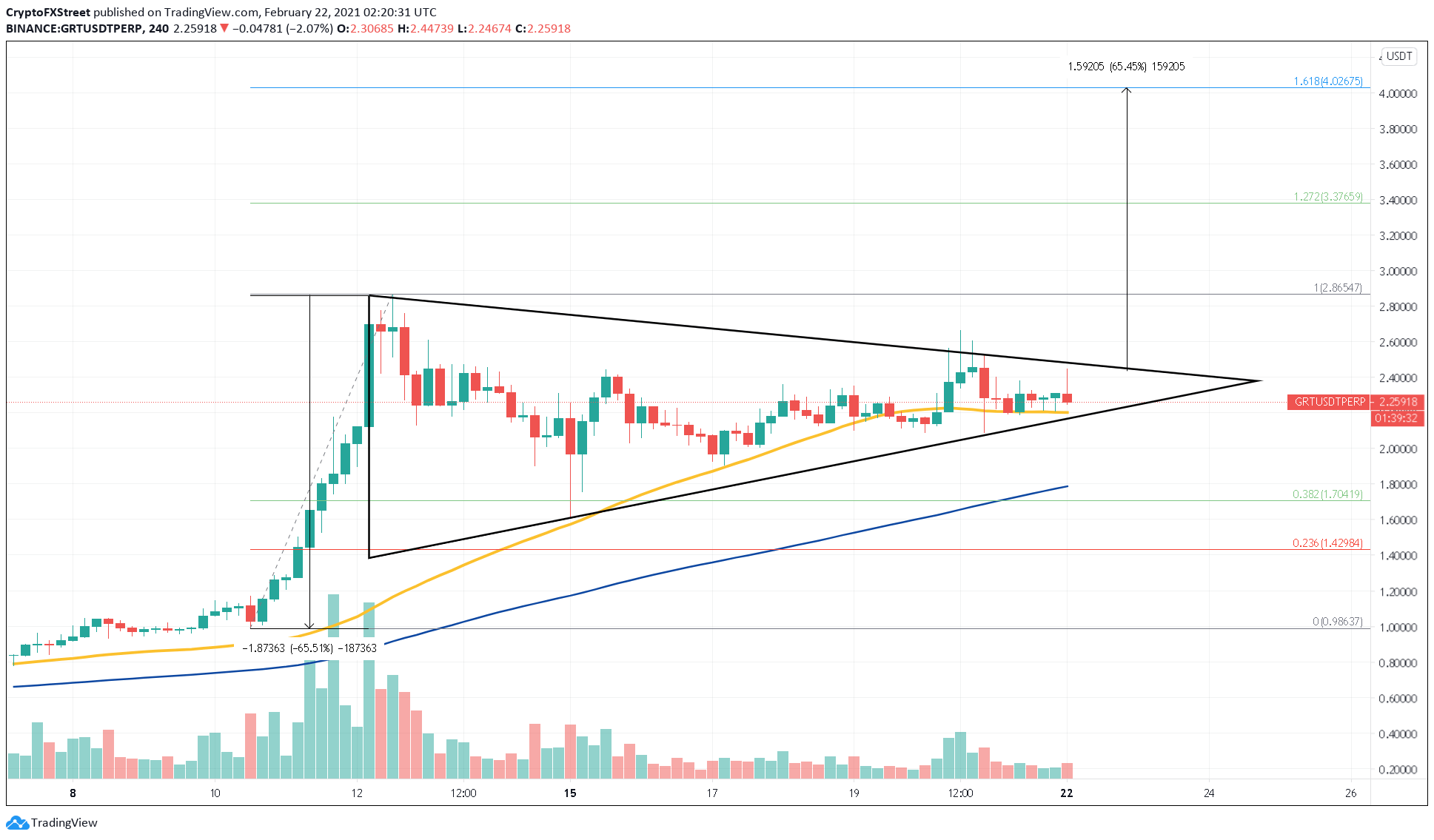 It is worth noting that the Graph price must hold above the 50 four-hour moving average for the bullish outlook to remain intact.

Failing to do so could be catastrophic for the bulls as it would lead to a steep correction.