Tezos is not only down 70% against Bitcoin, but also around 50% versus the USD since August 2020. According to various indicators, the digital asset looks poised for a short-term rebound against both Bitcoin and USD.

Tezos price on the verge of a 10% spike

XTZ is trading inside a downtrend against Bitcoin on the daily chart. However, it seems that bulls have managed to potentially establish a double bottom at 11,100 satoshis, with the first low on November 21 and the second on December 13. 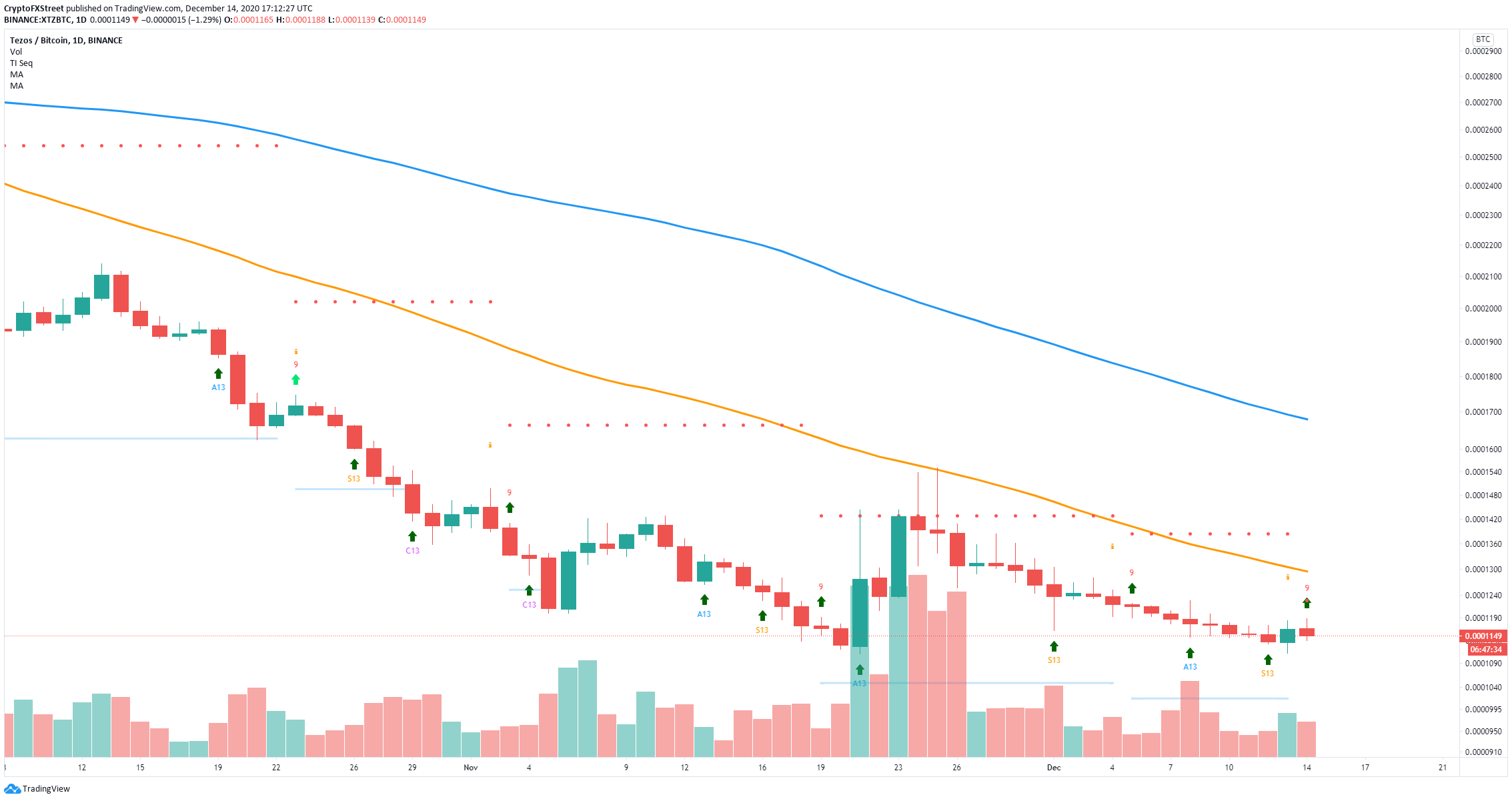 The TD Sequential indicator has just presented a buy signal on the daily chart, which could quickly push XTZ towards the 50-SMA at 13,000 satoshis. A further breakout above this point would drive the digital asset up to the 100-SMA at 16,800 satoshis. 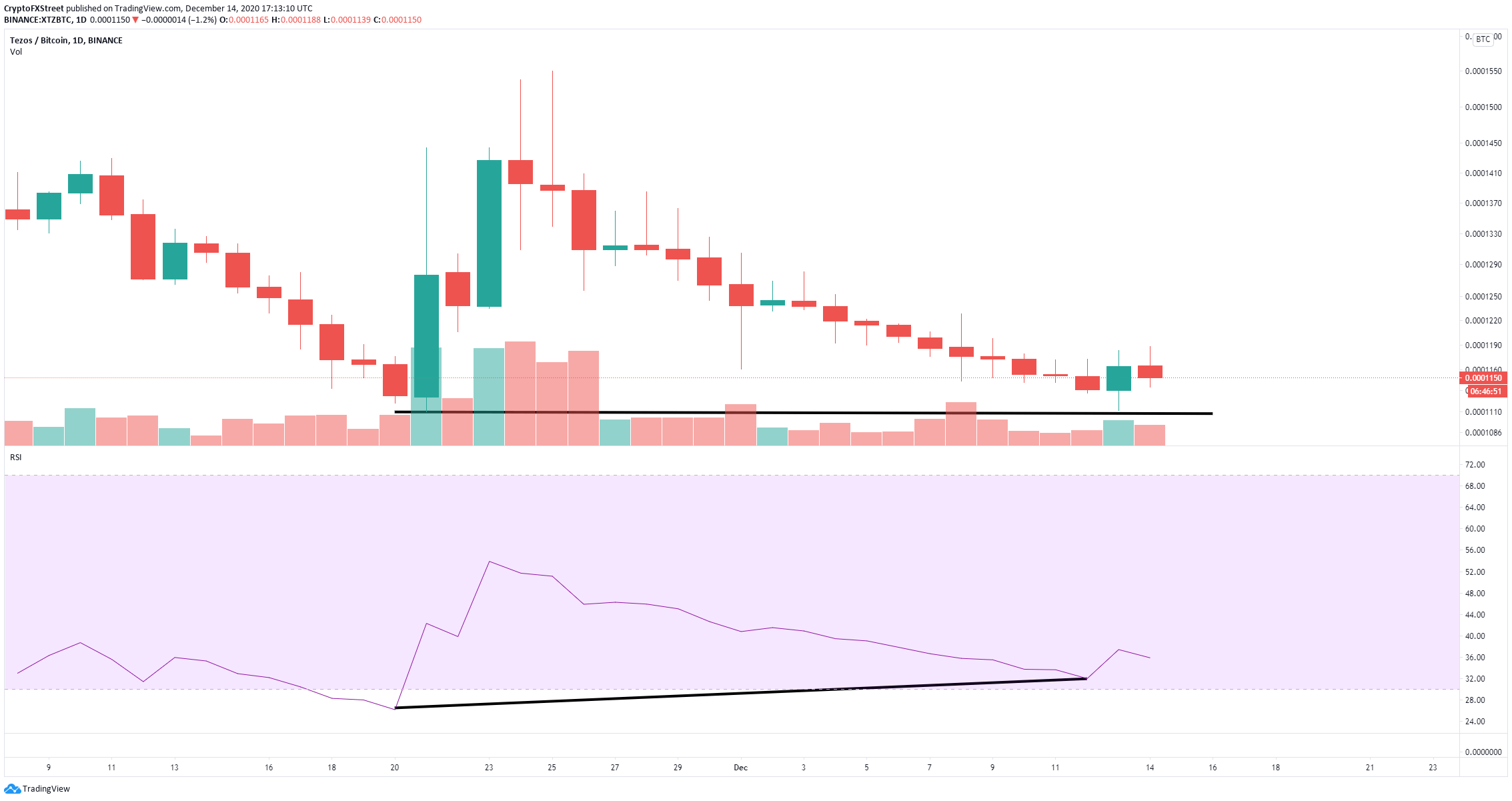 Additionally, a bullish divergence between the RSI and the price has formed on the same chart, adding credence to the potential double bottom. However, on the 3-day chart, there is a steep resistance trendline right above the current levels. 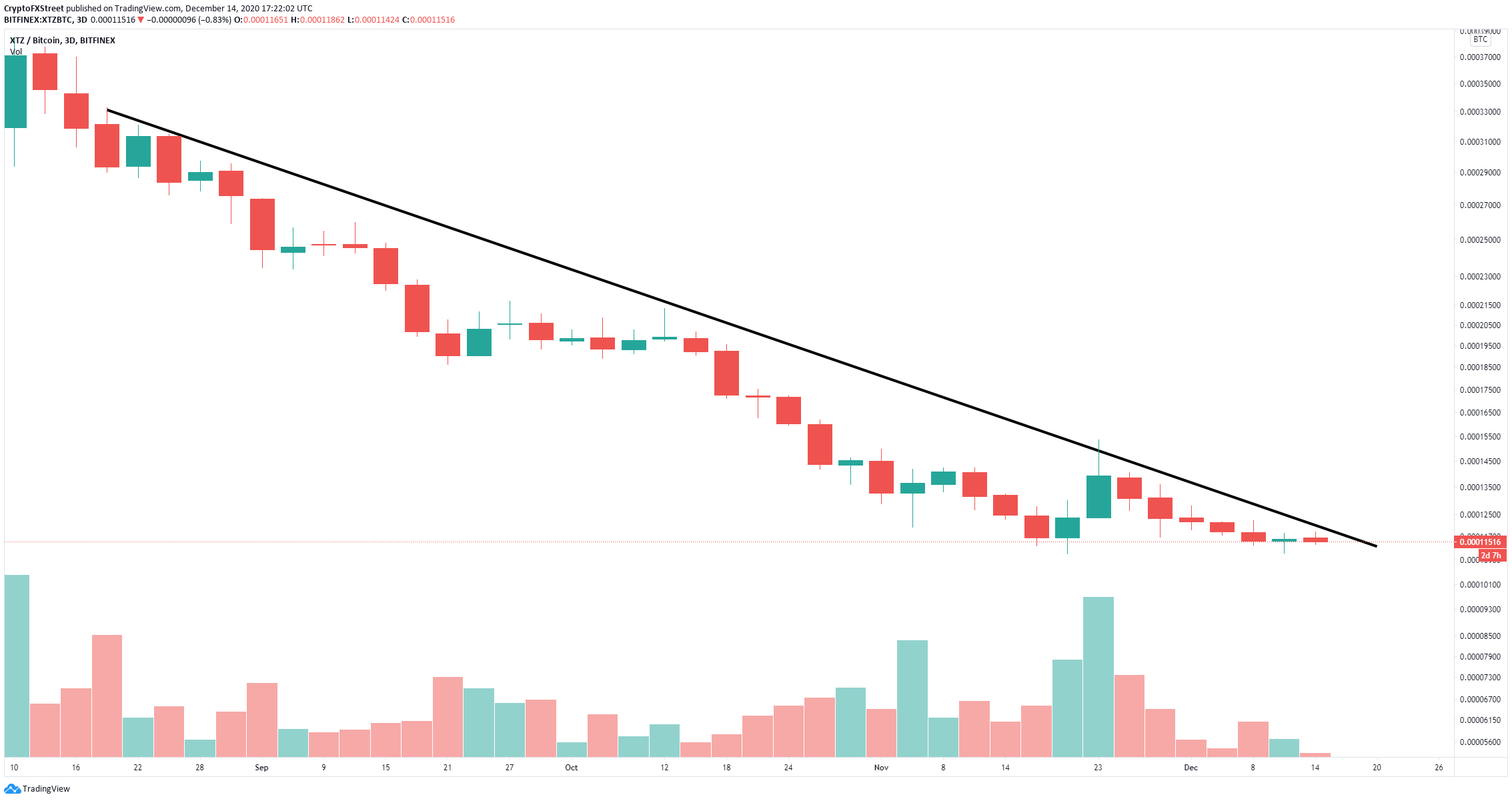 The inability to climb above this resistance level at 12,123 satoshis would be an extremely bearish indicator with the potential to not only push XTZ down to the double bottom at 11,100 satoshis but maybe even further down.