Terra (LUNA) price action has slightly recovered after the second negative print on its weekly performance in a row. The Barr looks to be set at $0.000306 as a cap to the upside for now and is currently handing bulls a firm rejection. As price action consolidates with a thinner and smaller difference between high and low, expect a decrease towards $0.000228.

Terra price action is on the cusp of booking small gains for the week as Sunday starts to unwind and nears its closing bell for cryptocurrencies. Once the ASIA PAC session takes over, this volatile week is finally set to end. Seeing the firm rejection that looks to remain unchallenged for the week, expect a sharp decline once the break happens somewhere next week.

LUNA price thus sees bulls losing the poker game this week as the turn and the river are showing good cards for bears and possibly even a royal flush that will see bulls folding and losing the big time. This should come as no surprise, seeing the huge tail risks reemerging after several speeches from Putin that only see war rhetoric to the West escalate further and set forward the use of nuclear weapons at any moment. The risk to the downside will be an implosion towards $0.000228, which is the 23.6% Fibonacci level. 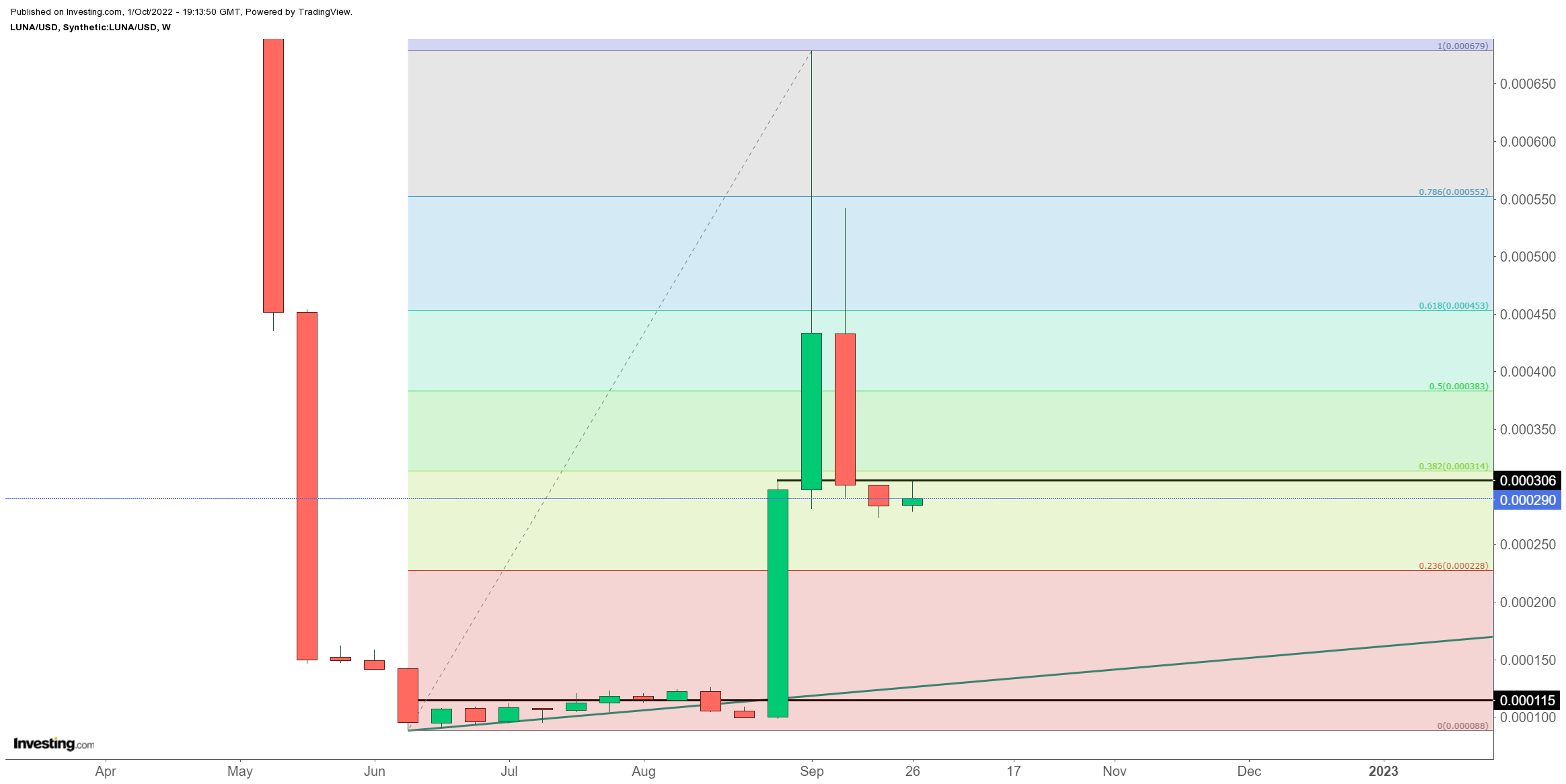 Seeing that there have or were or are some bullish movements during the week in challenging times could point to bulls venturing into a long position that resembles Indiana Jones in the Temple of Doom opening scene when he tries to steal the golden statue and next run through the catacombs with a massive stone ball rolling after him. If the bulls can avoid that last part, expect a steep reaction that could rechallenge $0.000552, or the 78.6% Fibonacci level. Expect to see some quick profit at $0.000383 at the 50% Fibonacci level.