A high-flying Solana (SOL) refused to land even in the face of a brutal sell-off in the cryptocurrency market on Tuesday. Two days later, the price of SOL rebounded to another new all-time high.

The SOL/USD exchange rate averted a big pullback over the previous 48 hours and reached $217 for the first time in history. 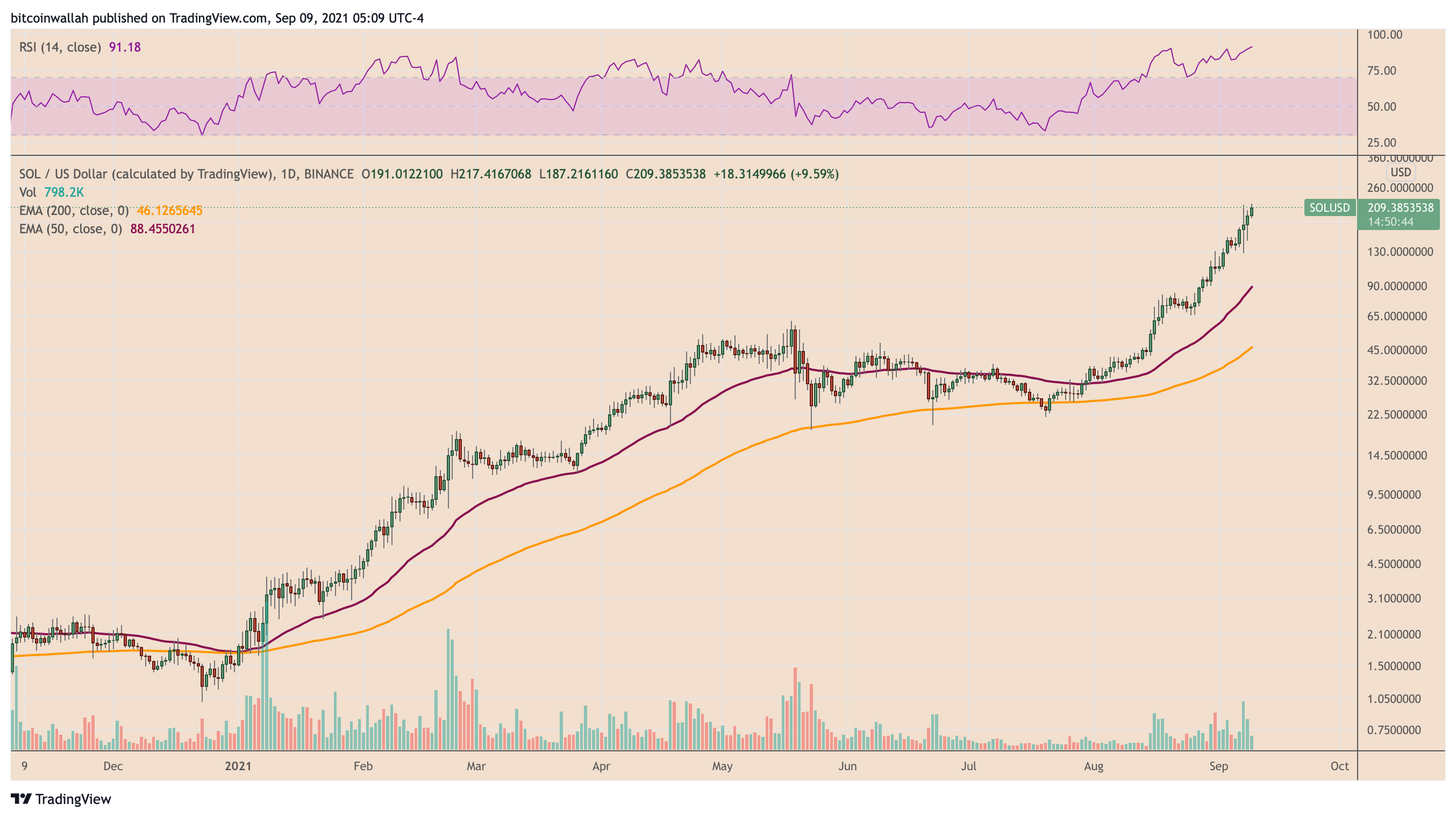 “The SOL outperformance in the market recently is more or less the continuation of its growth run in recent times,” said Petr Kozyakov, co-founder and CEO at payment service firm Mercuryo.

“With more than two different NFT project launches and minting going on in the ecosystem per day, there is an unending demand for SOL from retail buyers. As a result, it has kept the price up more than 50% this week despite a market-wide crash.”

In detail, Solana hosted the launch of the NFT Degenerate Ape Academy on Aug. 15, which featured a collection of 10,000 cartoon apes. They were sold out in just eight minutes and involved 96,000 SOL or about $5.9 million.

Solana continued its foray into the NFT space by enabling an FTX-backed digital collectibles marketplace earlier this week. FTX, a crypto derivatives platform, revealed that its new NFT venture would enable NFT creators and owners to trade their digital arts cross-chain using Solana and Ethereum.

The cryptocurrency market wiped more than $200 billion off its valuation following a sudden sell-off Tuesday. The leading digital asset by market capitalization, Bitcoin (BTC), saw its prices plunge from over $52,000 to almost $42,000 within minutes, which analysts largely blame on cascading long liquidations.

Alternative cryptocurrencies, or altcoins, which more or less tail the Bitcoin trend, dropped in tandem, with the second-largest, Ether (ETH), plunging by up to 23.41%, and its runner-up — another smart contract rival — Cardano (ADA), dropping by 30.89%. 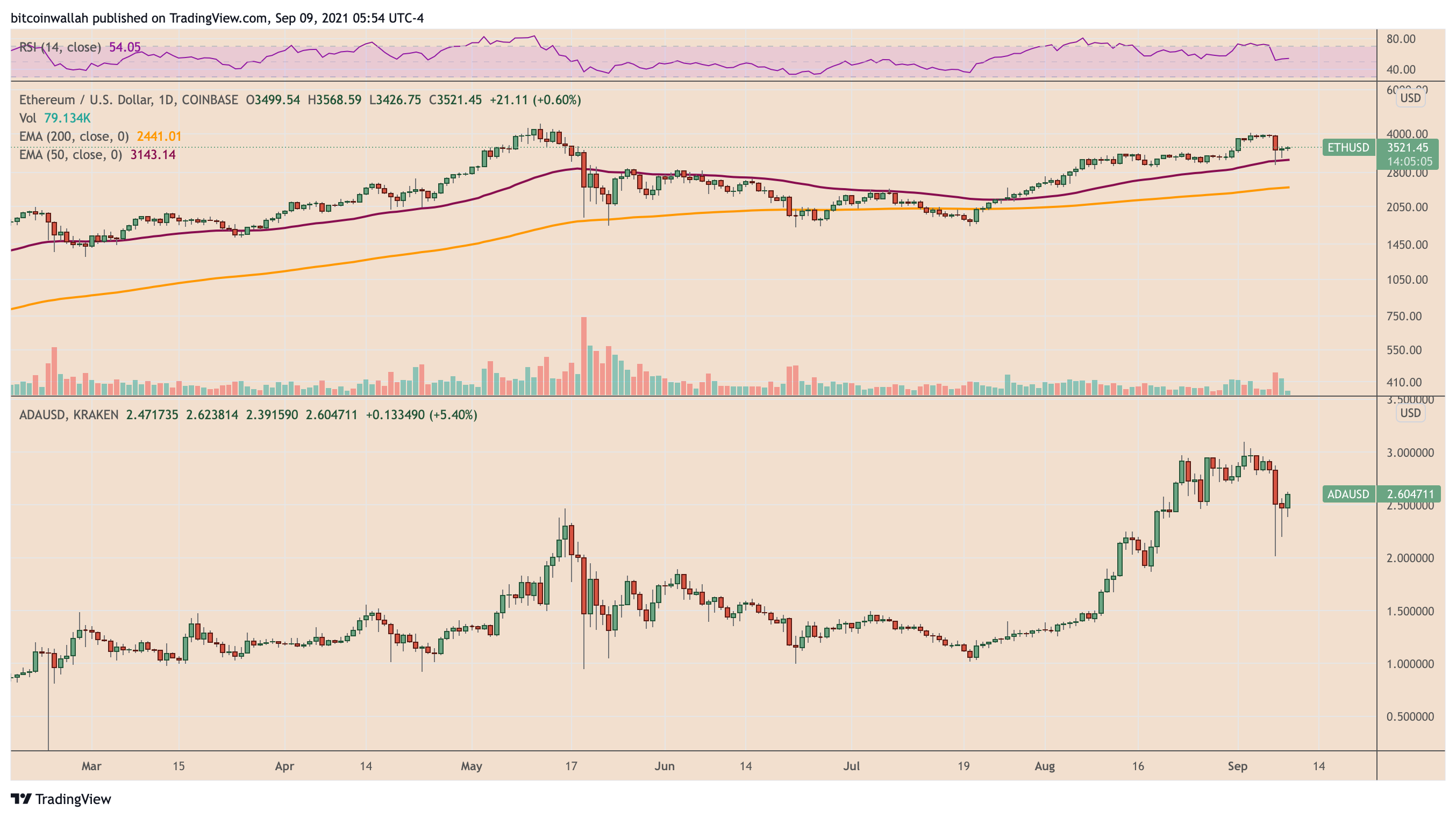 However, Solana was an exception in the sea of red. While the SOL/USD wobbled violently between gains and losses, it eventually closed the day 5.45% higher and followed it with extended upside moves in the sessions ahead.

The pair has surged almost 890% after bottoming out on July 20 at $21.96. At the same time, the total value locked inside Solana-based DeFi projects has crossed $7.81 billion, per data provided by SolanaProject.com.

Greg Waisman, co-founder and chief operating officer of Mercuryo, told Cointelegraph that he anticipates SOL to have reached $500 by the end of 2021. He noted:

“Solana’s growth runs appear to be mimicking that of Ethereum (ETH) and Binance Coin (BNB), and the $500 projection may turn out to be a conservative one for the coin.”