Shiba Inu price is up against a reasonably strong resistance area at $0.000028. $0.000028 is the daily Tenkan-Sen and the close of the end of the first rally at the beginning of October. This level represents the first roadblock to new higher highs, but a close below that level on the daily chart could trigger some further downside pressure.

The only support level below the Tenkan-Sen in the Ichimoku Kinko Hyo system is the Kijun-Sen at $0.000022, which shares that value area with the 61.8% Fibonacci retracement. Therefore, this would be a perfect support area for Shiba Inu price to find more buyers and for short sellers to profit. In addition, the 50% Fibonacci retracement at $0.000024 could also provide some near-term support. 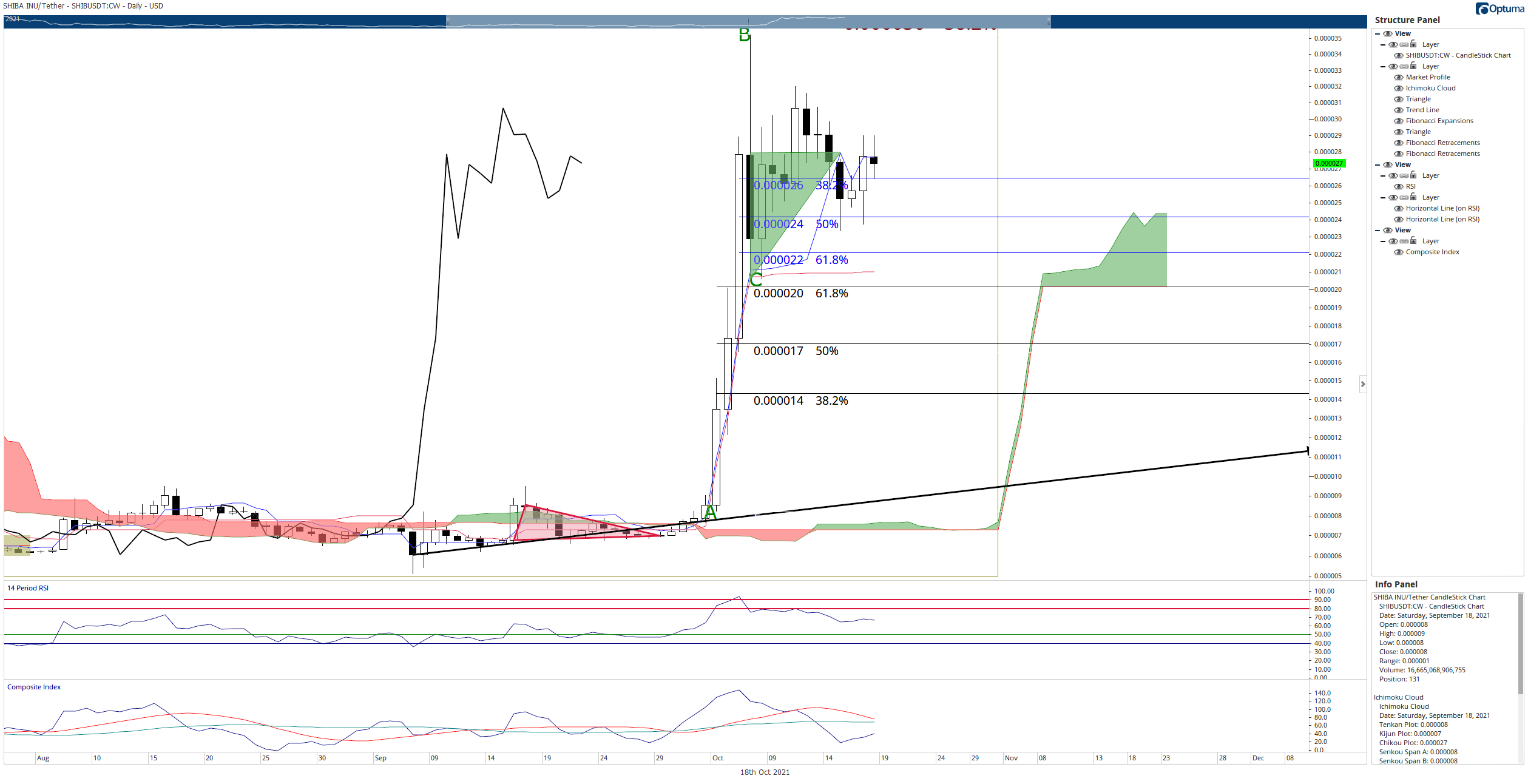 A close above yesterday's and today's daily highs ($0.000029) would likely invalidate any short-term bearish price action for Shiba Inu price. The Relative Strength Index has returned to neutral territory while the Composite Index is sloping at an angle, suggesting a cross above both of its averages is incoming. If Shiba Inu bulls can push for a close at or above $0.000029, then a retest of the recent all-time highs is likely.