Shiba Inu price has been consolidating since its local top on October 7. This coiling up price action has pushed SHIB to produce a rising wedge formation, suggesting a correction.

This technical formation forecasts a 26% downswing determined by adding the distance between the first swing high and swing low to the breakout point.

While this might seem like a steep correction, the $0.00002540 support floor will be a significant barrier. There are chances for SHIB to bounce off this level and mitigate the losses, but if the selling pressure continues to increase, a revisit of $0.00002186 is likely.

Either way, this drop will allow Shiba Inu holders to accumulate or buy the dip as a retest of $0.00002186 will form a double-bottom pattern, indicating a reversal of the downtrend and a continuation of its uptrend. 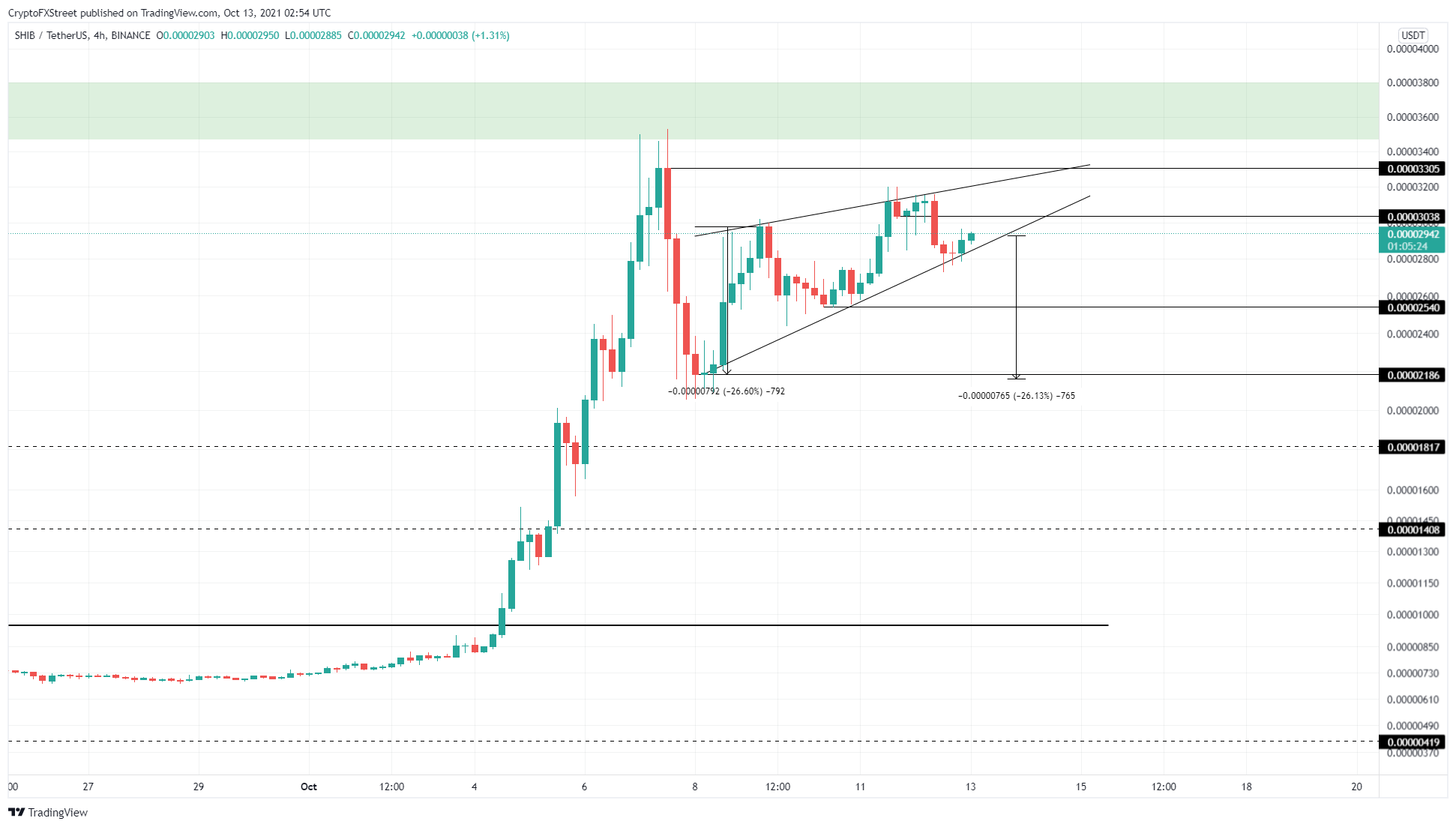 While things are looking bearish for Shiba Inu price, a decisive close above $0.00003038 will be the bears’ first sign of weakness. If SHIB buyers push it to produce a higher high above $0.00003305, it wil invalidate the bearish thesis.