The Shiba Inu community has assumed control of Shibburn.com, the burn implementation portal for SHIB users. Initially, the Ryoshi Vision (RYOSHI) handled this portal for the Shiba Inu ecosystem. With new developments from SHIB developers and massive token burns, analysts have identified what it would take for the asset to witness a massive breakout.

Also read: Bitcoin price: The slingshot is pulled back, BTC ready to test $16,900?

Shiba Inu team announced that it has taken over the SHIB burn portal and terminated its affiliation with the Ryoshi Vision (RYOSHI) team. As per the latest announcement from Shiba Inu developers, the burn portal is an important part of the ecosystem therefore the team will continue to host the portal as a part of ShibaSwap.

The burn portal Shibburn.com will be powered by the internal development team. Additional burn utility mechanics will be introduced for users, similar to the upcoming Shibarium protocol, a Layer 2 blockchain scaling solution aimed at enhancing the workings of Shiba Inu's host chain, Ethereum.

The Shiba Inu team is focused on community outreach activities for the platform in the upcoming weeks as the portal transitions to a fully operational ShibaSwap platform. ShibaSwap will allow users to swap coins without the need for an intermediary such as a traditional crypto exchange like Binance or Kraken.

The Shiba Inu ecosystem is developing a suitable strategy to reward burn portal users, incentivizing burn in more ways than one. Currently, the burnt tokens are sent to a dead wallet address and permanently removed from circulation.

Based on data from Shibburn.com, 20 million SHIB tokens were destroyed in the past 24 hours. A massive burn has purged these tokens from the meme coin’s circulating supply with the goal of removing them from circulation permanently. To date 410.38 trillion Shiba Inu tokens have been pulled out of circulation.

41.38% of Shiba Inu supply has been destroyed

Ali B, a crypto analyst evaluated the Shiba Inu price chart and identified a triple bottom level in SHIB. Ali believes the SHIB/USD pair is likely to climb towards the $0.00001060 level after gaining support at the base of the triple bottom at $0.00001001. 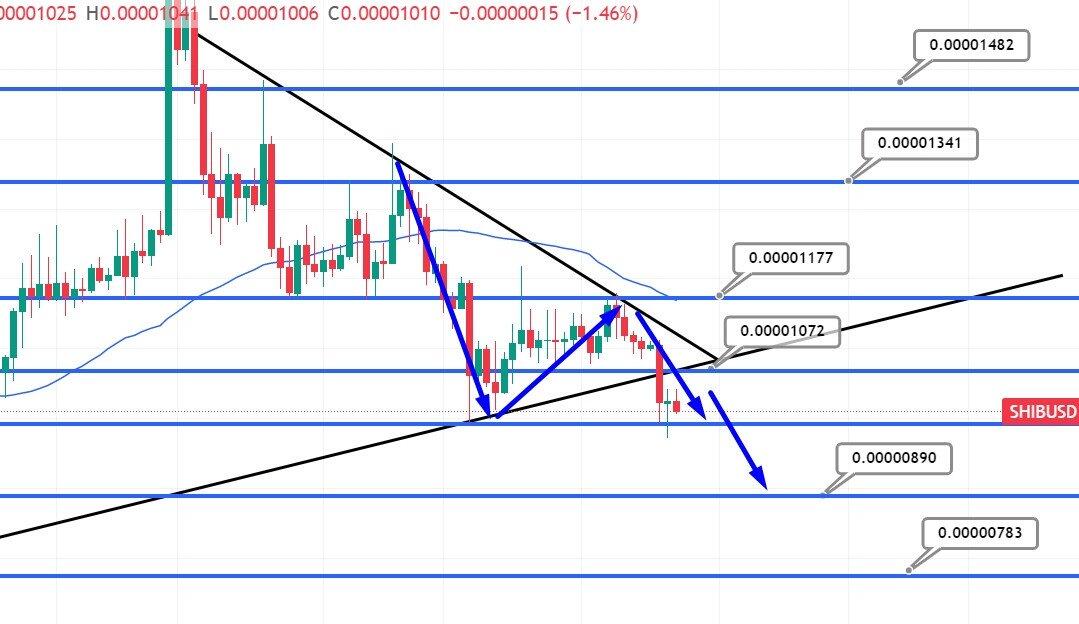