Bitcoin price trend offer mixed signals as to the direction in which BTC is headed. On-chain analysts at Jarvis Labs believe Bitcoin’s next move relies on the performance of US equities. Bitcoin price could plummet and hit the downside target of $16,900 in the short-term.

Bitcoin remained in its holding pattern as investors remain vigilant for updates on inflation. Bitcoin price struggled to sustain above the $19,000 level and yielded 6.2% losses for holders over the past week. Over the past month, BTC price ranged between the $19,000 and $21,000 level.

Traders remain cautious ahead of Wednesday’s release from the Federal Open Market Committee (FOMC), the monetary policy making body of the US Federal Reserve. The release could influence traders’ sentiment towards risk assets like Bitcoins and altcoins.

Analysts evaluated the Bitcoin supply shock ratio, a measure of coins that are not moving on the network. Will Clemente, a leading crypto analyst shared the following chart: 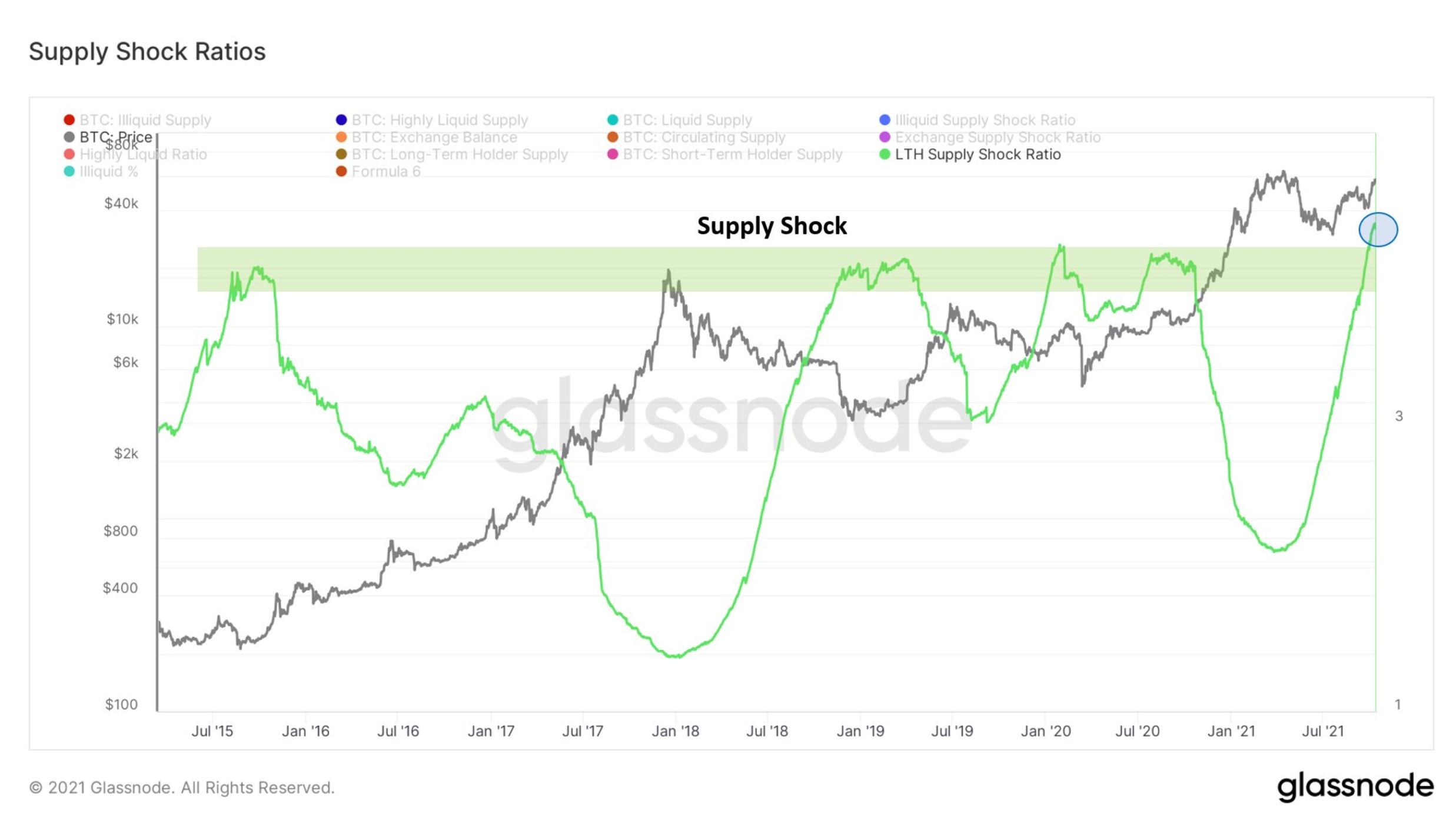 Analysts tend to categorize Bitcoin as illiquid based on the current Supply Shock Ratio level. The behavior of large wallet investors indicates reservations in transacting in Bitcoin. The higher the reading, the higher the strength of the Bitcoin price rally. Once the measure moves sideways for a period of time, there is a massive rally in BTC. The exception to the phenomenon is the March 2020 crash in Bitcoin.

The fact that a large portion of Bitcoin supply is acting in a similar manner as previous instances, paired up high open interest in Bitcoin futures makes analysts consider this a rubber band setup.

ElCryptoProf, a pseudonymous crypto analyst believes Bitcoin price is ready for accumulation at the current price level, above $19,000. The analyst used the buy/sell indicator used to mark every bottom and top in Bitcoin’s price history. 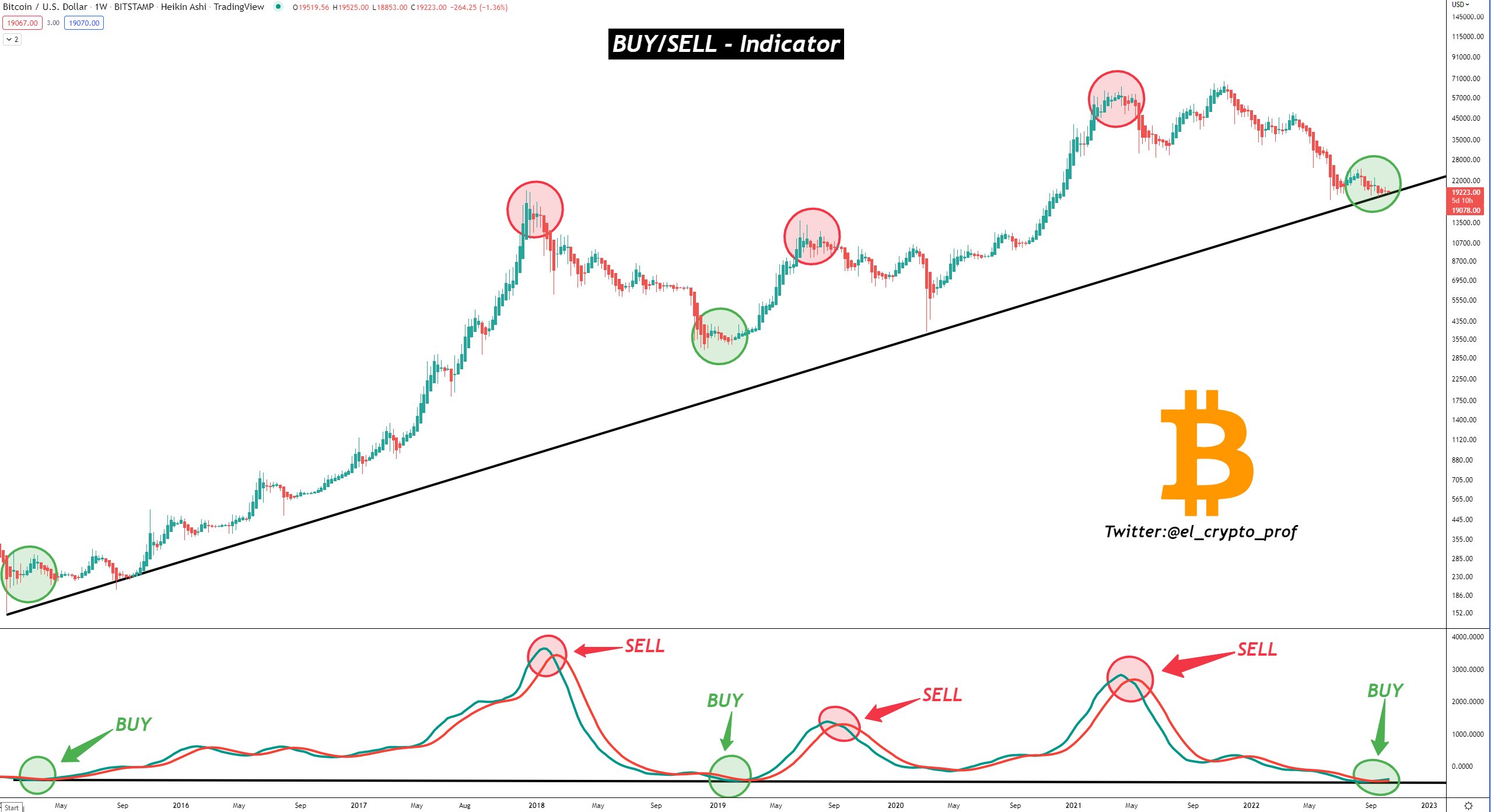