Shiba Inu offered holders 30% gains over the past week. Ethereum core developers set September 15, 2022 as the tentative date for the Merge, fueling enthusiasm among investors. Retail enthusiasm has spread to dog-themed cryptocurrencies, Shiba Inu and Dogecoin.

Whale activity on the Shiba Inu network exploded over the last four months. The network witnessed a total of 433 transactions valued upwards of $100,000. 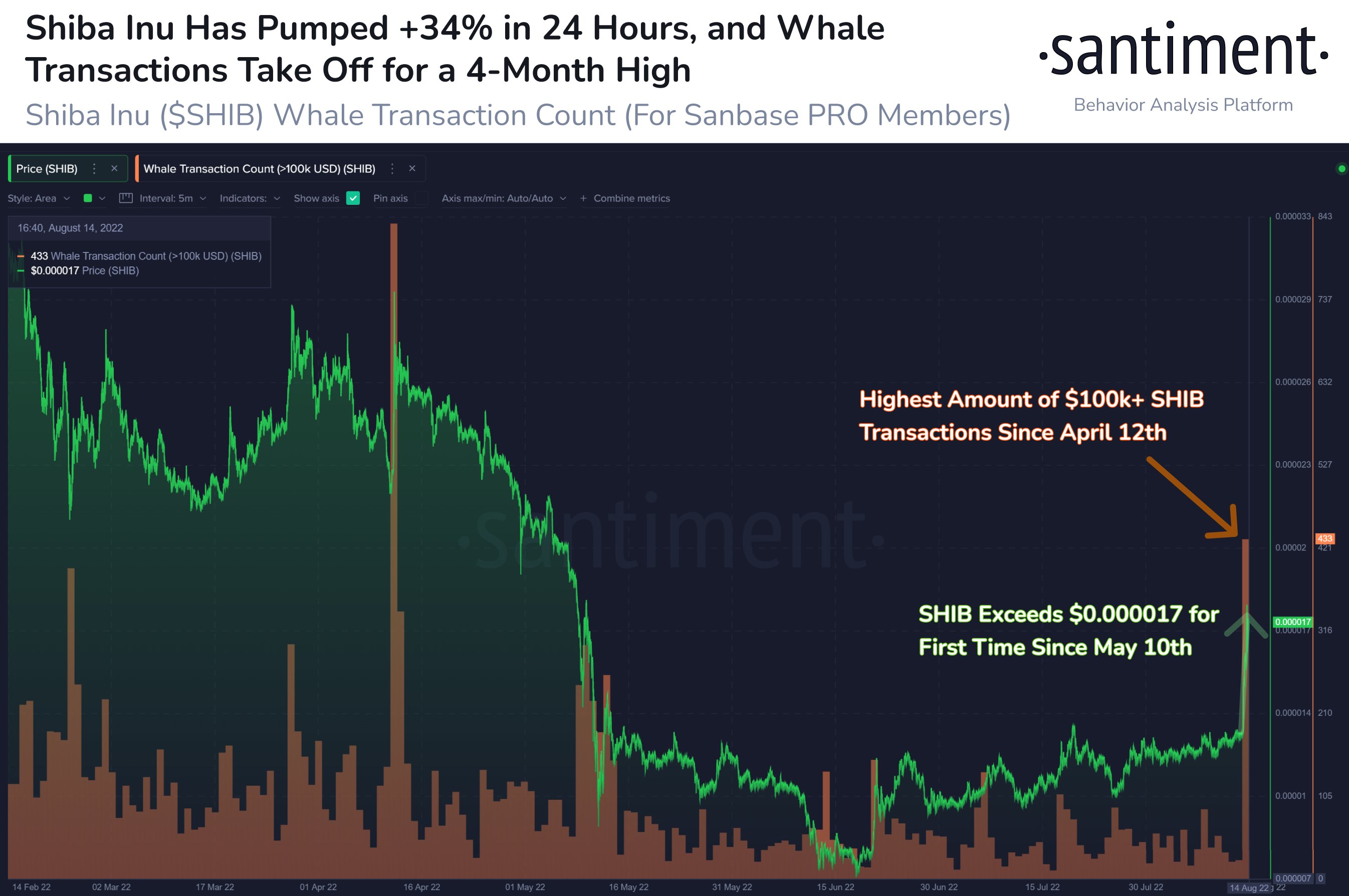 Retail investors are back in action, pushing SHIB price higher

Dogecoin and Shiba Inu have both broken out over the weekend, clear evidence that the retail investor is back.

The optimism among retail investors from Ethereum’s Merge has fueled a bullish sentiment in dog-themed cryptocurrency holders.

Shiba Inu is awaiting further upgrades and launches in its metaverse push. The launch of Shiba Eternity, an NFT card game, is one of the key factors driving the SHIB price rally.

In the past 24 hours, there have been a total of 82,942,981 $SHIB tokens burned and 15 transactions. Visit https://t.co/t0eRMnyZel to view the overall total of #SHIB tokens burned, circulating supply, and more. #shibarmy

Analysts are bullish on Shiba Inu price in the short-term

Analysts at FXStreet evaluated the Shiba Inu price trend and revealed a short-term bullish outlook on SHIB. Shiba Inu price hit the intended target of $0.00001550, posting a nearly 35% rally overnight. Analysts believe SHIB price is likely to target $0.00001400 to $0.00001550 next. 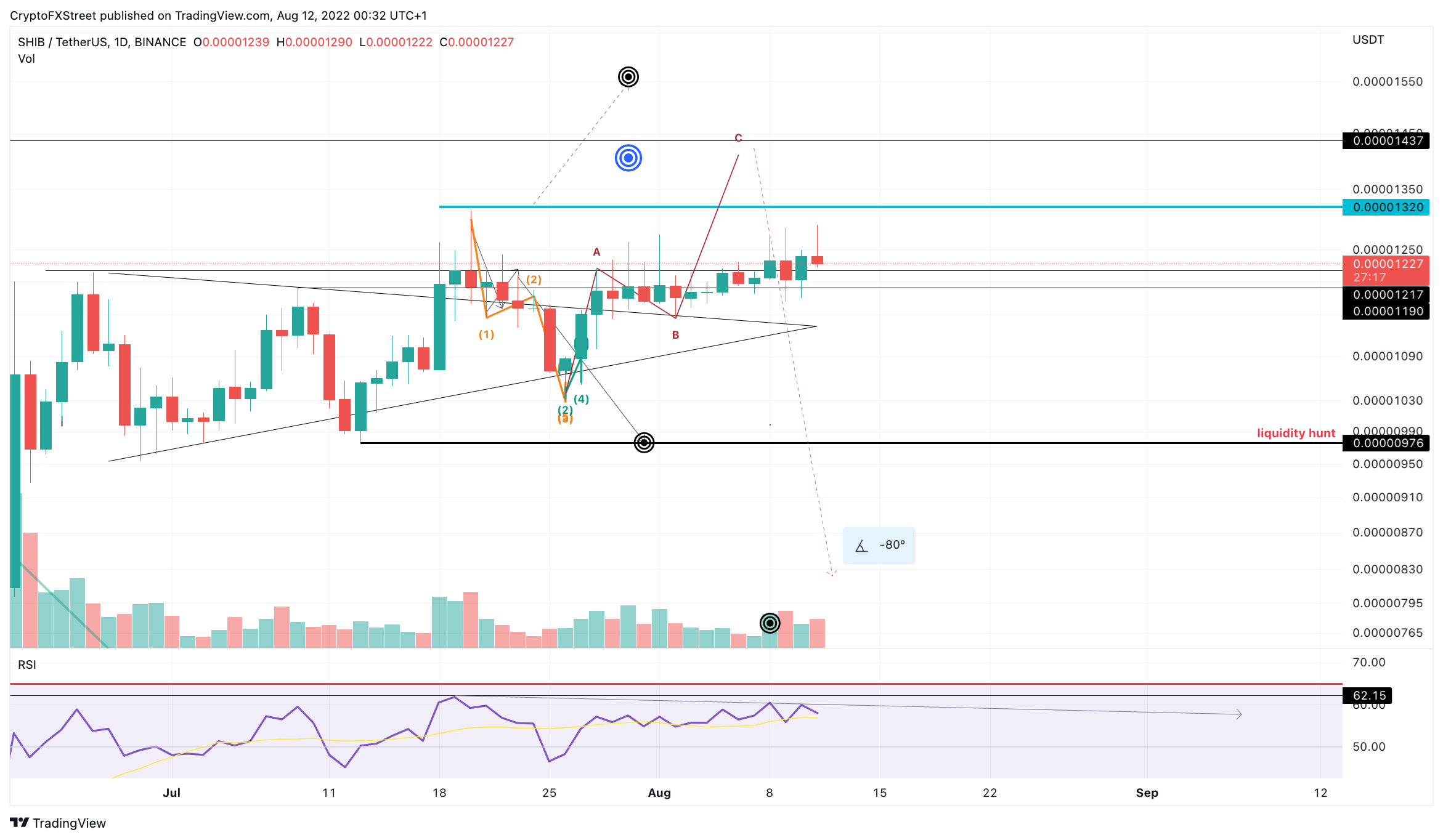 Analysts believe a lack of momentum signals an incoming correction in Shiba Inu. Analysts have evaluated the possibility of Shiba Inu’s price decline in the video below: