Shiba Inu price is in a tough place that becomes apparent as it failed to move despite Coinbase inducting SHIB into Coinbase Custody. The consolidation around two critical support levels has been ongoing for roughly two weeks now and shows no signs of a breakout.

Coinbase, one of US's most popular cryptocurrency exchanges, announced on August 3 that it would accept Shiba Inu into Coinbase Custody. Although a lot of the retail market expected this news to move the market, it did not, suggesting that the hype cycle for meme coins has died.

Regardless, this move from Coinbase indicates that investors on its platform are actively holding their purchases, be it Shiba Inu or other cryptocurrencies, and they want a safer place to store their assets, which explains the announcement.

Despite this development being fundamentally positive for the dog-themed cryptocurrency, its effect on the market value seems to have been delayed. On the other hand, technicals also indicate an incoming bullish breakout. Therefore, going forward, investors can expect a massive spike in buying pressure that results in an exponential growth in Shiba Inu price.

Shiba Inu price is currently hovering around the $0.00000654 and $0.00000625 support levels. These barriers came into existence on May 19 and June 8, respectively. Since then, any breach below these footholds was followed by a successful flip, resulting in a massive spike in buying pressure (circled areas).

However, unlike previous instances, SHIB has failed to react after a reclaim of $0.00000654. Moreover, the last time Shiba Inu price consolidated for over two weeks was just before the 2,933% upswing between May 7 to May 10.

All in all, the compression that Shiba Inu price is undergoing indicates that it will result in a bullish breakout that retests the 50% Fibonacci retracement level at $0.00000870. 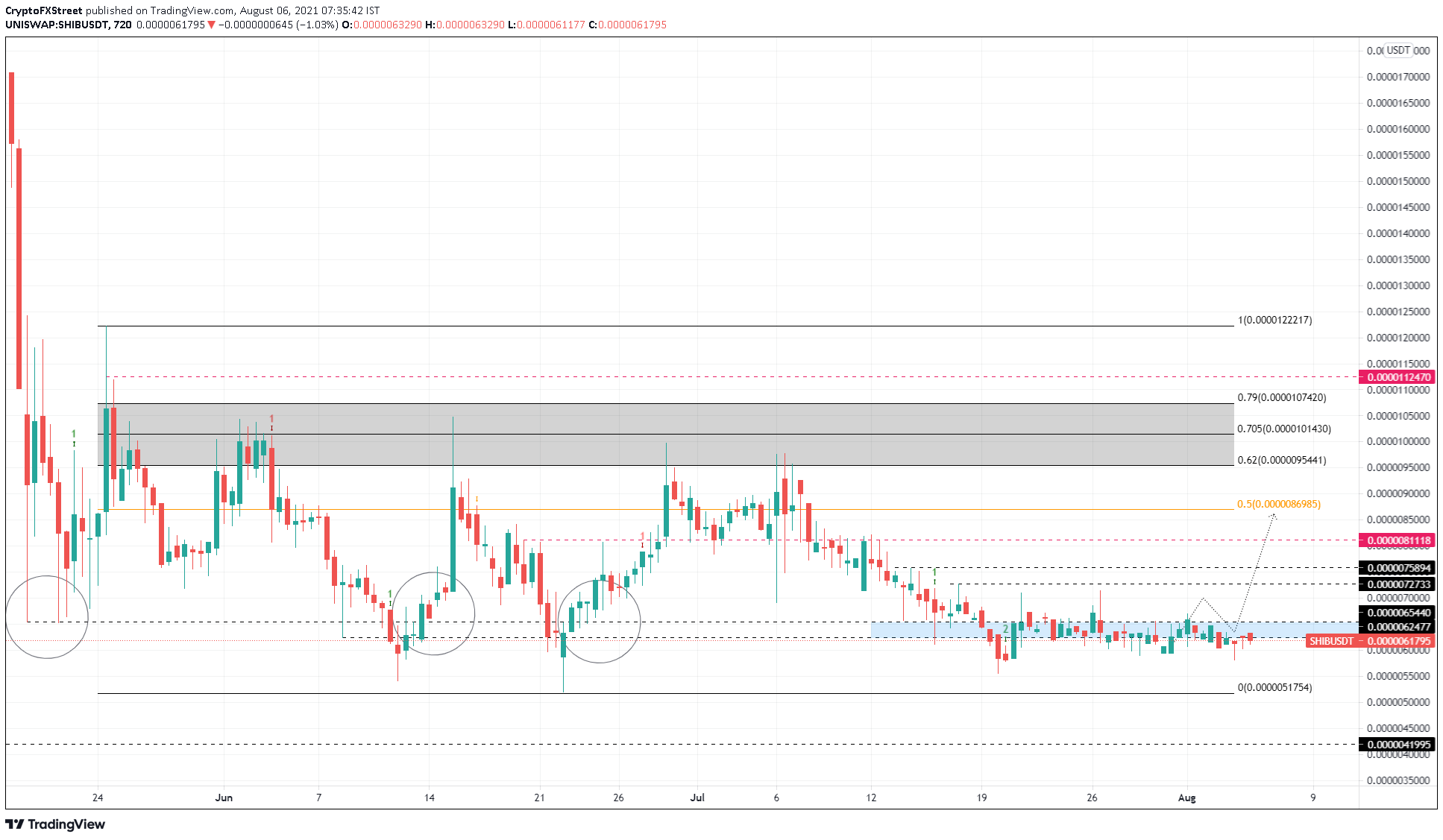