XRP price is grappling with a significant resistance barrier after months of trying to flip it. The most recent failure could result in a steep correction, especially if Bitcoin price crashes. While the structure for cryptocurrencies remains indecisive, Congressman Brad Sherman said in a recent interview that the US Securities and Exchange Commission (SEC) will prevail in its investigation into Ripple.

While the lawsuit is yet to bear fruit, if SEC does win, it would be a body blow for the remittance token and could trigger a massive crash. For now, however, things seem to be siding with bears after multiple attempts fail to break above the immediate hurdle.

XRP price used the $0.381 level as a foothold between May 13 and June 10. After a breakdown on June 11, the altcoin has been trying to reclaim it but the four attempts so far have failed to yield any results

The last rejection was on August 8 and indicates that the XRP price is likely to reverse its direction soon. If the larger ecosystem also flips bearish due to the incoming inflation announcement scheduled on August 10, things could get extremely volatile.

A bearish onslaught could see XRP price crash to the $0.340 support level. A breakdown of this barrier could result in a further decline that retests the $0.287 to $0.311 demand zone. In total, this downswing would constitute a 17% move. 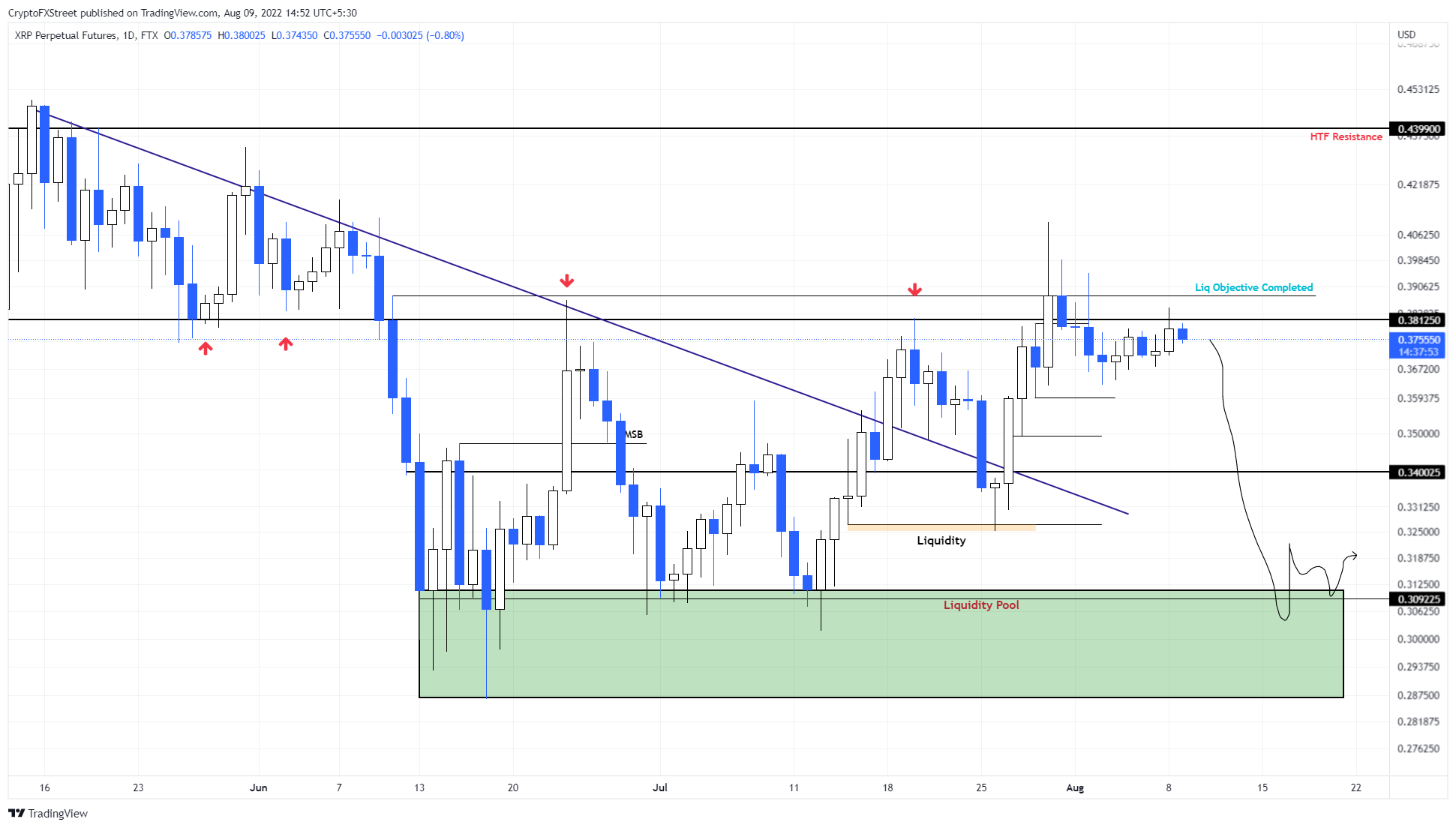 On the other hand, if XRP price musters more buying pressure and flips the $0.381 level into a support floor, it will invalidate the bearish thesis. In such a case, investors can expect Ripple to make a move that propels it up to $0.439.

After a series of successful high-priced nonfungible token (NFT) sales, Christie’s has launched its own dedicated NFT "on-chain auction platform," allowing auctions to be carried out fully on-chain on the Ethereum network.