SafeMoon price struggles to establish a clear floor after pulling back nearly 50% from the all-time highs it established in late October. Last Friday showed some evidence that a continuation move higher may occur, but that quickly fizzled out.

The slope of the Relative Strength Index warns of a test of the first oversold condition in a bull market at 50. Additionally, traders will want to observe how the Composite Index behaves when it approaches its moving averages. Any rejection of a bullish crossover of the Composite Index and its moving averages could signal that the current SafeMoon price support is likely to fail. 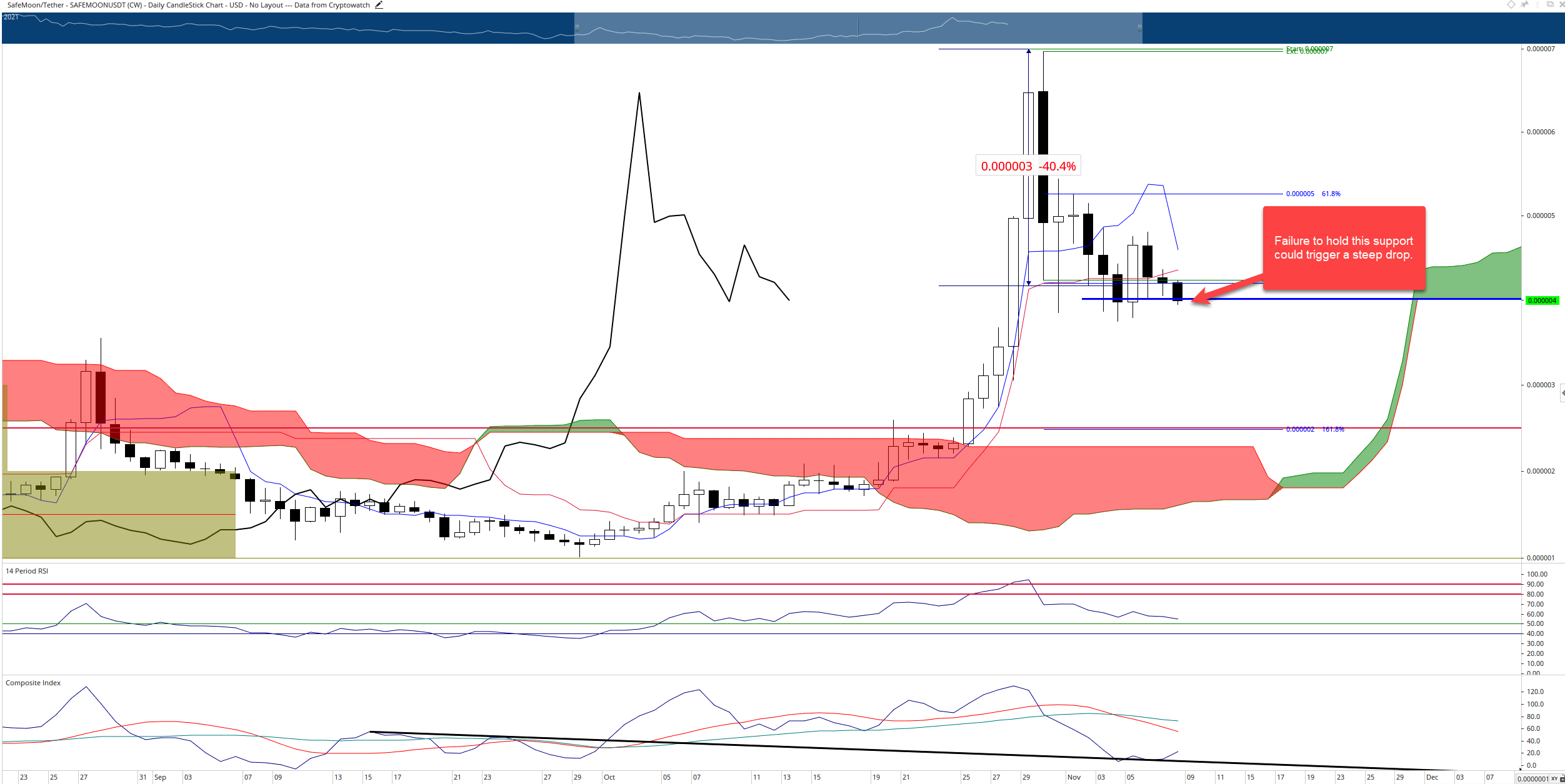 The bearish bias could be invalidated if SafeMoon price can return to a close above the Kijun-Sen and Tenkan-Sen. This would mean buyers need to push SafeMoon to a close at or above $0.0000045. From there, SafeMoon is likely to retest the all-time highs at $0.0000070.