SafeMoon price has done relatively well, considering it made new all-time lows as recently as September 29th. The past few days have resulted in some sideways trading conditions, but this should be positive as the time spent has created a solid and flat Kijun-Sen level as support.

SafeMoon price, while below Cloud, is not far away from an early entry that could trigger a massive breakout higher. There are only two conditions within the Ichimoku Kinko Hyo system presently preventing a bullish breakout. The first is a close above the Tenkan-Sen. Second, and most important, is the Chikou Span closing above the Candlesticks.

A daily close at or above $0.0000027 would fulfill the two conditions listed above. From there, a move higher would likely put the Relative Strength Index above 65 – thereby eliminating the current bear market conditions – and the Composite Index would likely find support against its slow-moving average. SafeMoon price, likewise, would have a confirmed higher low and likely enough momentum to push towards new two-month highs. 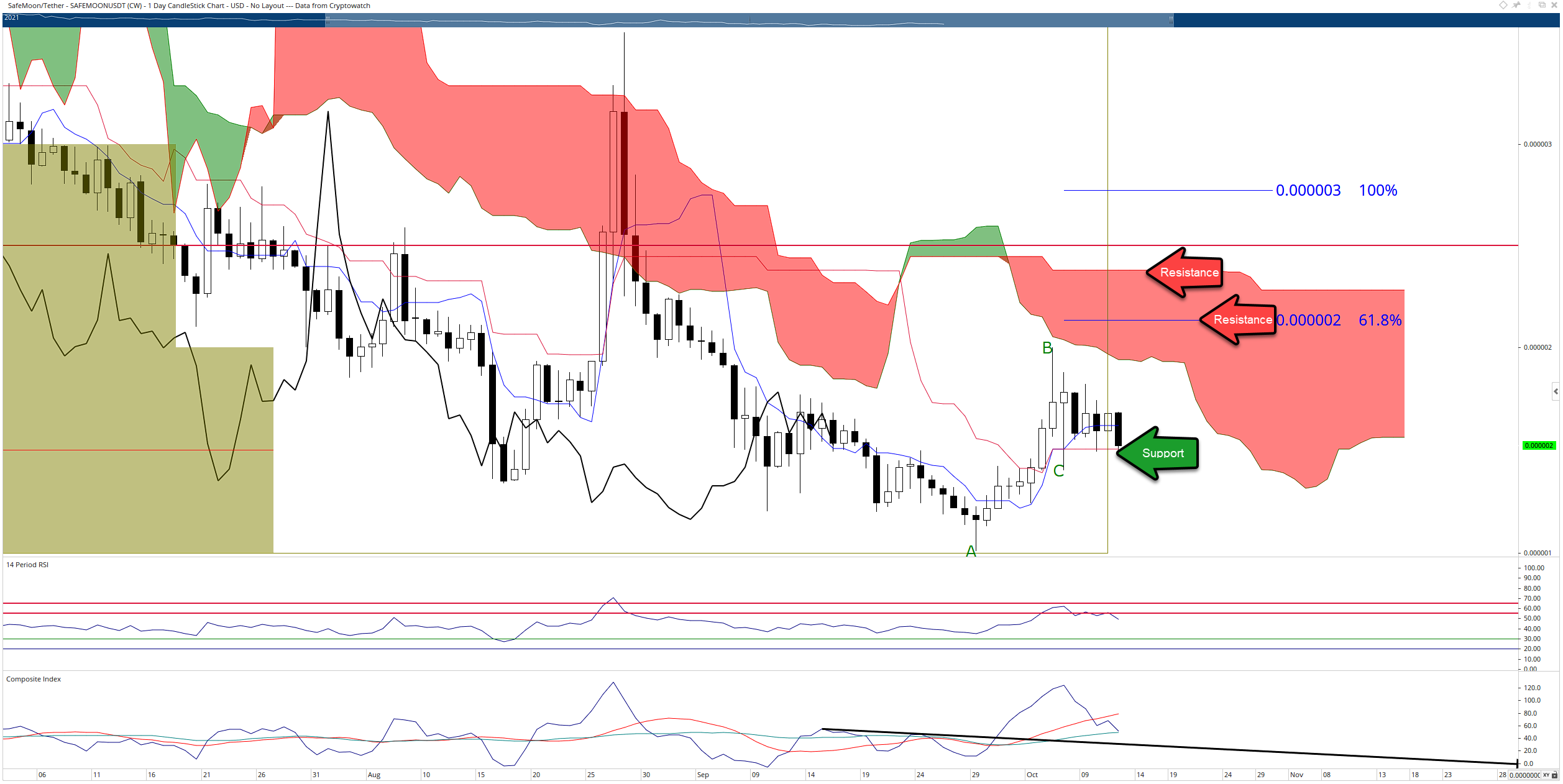 SafeMoon price would need to return to a close below the Kijun-Sen with the Chikou Span below the candlesticks and in ‘open-space’ to invalidate the current bullish outlook. For both of those conditions to be true, SafeMoon would need to close below $0.0000012.