SafeMoon (SAFEMOON) price action has managed to break out of the downtrend that lasted several months. The bullish breakout came as cryptocurrencies gained new attention, with Bitcoin hitting $50.000. The favorable tailwind got translated into added volume and price action in SAFEMOON breaking above $0.00000200.

SAFEMOON price was in favor of bulls that were able to break above the red descending trend line. It will be critical going forward that bulls stay above this trend line. If the trend line acts as an entry point for more buying volume in SafeMoon, that will spell green lights for more gains soon. 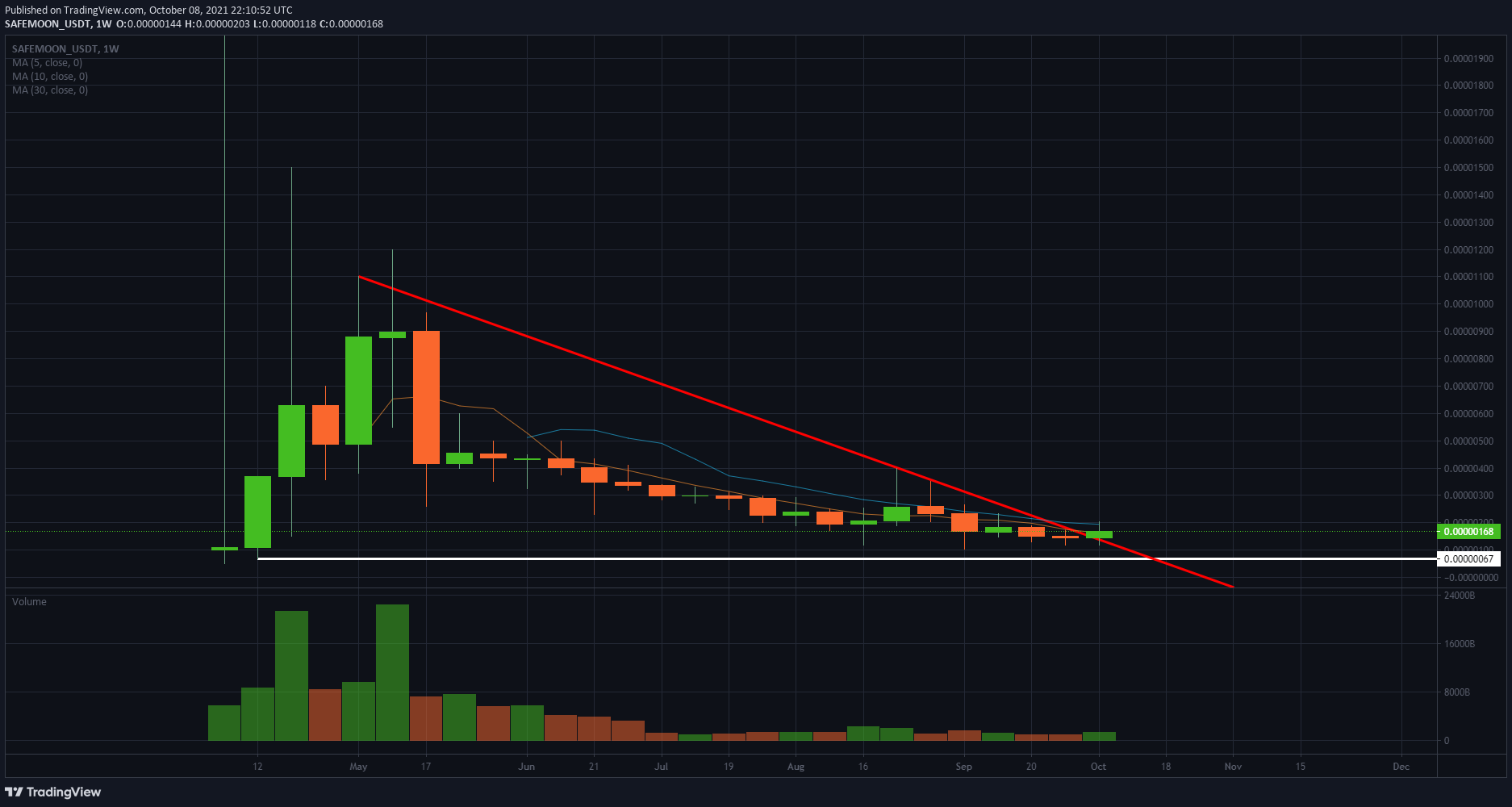 Expect buyers to try and reclaim the 10-weeks Simple Moving Average (SMA) at $0.00000194. The following profit taking level is around $0.00000400, which was the high from August. But that would only be possible if favorable tailwinds keep price action underpinned.

Should those favorable tailwinds start to fade in SafeMoon, expect bears to quickly regain control and ramp price action first back below the red descending trend line. This would add further negative attention and invite more bears into SAFEMOON price action. A retest of $0.00000067 would then be inevitable.