SafeMoon price was traversing a falling wedge pattern since September 6 but broke out of it on September 29. Although the run-up from this point pushed it very close to its theoretical targets, SAFEMOON has another leg-up under its sleeve.

SafeMoon price set up three lower highs and lower lows since September 6. Drawing trend lines connecting these swing points results in the formation of a falling wedge. This technical formation has a bullish bias and forecasts a 40% upswing to $.00000181, determined by measuring the distance between the first swing high and swing low and adding it to the breakout point.

SafeMoon price broke out on September 29 and came very close to hitting the intended target. Regardless, SAFEMOON is consolidating between $0.00000181 and $0.00000140, anticipating another leg-up.

While this is bullish, SafeMoon price needs to hold above $0.00000140 for the optimistic outlook to come to light. Doing so will allow the altcoin to shatter $0.000000181 and make a run at the buy-stop liquidity resting above the September 4 swing high at $0.00000240. This climb would constitute a 54% ascent from its current position. 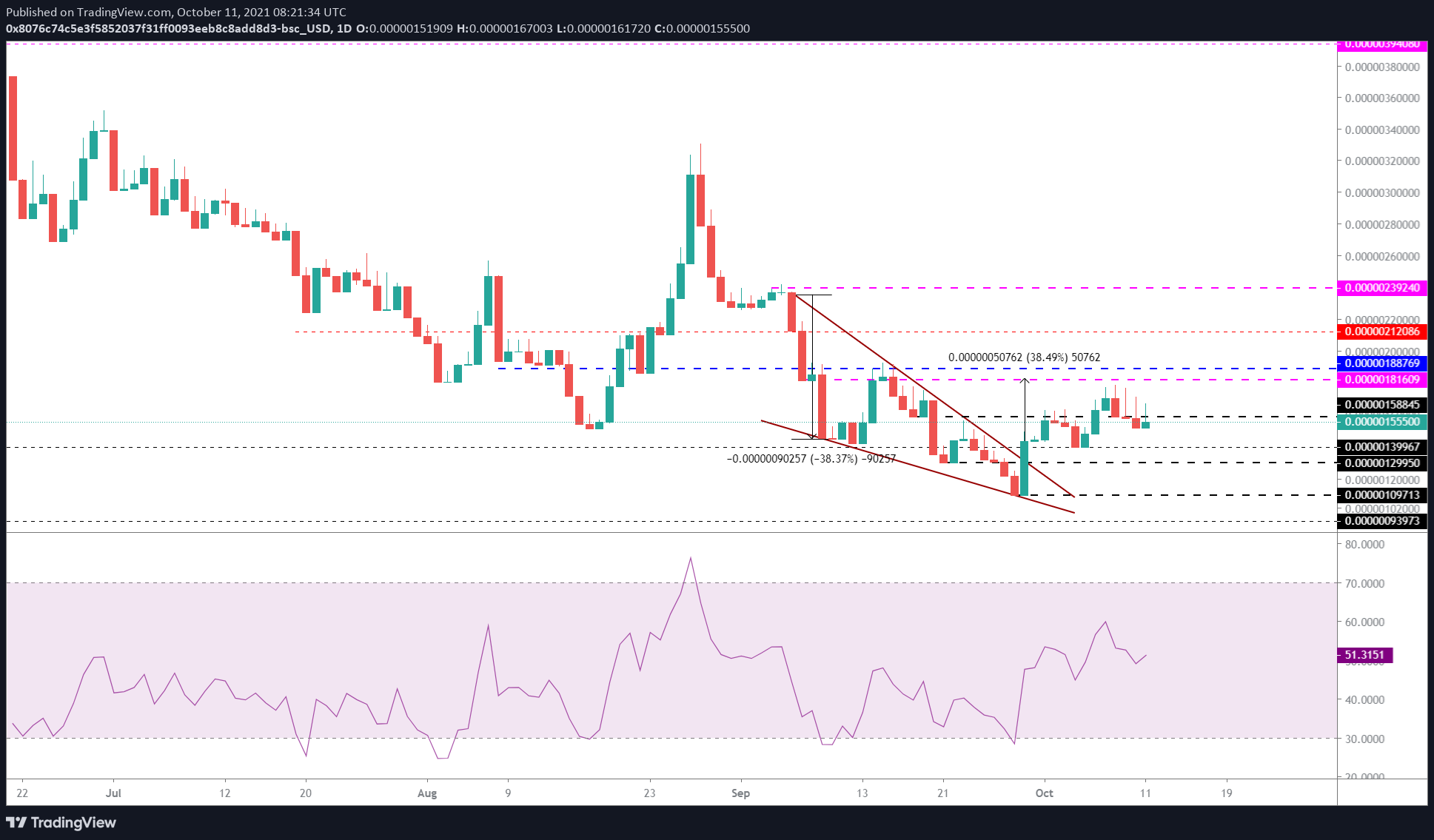