XRP suffered a massive blow in the past 24 hours as the U.S. Securities and Exchange Commission (SEC) plans to sue Ripple. Brad Garlinghouse, CEO of Ripple stated that the lawsuit is shocking and an attack on the entire cryptocurrency industry.

On the 12-hour chart, XRP has formed a descending triangle pattern and a robust support level at $0.45. This level also coincides with the 100-SMA, adding even more strength to it. However, a breakdown below this point will most likely drive Ripple price towards a low of $0.30, which is a 35% drop. 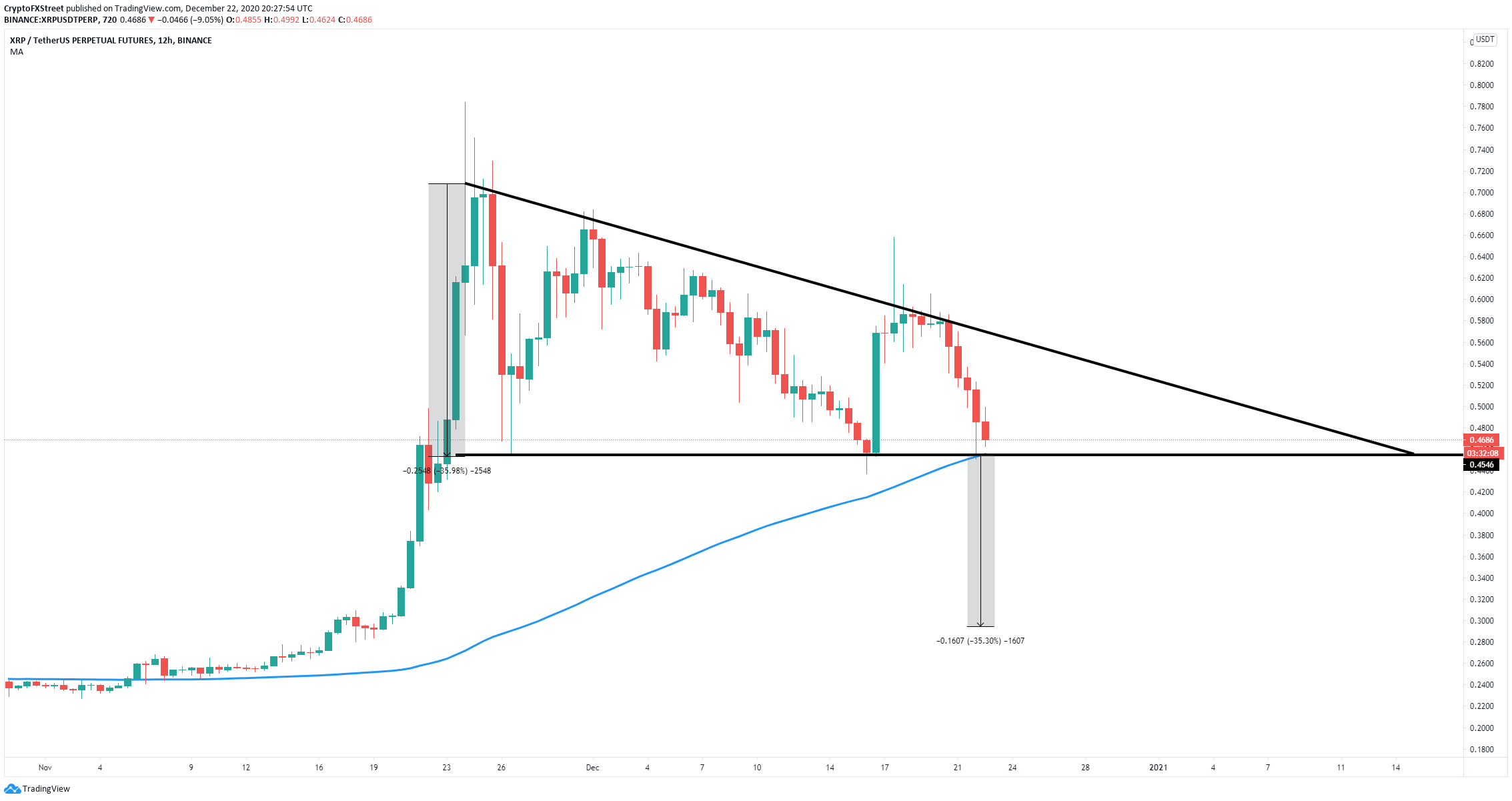 Bears seem to be in full control and have pushed Ripple price below the 50-SMA and the 100-SMA on the 4-hour chart. Again, the most critical support level is $0.45 which needs to be defended. 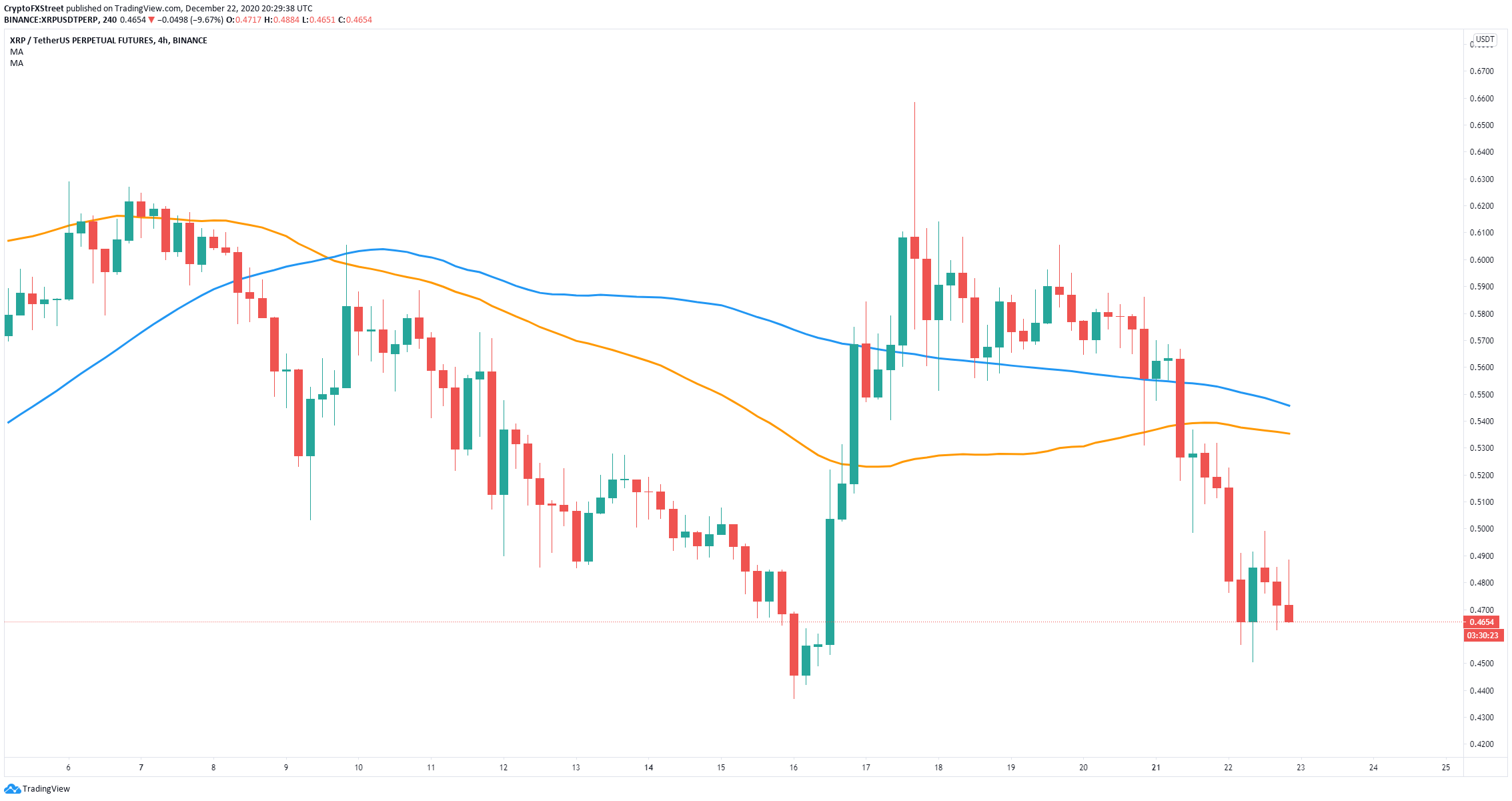 However, it seems that the number of whales, although it has dropped a bit in the past 24 hours, it remains in an uptrend which indicates they are not that worried about the potential upcoming lawsuit.