Polkadot price was on a constant upswing since the crash a few weeks ago. However, DOT is currently sitting below stiff resistance levels that could invoke a downswing.

Polkadot price has recouped nearly 50% of its losses after the market crash between April 17 and April 23. While an upswing seems likely, investors should note that the resistance level at $38.70 will hinder any bullish momentum.

If this barrier is cleared, the supply zone, extending from $42 to $44.06, will be the next point of contention. The Momentum Reversal Indicator’s preemptive top signal in the form of a yellow arrow on the current 12-hour candlestick adds to this bearish picture.

Additionally, the 50 and 100 twelve-hour Simple Moving Averages (SMA) at $37.05 will play a pivotal role. A decisive close below the SMAs or rejection at any of these levels will lead to a correction toward the demand barrier that stretches from $32.56 to $34.25.

While this scenario is not bullish per se, it will allow the buyers to recuperate for the next leg. However, a breakdown of the 200 SMA at $32.58 will invoke a massive bearish outlook that could push Polkadot price to $27.95. 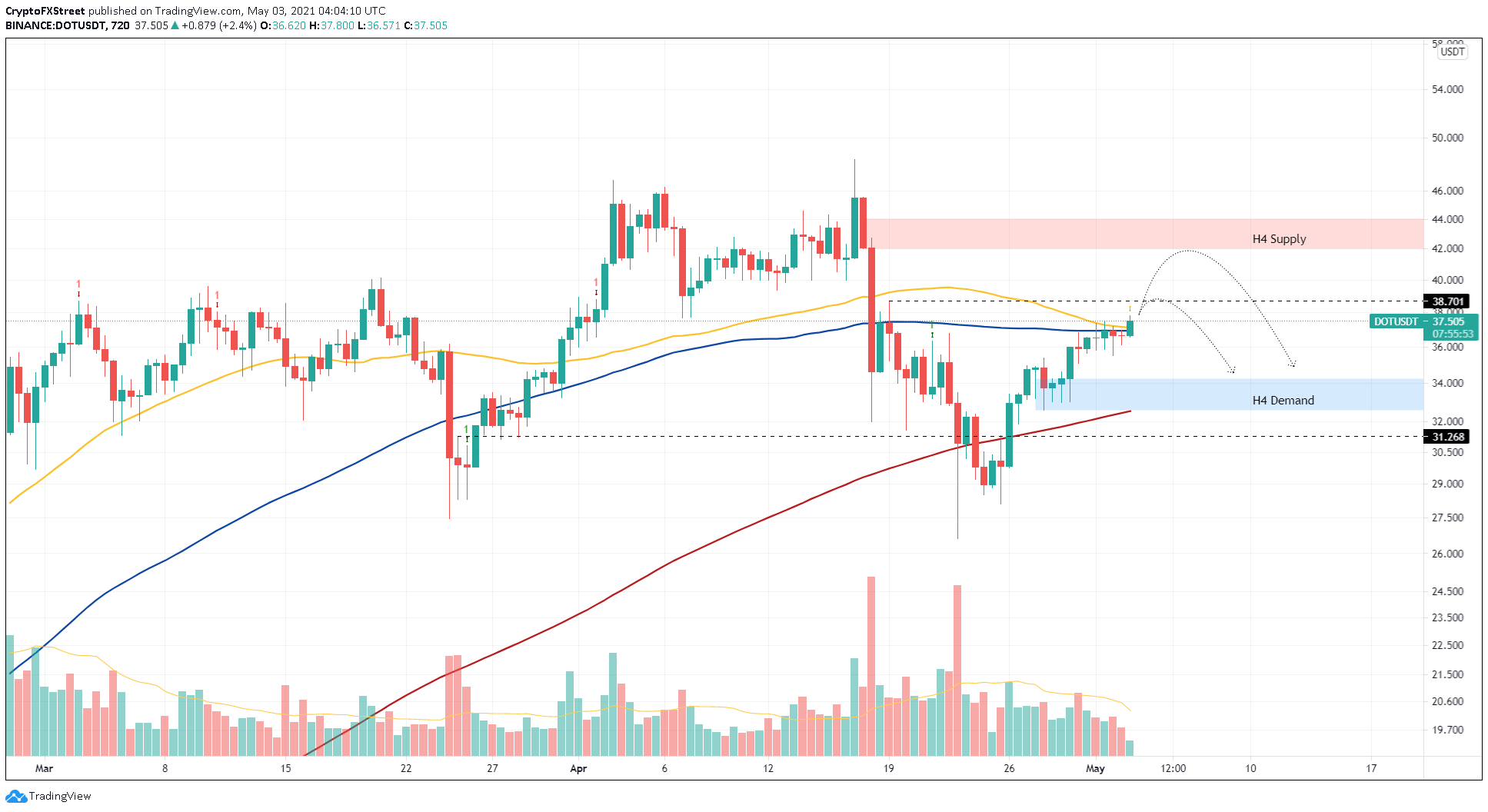 While the upswing does not seem likely from a technical standpoint, investors should note that a potential spike in buying pressure that results in a decisive 12-hour candlestick close above the supply zone’s upper trend line at $44.06 will kick-start an uptrend.

Under these circumstances, Polkadot price could surge another 10% to retest its all-time high at $48.36.