Polkadot has been one of the most successful crypto projects in the last year, reaching a market capitalization of over $30 billion in months. Although the final product is not ready, investors are confident in the team, which includes Gavin Wood, co-founder of Ethereum and creator of Polkadot.

Polkadot closer than ever to its final release

One of the most anticipated projects on Polkadot, Clover, just conducted a successful token sale on Coinlist, one of the biggest fundraising platforms in the cryptocurrency market. Clover is a project that intends to create a multi-chain wallet while reducing fees. Viven Kirby, co-founder of Clover, stated:

We believe that a custom-built DeFi infrastructure on Polkadot and Kusama will provide cross-chain compatibility, interoperability, and a seamless multi chain user experience that users are currently missing.

Over the upcoming months, users will be able to participate in multiple token sale offerings built on Polkadot as the platform is almost fully launched. According to the roadmap, once parachains are live on Polkadot, the product will be fully completed.

The current stage is the testnet rollout, which will be followed by the Kusama rollout and slot auctions.

On the 12-hour chart, the TD Sequential indicator presented a buy signal in the form of a green ‘9’ and seems to be getting significant continuation. The most noteworthy resistance level is $35.6, which is the 61.8% Fibonacci retracement level. 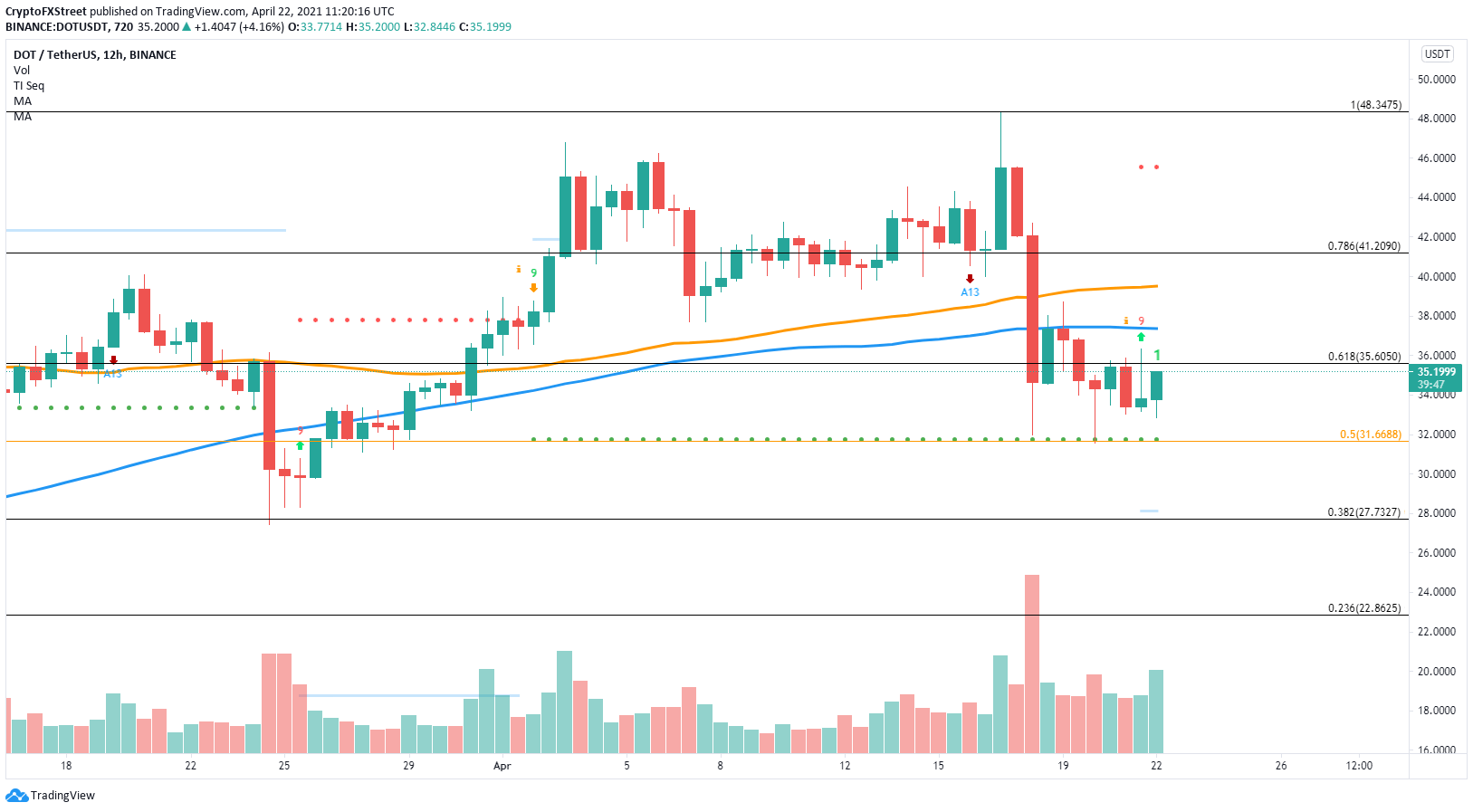 However, on the 4-hour chart, the digital asset has established a bearish pennant. The most significant support level is located at $33.1. 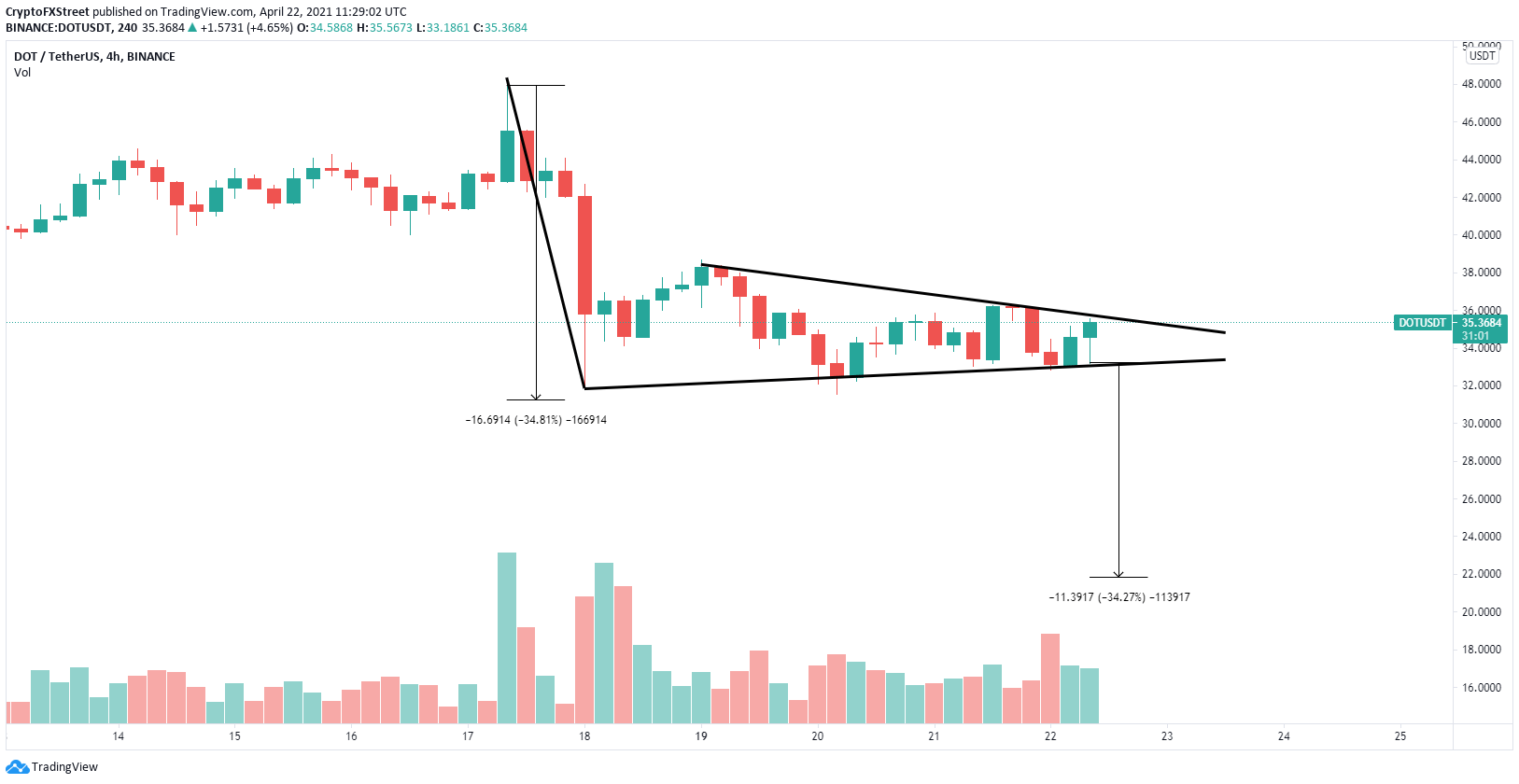 A 4-hour candlestick close below this key support level would confirm a breakdown that has a long-term price target of $22.