Monero, a $2.7 billion cryptocurrency performed incredibly well in 2020, leaving other privacy-oriented coins in the dust. According to Messari, a cryptocurrency analysis platform, XMR is up 249% year-on-year and is trading at $155.

Decred emerged as the second best-performing privacy coin, after growing by 142%. Zcash settled for the third spot following a 129% spike in 2020. 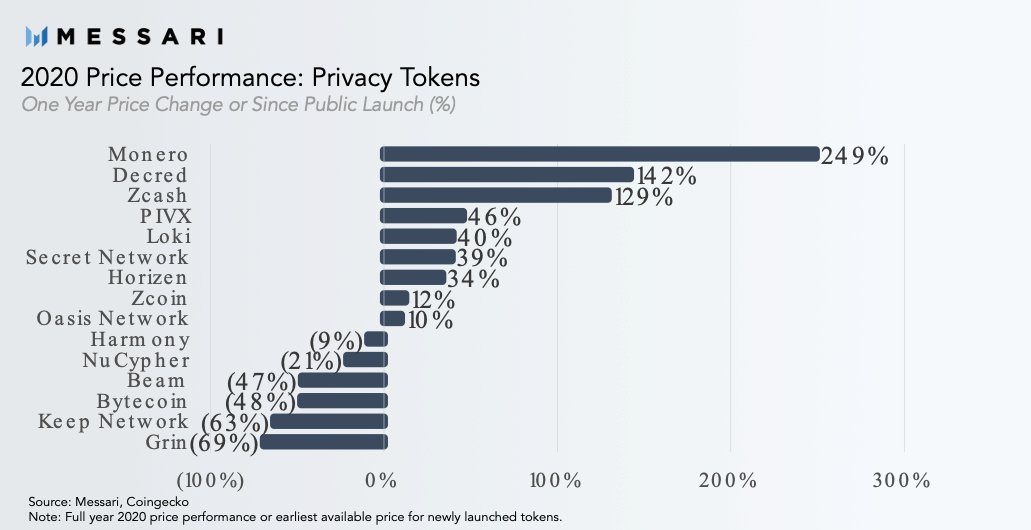 Monero is poised for a massive upswing

XMR/USD is trading within the confines of a symmetrical triangle on the hourly chart. The chart pattern is created by converging a couple of trendlines that link a series of sequential peaks and troughs. Generally, the trendlines are supposed to cross at an approximately equal slope. The formation brings to light a period of consolidation ahead of either a breakout or a breakdown.

A breakout happens at the descending trendline and signifies the start of a bullish trend. Symmetrical patterns tend to have precise price targets for the breakout or breakdown, mainly measured from the highest point to the pattern's lowest point.

For now, if a breakout occurs above the upper trendline, Monero could shoot up 25% to exchange hands at $200. Before the losses incurred over the last 48 hours, XMR had rallied close to this higher price level. Therefore, only a boost is required to elevate and place the privacy-centric token on another jaw-dropping performance streak in 2021.

On the other hand, a breakdown from the symmetrical triangle occurs from the ascending trendline and identifies the beginning of a downtrend. Its impact is contrary to the above bullish outlook. In this case, the losses would extend 25% from the current price level, testing the support at $115.