MicroStrategy Incorporated (Nasdaq: MSTR) stood out in 2020 as one of the companies that went all-in on Bitcoin as an investment asset. The company's core business is intelligence while it is publicly traded on Nasdaq.

Following the investment, MSTR's correlation to Bitcoin (BTC) has grown by 67%. In addition to that, its stock has increased in value by a massive 200%.

MicroStrategy reaps the fruits of investing in Bitcoin

On December 21, MicroStrategy purchased an additional 29,646 BTC for roughly $650 million. The coins were bought in cash as per the terms provided by the Treasury Reserve Policy at an average cost per coin of $21,928.

The intelligence company is said to hold 70,470 Bitcoin with an approximated value of $2.5 billion. According to the CEO of the firm, Michael J. Saylor:

The acquisition of additional bitcoins announced reaffirms our belief that Bitcoin, as the world's most widely-adopted cryptocurrency, is a dependable store of value.  We believe the proactive management of our balance sheet, combined with the improved revenue and profitability performance of the company, have been significant factors in the recent appreciation in our stock price.

The optimistic outlook highlighted by Saylor has been confirmed by the 200% growth in the value of MSTR. With the correlation between the stock asset (MSTR) and the unconventional digital asset (BTC) growing to roughly 67% in the last 30 days, it is evident that the flagship cryptocurrency can be a growth catalyst to traditional investments. 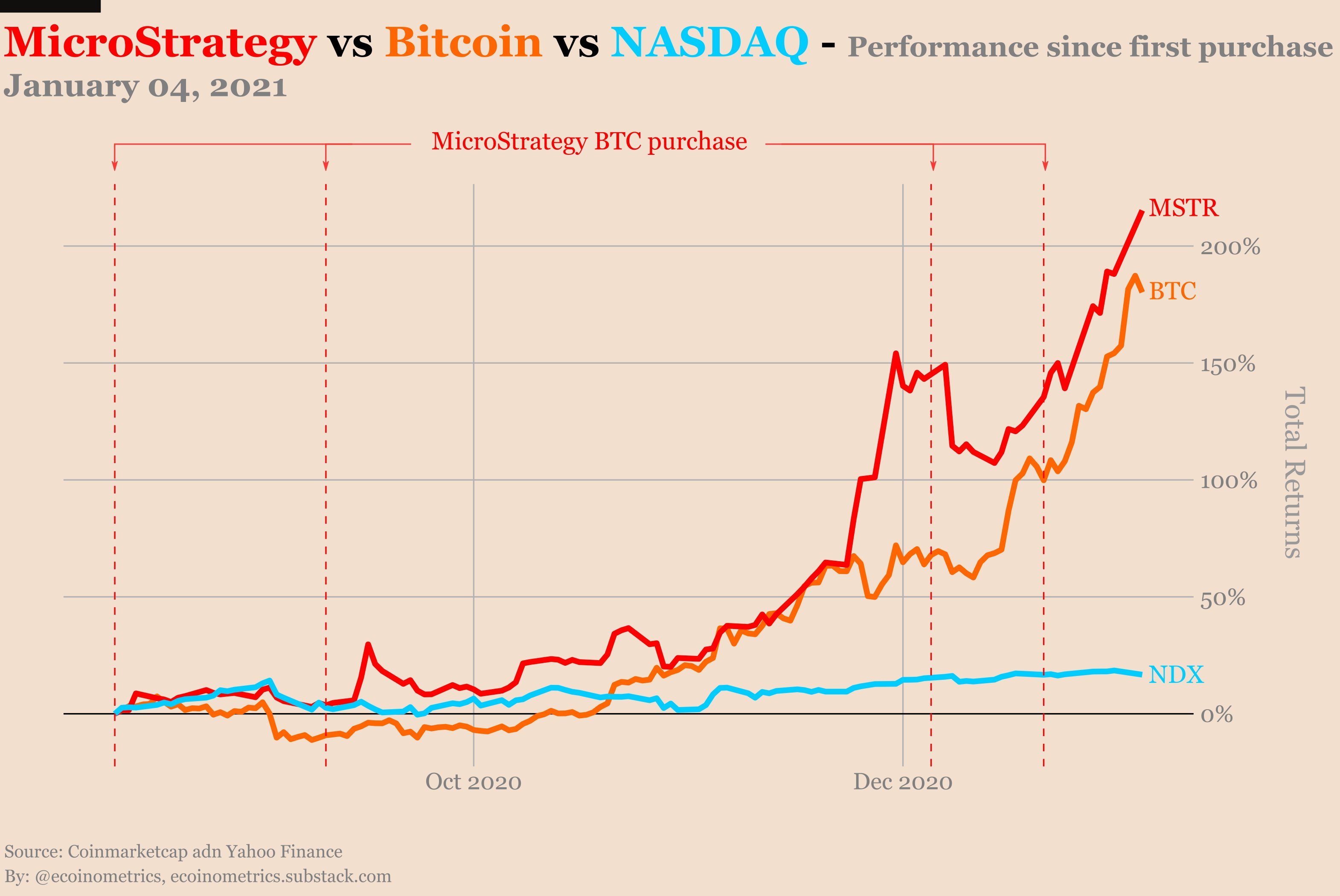 The chart below shows a near-zero growth value of Nasdaq (NDX) within the same period. Another chart shows MicroStrategy's return on Bitcoin treasury holdings growing by over 60% from levels slightly above 40%. 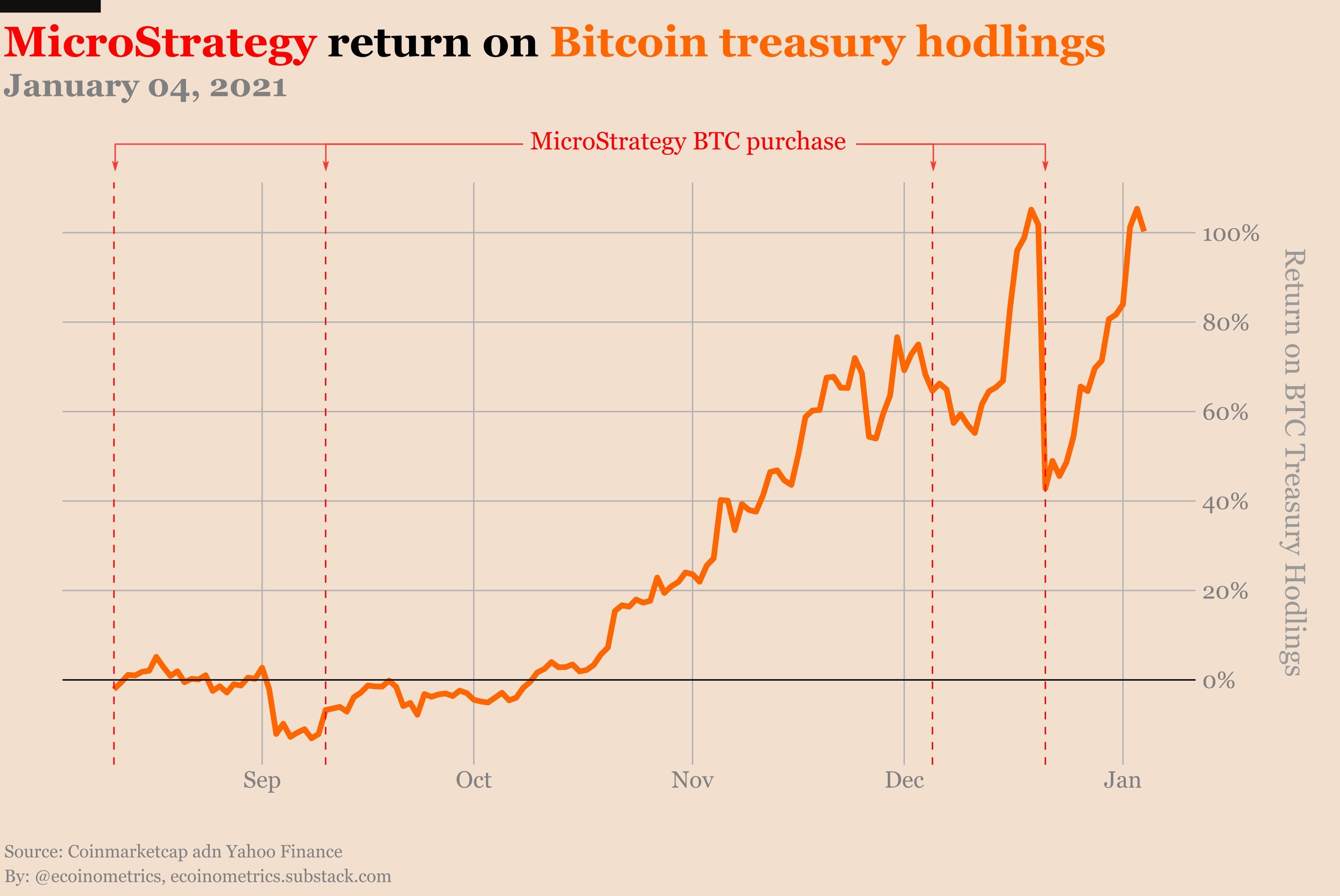 Institutions such as Massachusetts Mutual Life Insurance (MassMutual) could increase their $100 million holdings in Bitcoin. Guggenheim Investments is likely to sink more money behind the cryptocurrency, considering that the firm's CEO, Scott Minerd, recently told Bloomberg that his BTC trading $400,000 in the future.

Bitcoin is trading at $34,650 after hitting a new all-time high at $35,888. As discussed earlier, the forerunner is getting ready for an ultimate liftoff to $50,000. However, investors should expect a correction or consolidation before the breakout. For now, establishing support at $34,000 is key to sustaining the uptrend.