The business intelligence software company has continued to signal confidence in the world’s largest cryptocurrency with a new round of purchases.

MicroStrategy shares have risen in tandem with Bitcoin

MicroStrategy has announced another $15 million purchase of Bitcoin — an additional 253 BTC for an average purchase price of $59,339 per coin.

While MicroStrategy continues to hold its Bitcoin, its unrealized profit has reached roughly $3.15 billion, or a 140% return. The intelligence company made its initial purchase of Bitcoin in August 2020 and its last purchase on March 12.

Since its first investment into the pioneer cryptocurrency, MicroStrategy has completed two convertible debt offerings to raise capital to finance additional Bitcoin purchases.

MicroStrategy CEO Michael Saylor has become an advocate for the leading cryptocurrency, as he continued to call on other companies to purchase the digital currency as an investment. The CEO believes that Bitcoin will reach a market cap of $100 trillion.

As the Bitcoin price has surged by over 418% since August 2020, shares of MicroStrategy have benefitted as well, returning over 422% in the same period. 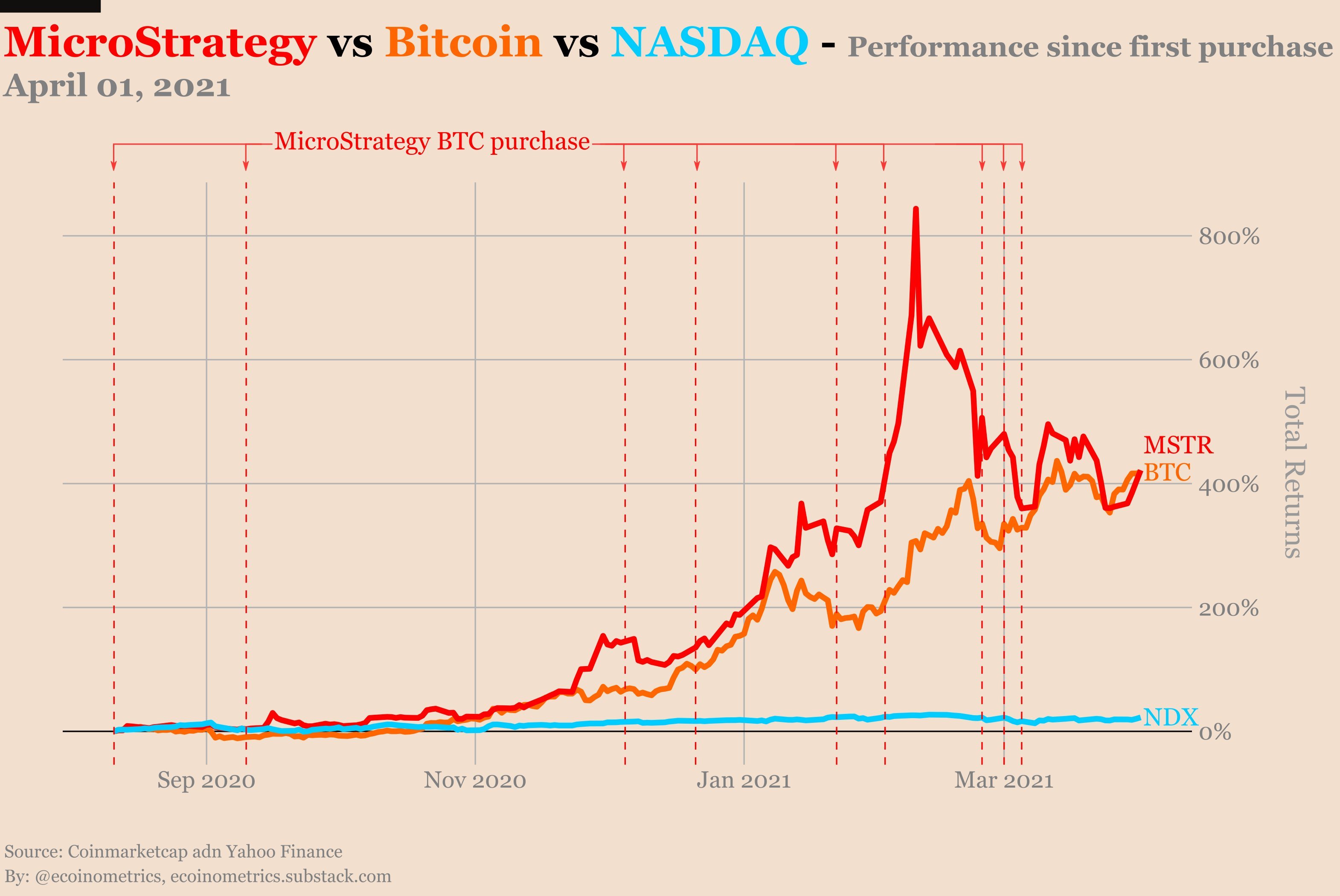 Over 21 public companies have disclosed that they have allocated a portion of their treasury to Bitcoin.

Grayscale Investments recently announced that it wants to convert its Bitcoin Trust into an ETF when the regulatory environment allows. Increased adoption has led to a surge in the price of cryptocurrencies, with Ethereum (ETH) recently making an all-time high.

No doubt, the push from large institutions has been an essential part of boosting the crypto market cap, as the crypto community continues to expect an even greater bull run ahead.