Litecoin price action may soon entice a large number of sellers still on the sidelines to finally commit to some short positions. Buyers attempted to wrest control out of the bear's hands by simultaneously targeting a close above the daily Tenkan-Sen and Kijun-Sen. Success at doing so would trigger what could be the first leg of a new uptrend. However, bulls failed and LTC sold off.

If Litecoin price closed above the Tenkan-Sen and Kijun-Sen, the next Ichimoku resistance level doesn't show up until the bottom of the Cloud (Senkou Span A) at $165. So a move to $165 would be the first test of the Ichimoku Cloud since breaking out below it on December 5, 2021.

That Litecoin price was so close to completing the first truly bullish reversal in six months will continue to weigh on any future bullish participation. 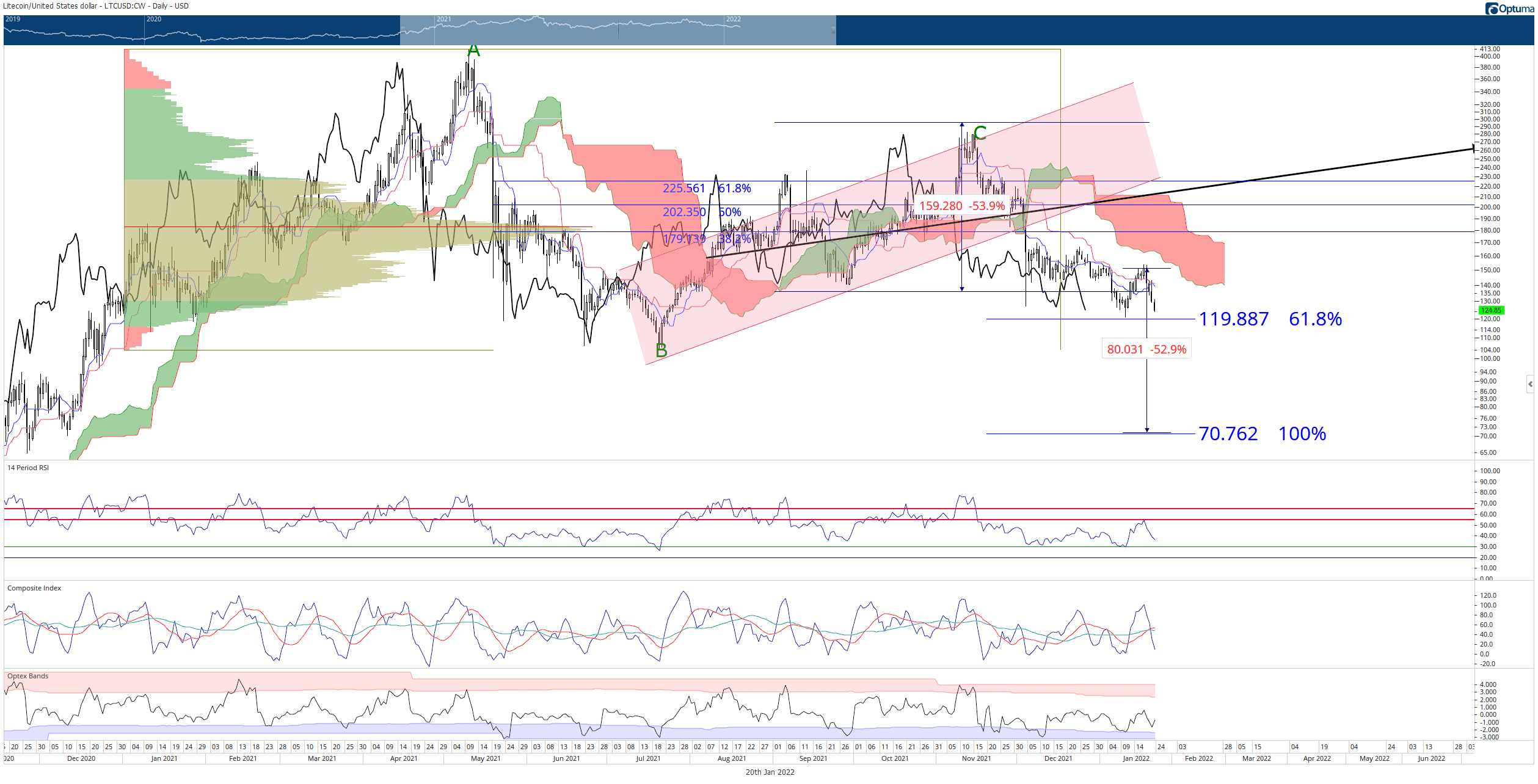 Because Litecion price remains below the Ichimoku Cloud, the bias remains bearish, with sellers still in control. A close below the $120 level would invalidate any near-term bullish corrective outlook.

Litecon's support zones are nearly non-existent below $120, warning of capitulation move to the 100% Fibonacci retracement if support doesn't come in.