Litecoin price continues holding above a crucial support level despite the erratic behavior seen recently. A spike in buying pressure can be expected after most overleveraged traders were flushed out of the market.

Litecoin price took investors by surprise, losing almost 60% in market value on May 19. Now, LTC is trading around $212 after recovering nearly 50% of the losses incurred recently.

The thirteenth largest cryptocurrency by market capitalization remains contained within an ascending parallel channel that developed since mid-October 2020. Since then, Litecoin price had only tested the channel’s lower limit once in November 2020. Following the downswing, LTC price rose by 265% toward the channel’s upper boundary.

Similar price behavior could be expected if Litecoin manages to hold above the ascending parallel channel’s support trendline and the 200-day moving average at $190. A spike in buying pressure around the current price levels could see LTC rebound to the channel’s middle or upper trendline.

These crucial areas of resistance sit at $300 and $500, respectively. 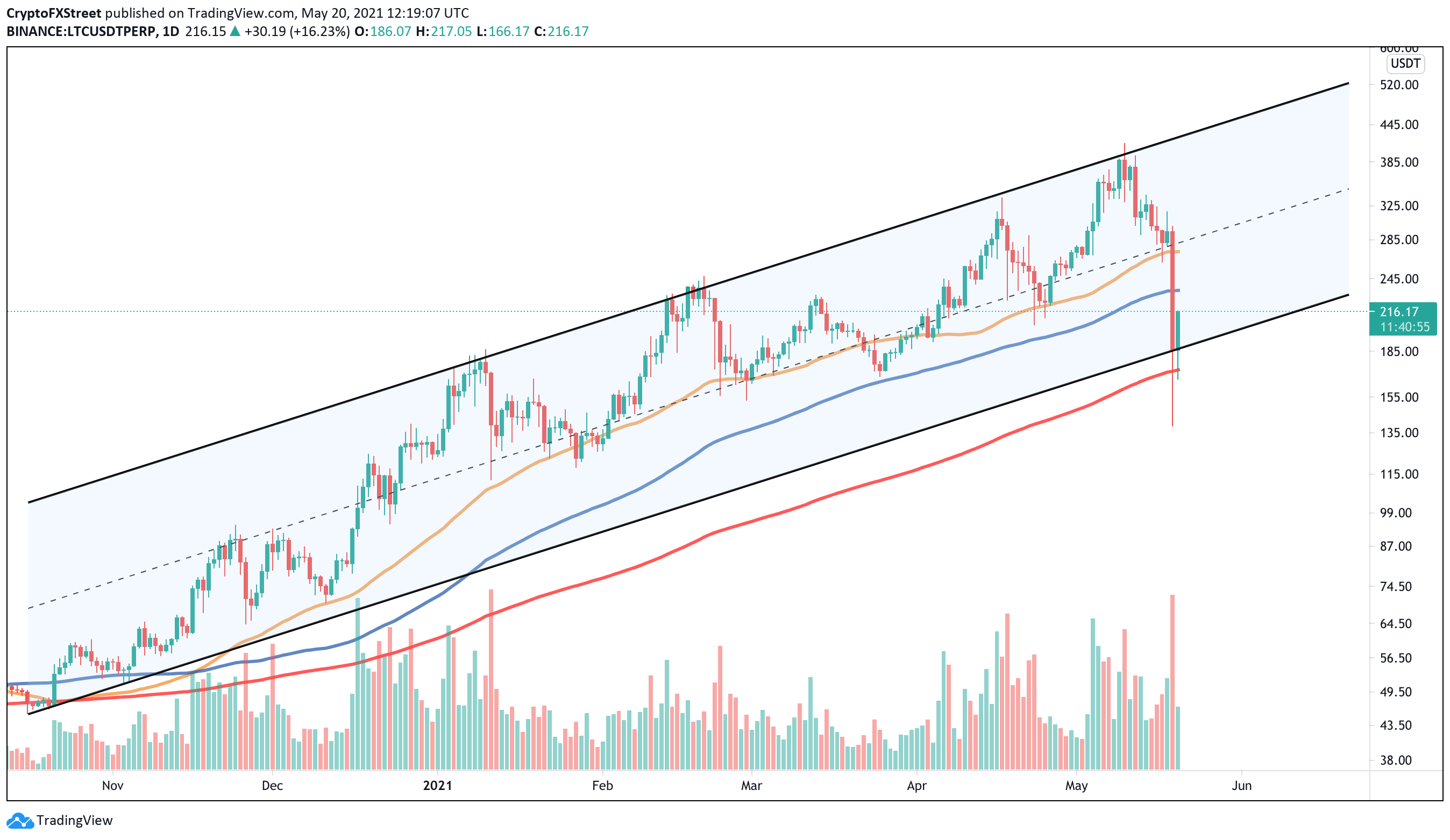 Losing the channel’s lower edge and the 200-day moving average as support would negate the bullish outlook. In this hypothetical scenario, Litecoin price could retest the recent low of $145.