Litecoin (LTC) price is trading in the danger zone as price action hangs by a thread at risk of dropping to new lows for the week. LTC price could drop further to $65.08, which is the last line of defence before price action gets decimated. Should bears be able to push price action below $65, expect to see a nosedive move trading at a staggering 67% devaluation by then.

Litecoin price is not in good condition as price action could get thrown back to the stone age as more bearish pressures are building, and bulls look to have no interest in engaging in the price action. Pressure mounted after bears pierced through the $94.43 support level (once thought failsafe) after the break below $97.18. As some room is still open to the downside, the risk is that price action will drop further as investor interest fades away.

LTC price could thus be set up for a big falling knife where over $50 of price value would be erased from the books. $65.08 could be the new $94.43, and once that level loses its support, a broad zone opens up that bears could easily cross as no natural anchors are present for bulls to catch price action. Bears thus could have another 67% of gains on the foreside when Litecoin price breaks through $65 and slows down near $23, where two supportive levels await to catch it. 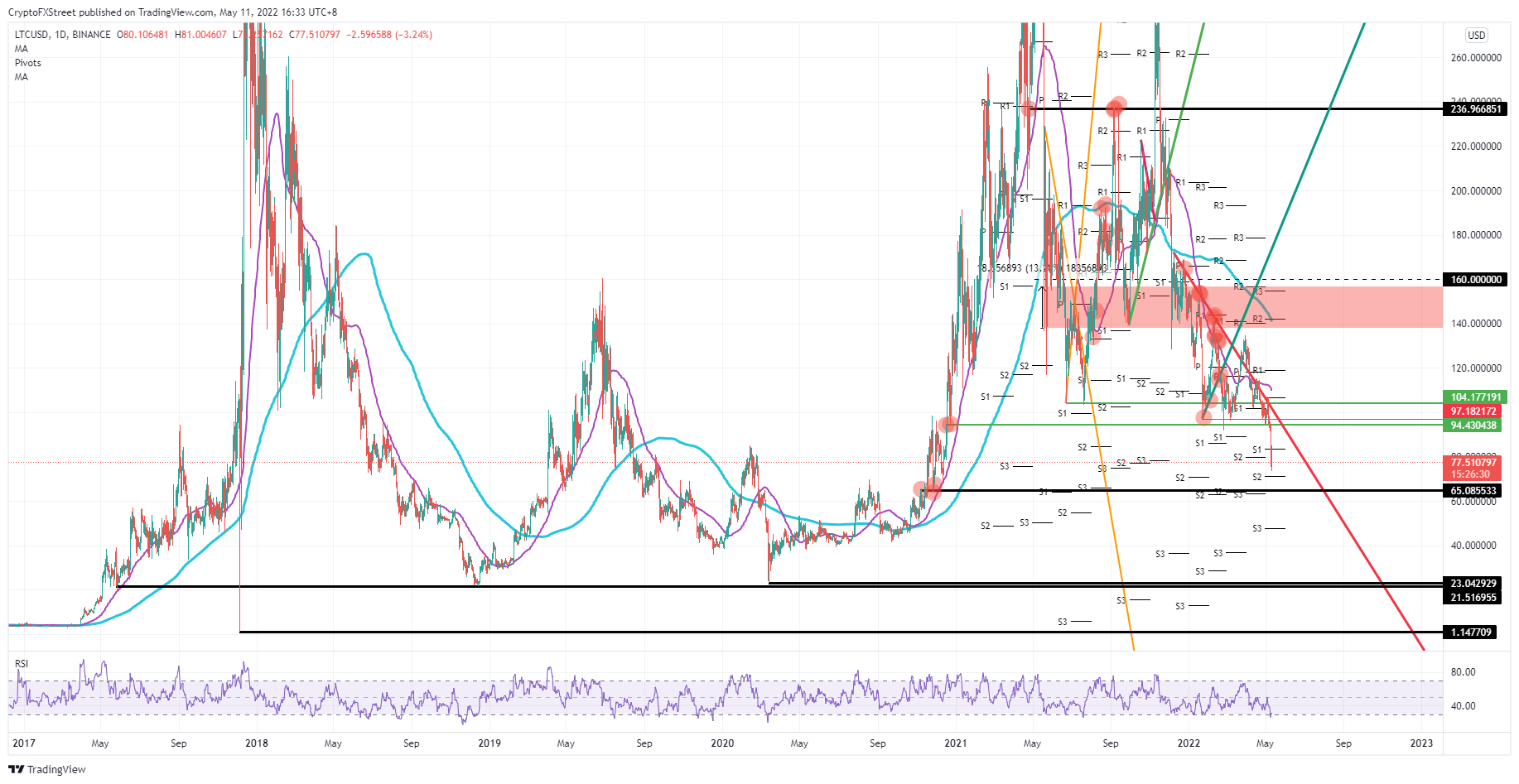 On the other hand, the excursion below $94 could already be enough for bulls and investors to see  LTC price as enough of a bargain to accumulate. That would make sense, as the Relative Strength Index (RSI) is trading in an oversold area and does not leave much room for more downside from a technical perspective. Expect a slow turnaround with LTC price crawling back to $94-$95, and then awaiting further continuation should move tailwinds generate.