Dogecoin price managed to slow down its bleeding in the second and third week of June but now sellers seem to have come back. As a result, DOGE is undergoing a minor retracement, but the recent adoption of certain DOGE payments by Door Dash and Uber Eats will be a value add to the fundamentals of the meme coin.

BitPay announced in its recent blog that users can pay for their orders on Door Dash and Uber Eats, two of the most popular food delivery services, using Dogecoin and Shiba Inu gift cards.

This development, although it has not affected the price yet, will be a value add to the fundamentals of the meme coins and is likely to be reflected during subsequent bull runs.

Dogecoin price prepares for a move

Dogecoin price has recovered above the intermediate resistance barrier at $0.066 after briefly dipping below it in the last week of June. This recovery suggests that DOGE could bounce and continue its uptrend to $0.082, the high-time-frame resistance barrier.

In total, this move would constitute a 26% ascent for Dogecoin price, but is highly unlikely without the support of a similar bullish move in Bitcoin price. Hence, investors need to be cautious before going long DOGE, especially on July 4, which is a holiday across the US and is generally characterized by low volume and hence high manipulation. 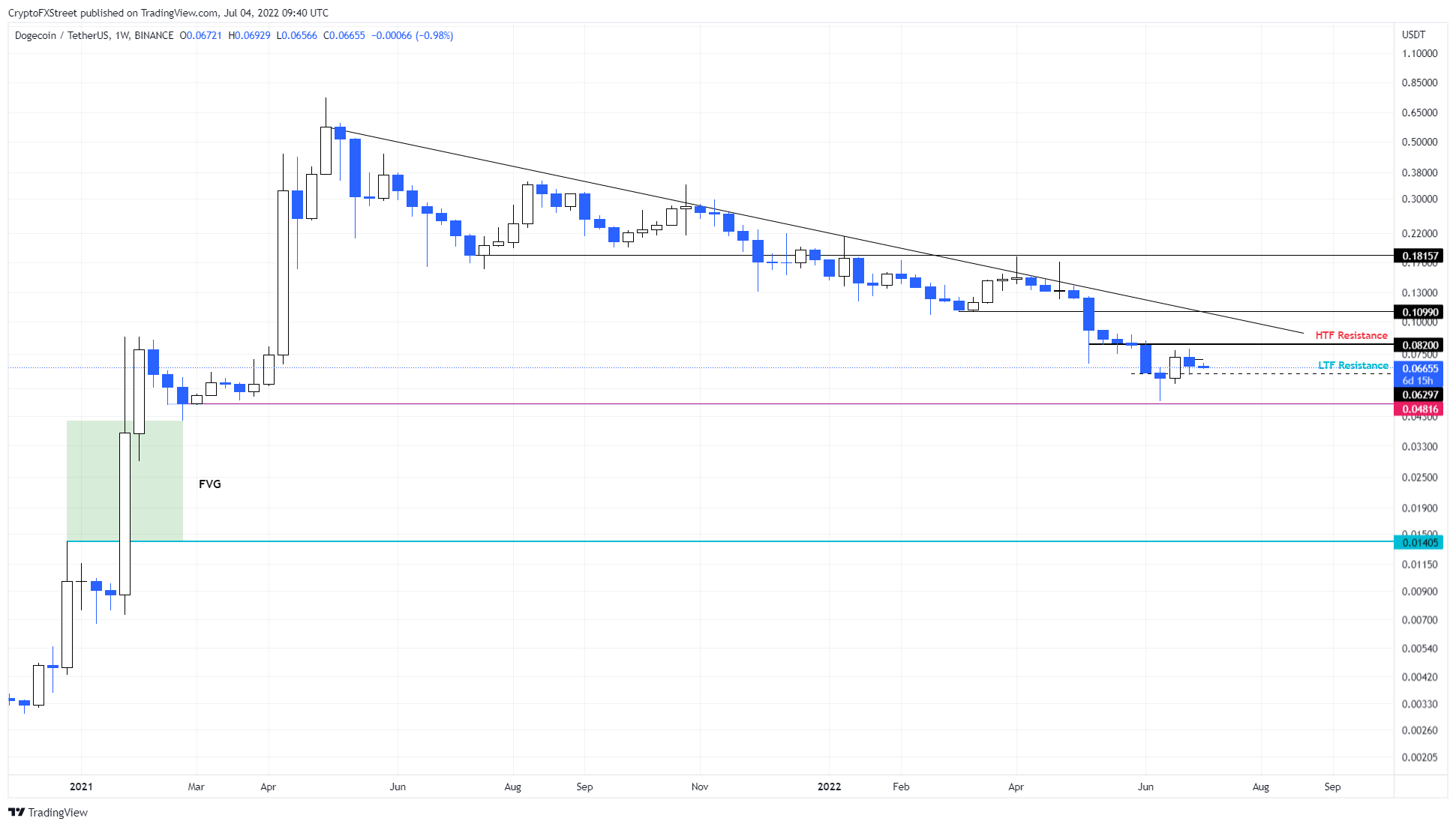 On the other hand, if Dogecoin price fails to move higher, it will indicate a lack of bullish momentum. In such a case, if DOGE produces a weekly candlestick close below the $0.048 support level will invalidate the bullish outlook by producing a lower low.

This move could further trigger a 71% crash in Dogecoin price that fills the price inefficiency known as the Fair Value Gap (FVG), extending from $0.041 to $0.014.