The official Medium page of Google Cloud released an article explaining the mechanism of Band Protocol and how its integration will help both companies.

We are proud to announce that Google Cloud has integrated the Band Protocol’s Standard Dataset, live on Google BigQuery, to enable immediate and accurate analysis of financial time series data. With Band Protocol oracles live on BigQuery, this is one of the direct collaborations with the Google Cloud team to enable traditional, hybrid blockchain and cloud applications to be built which use decentralized oracles.

Band Protocol oracles will be fully integrated into Google BigQuery and will help to provide accurate price data to all capital markets. These analytics can also be derived in real-time using Machine Learning, according to Google.

This partnership will help Band Protocol expand its use cases and expand the data available on BandChain even further. The main focus of Band is to allow everyone to use decentralized oracles for any kind of external data.

Band Protocol price explodes but might be poised for a correction

Band Protocol price had a massive 40% explosion thanks to Google Cloud integration news. The digital asset hit a new all-time high at $23.3. This is the only key resistance level ahead. 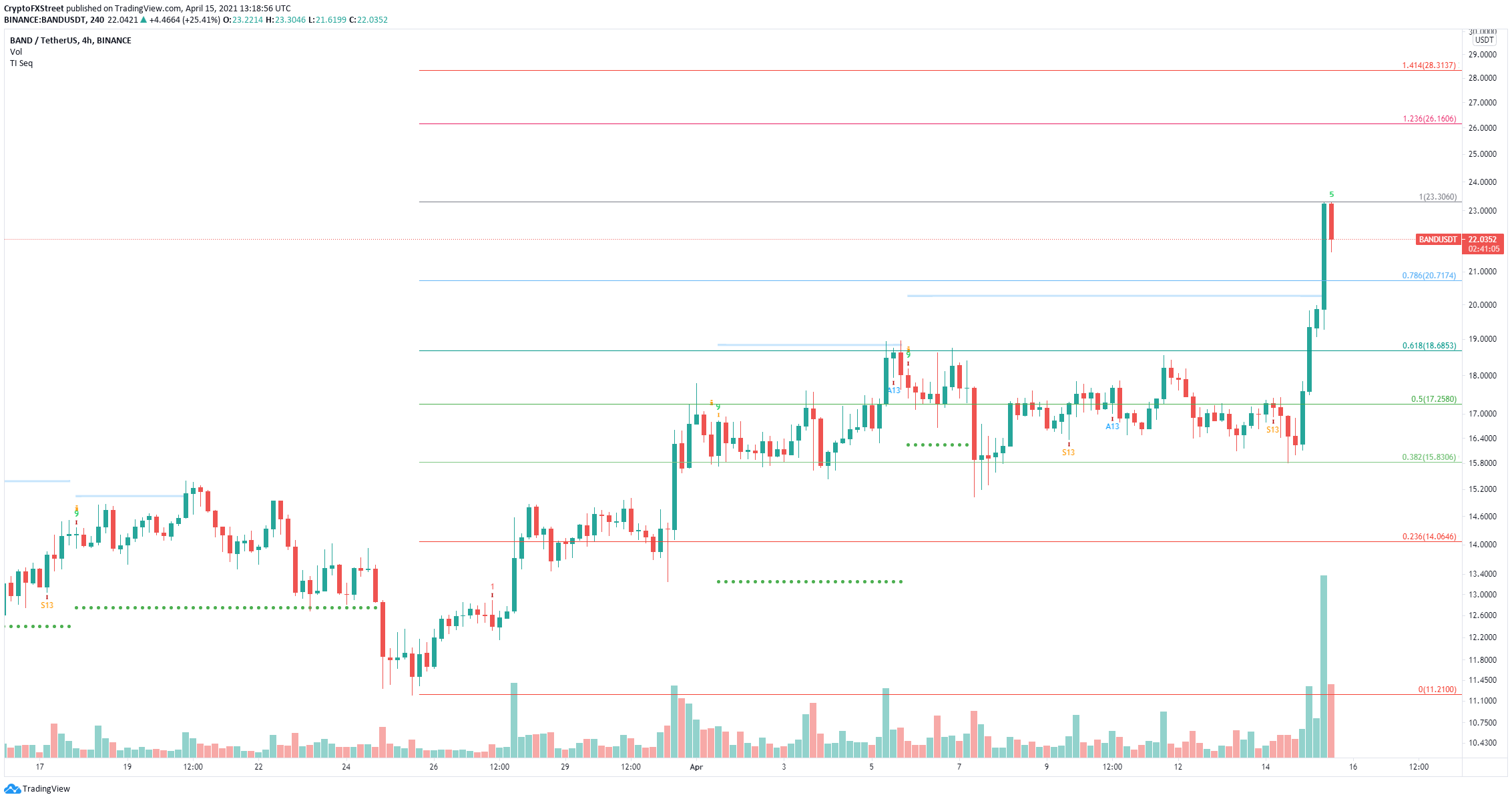 However, the MVRV ratio (30d), which shows the average profit or loss of BAND tokens moved in the last 30 days, has spiked significantly above the danger zone, which is around 15% indicating that BAND is poised for a correction.