A total of 129,800 option contracts worth more than $6 billion are set to expire on Friday; ether’s price plummets.

Bitcoin, the oldest cryptocurrency, dropped by more than 6% to under $48,000 during the U.S. trading day on Tuesday, despite continued muted spot market activities.

While the spot trading volume of bitcoin remained mostly unchanged from a day ago, its price turbulence came as the market headed into monthly options expiration.

A total of 129,800 option contracts worth more than $6 billion are set to expire on Friday, according to data provided by Skew. As CoinDesk reported previously, data shows that bitcoin tends to move toward the “max pain” point in the lead-up to an expiration and sees a solid directional move in days after settlement. 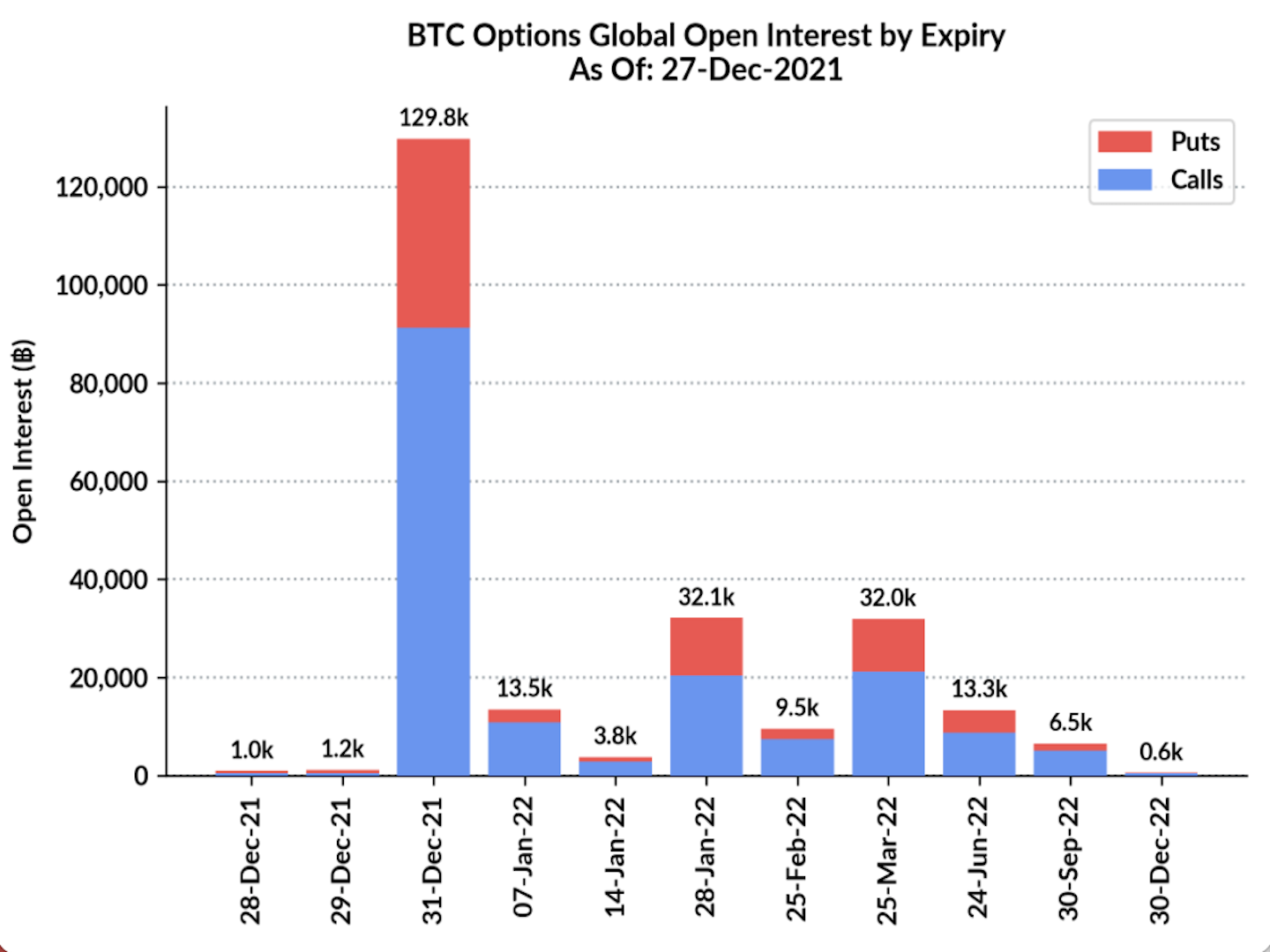 The European Union (EU) wants to regulate the digital asset industry; there are a number of bloc-wide initiatives already underway. The most comprehensive is a 168-page “Markets in Crypto-Assets” (MiCA) that would create an EU-level licensing framework for crypto issuers and service providers.

But crypto regulations are only one part of a larger Web 3.0 governance strategy for the political and economic union of 27 nations.

This feature is part of CoinDesk’s “Policy Week,” a forum for discussing how regulators are reckoning with crypto (and vice versa).

According to Eva Kaili, a member of the European Parliament, the new proposals for digital assets, data and artificial intelligence (AI) were all inspired by the General Data Protection Regulation (GDPR) of 2016, which sought to strengthen consumers’ control over how their data is used by companies allowed to operate in the EU.

For digital assets in particular, the catalyst was Facebook’s 2019 plans to build its own stablecoin, libra (now diem), a digital token backed by a basket of currencies and assets, Kaili said. She added that regulatory clarity for digital finance is key to fostering innovation and protecting citizens freedom and sovereignty from being exploited by Big Tech.

Kaili is a Greek politician, a member of the Progressive Alliance of Socialists and Democrats in the European Parliament; she was elected in 2014. Kaili has advocated for innovation-friendly regulations for distributed ledger technology (DLT) applications and decentralized finance (DeFi).

CoinDesk got a chance to speak to Kaili about her views on MiCA, the current regulatory frenzy over stablecoins, Web 3.0 and, of course, Facebook’s Diem.

The following has been lightly edited for brevity and clarity.

The first framework is “Markets in Crypto-Assets, or MiCA. It’s part of the EU’s digital finance strategy, and it tries to deal in a holistic manner with the crypto ecosystem to establish clear and new licensing requirements that are passport-able. And this means we were trying to pave the way [by] initiating a robust regulatory response, as we did with GDPR.

MiCA will allow firms to operate across the EU, and also set stronger consumer protection standards. It also sets out rules for digital asset issuance and public offerings, and has some specific requirements relating to stablecoins. It lays out additional requirements for the big, systemically important stablecoins, too. MiCA is going through its first readings [in the parliament], so it has some way to go. There have been no consultations between the EU parliament and council yet.

Then you have the pilot regime for market infrastructures based on DLT. I am a rapporteur [the person who gives reports] on that one. I would say it’s not only an ambitious project but also a much anticipated sandbox project. It’s quite unique for the EU because it’s aiming to test new business models deploying DLT in the EU financial infrastructure, and the provisions will translate into a huge testing environment that will operate in a uniform manner across the EU, just like what MiCA is trying to do for crypto assets. It would offer concrete testing outcomes, and then this would feed the future policymaking and regulatory adaptation. So when you are exiting the sandbox, you are participating in creating the regulatory framework to follow. It has gone through the EU Council and parliament first readings, and it seems to go through these negotiations quite smoothly.

CoinDesk: A lot of EU regulators are showing concern over stablecoins, and MiCA is considerably focused on regulating stablecoins in particular. Why is that?

Kaili: Back in 2019, the discussions around Facebook’s stablecoin, libra, now called diem, led us to accelerate legislative initiatives and to explore what could happen if we have global currencies coming from not just central banks but also from private players. Certain stablecoins could work on a global level, and have a global reach. They are what the EU calls significant e-money tokens. They are addressed by MiCA because they could indeed raise concerns regarding the EU monetary policy, stability and sovereignty. But this is not just an EU concern.

Since several countries are now exploring central bank digital currencies including China and Russia, I would say that global stablecoins can have unprecedented effects on all economies because of the connectedness of the financial system. And also consider that for the first time in more than a century, the U.S. dollar supremacy is being challenged. The rise of cryptocurrencies and stablecoins may be forcing us to rethink what a currency is, who regulates it, and what it means if it’s not controlled by the national government.

Then, we have this political dimension that we have to take under consideration. Even if we don’t want to admit it, we have to have central bank digital currencies because it’s a matter of geopolitical dominance. It can also become a matter of monetary sovereignty, especially when you don’t have like-minded countries deploying similar platforms and marketplaces.

Kaili: The upcoming regulatory initiatives are designed to provide legal certainty and to test these new technologies in collaboration with traditional players and stakeholders. It will hopefully be completed by the end of 2022.