Shiba Inu set to make a comeback from the flash crash

Following the meltdown in May 2021, the overall cryptocurrency market began its recovery and the altcoin rally extended to Shiba Inu. From July to mid-August, SHIB rallied over 50%, however, since then, the token has posted consistent losses for holders.

The world’s second-largest exchange, Coinbase, announced SHIB’s listing, and the resurgence in the token’s price can be considered the “Coinbase Effect,” as the enthusiasm of Shiba Inu holders and traders was short-lived.

Coinbase Pro announced earlier today that it has started accepting orders in SHIB-USD and SHIB-USDT.

Our SHIB-USD and SHIB-USDT order books are now in full-trading mode. Limit, market and stop orders are all now available.

The crash on September 7 had led to nearly a 30% drop in SHIB’s price within a single day.

The Coinbase listing announcement acted as a catalyst for the token’s recovery on the following day. A boost in price accompanied SHIB’s debut on the exchange, and analysts expect the altcoin to make a comeback to $0.000013.

On-chain indicators for SHIB suggest a bullish trend reversal in the token. The number of large transactions worth $100,000 or higher has increased over the past week.

Based on data from blockchain intelligence platform, IntoTheBlock, a total of $830.89 million in large value transactions were processed on the SHIB network. The indicator measures the aggregated daily volume of transactions greater than $100,000, reflecting large wallet investor activity. 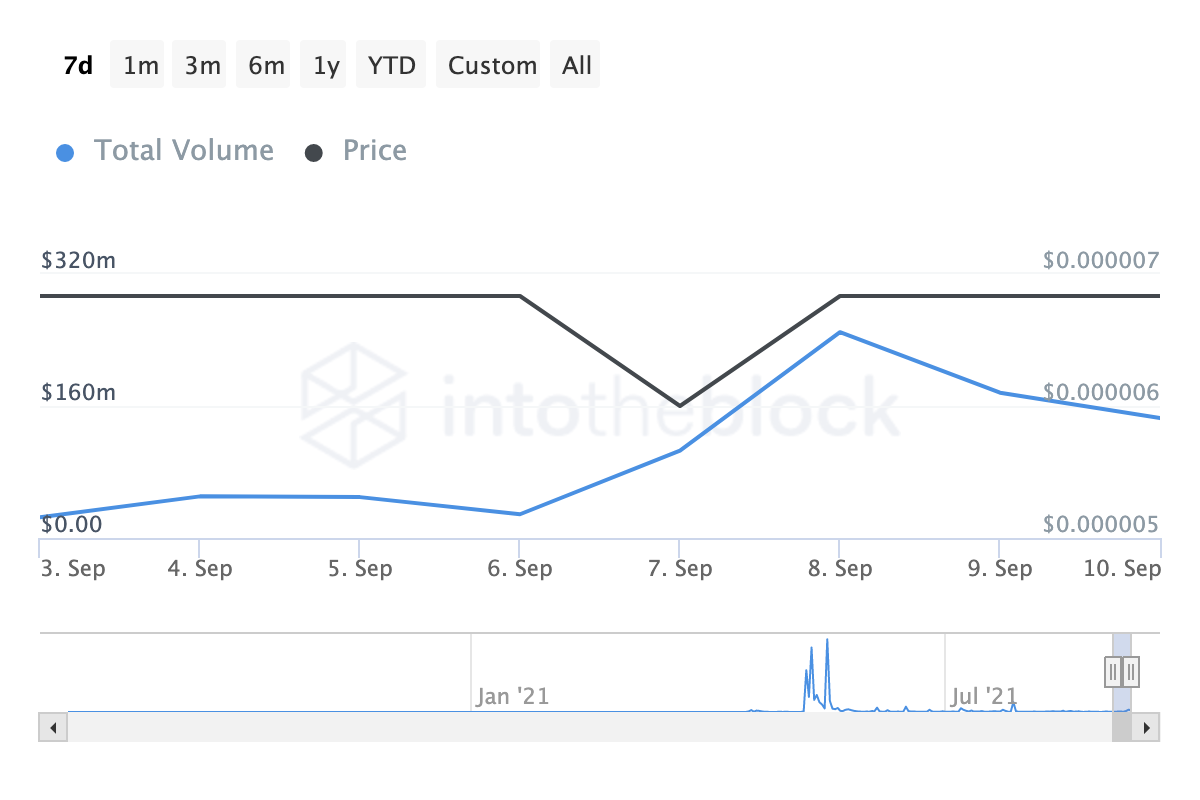 Analysts expect a push to the upside, setting the next price target at $0.00000850. FXStreet analysts predict that SHIB is vying for a 30% ascent once it crosses the key support level.

Shiba Inu: This is what happens when Ethereum whales move 4.35 trillion SHIB

Over the past three days, large wallet investors on the Ethereum blockchain have scooped up more than 855 billion Shiba Inu tokens. Massive Shiba Inu accumulation by whales is considered a sign of a bullish trend reversal in SHIB.