Analysts are bullish on Ethereum with the spike in burned ETH tokens since the London hard fork. The implementation of EIP-1559 has triggered a supply shock across exchanges, triggering a bullrun in ETH.

EIP-1559 has proven to be one of the most significant upgrades in the Ethereum hard fork. With over 500,000 million Ether pulled out of circulating supply, a shortage and a "supply shock" are underway.

Nearly $1.7 billion worth of ETH has been burned since EIP-1559 went live. 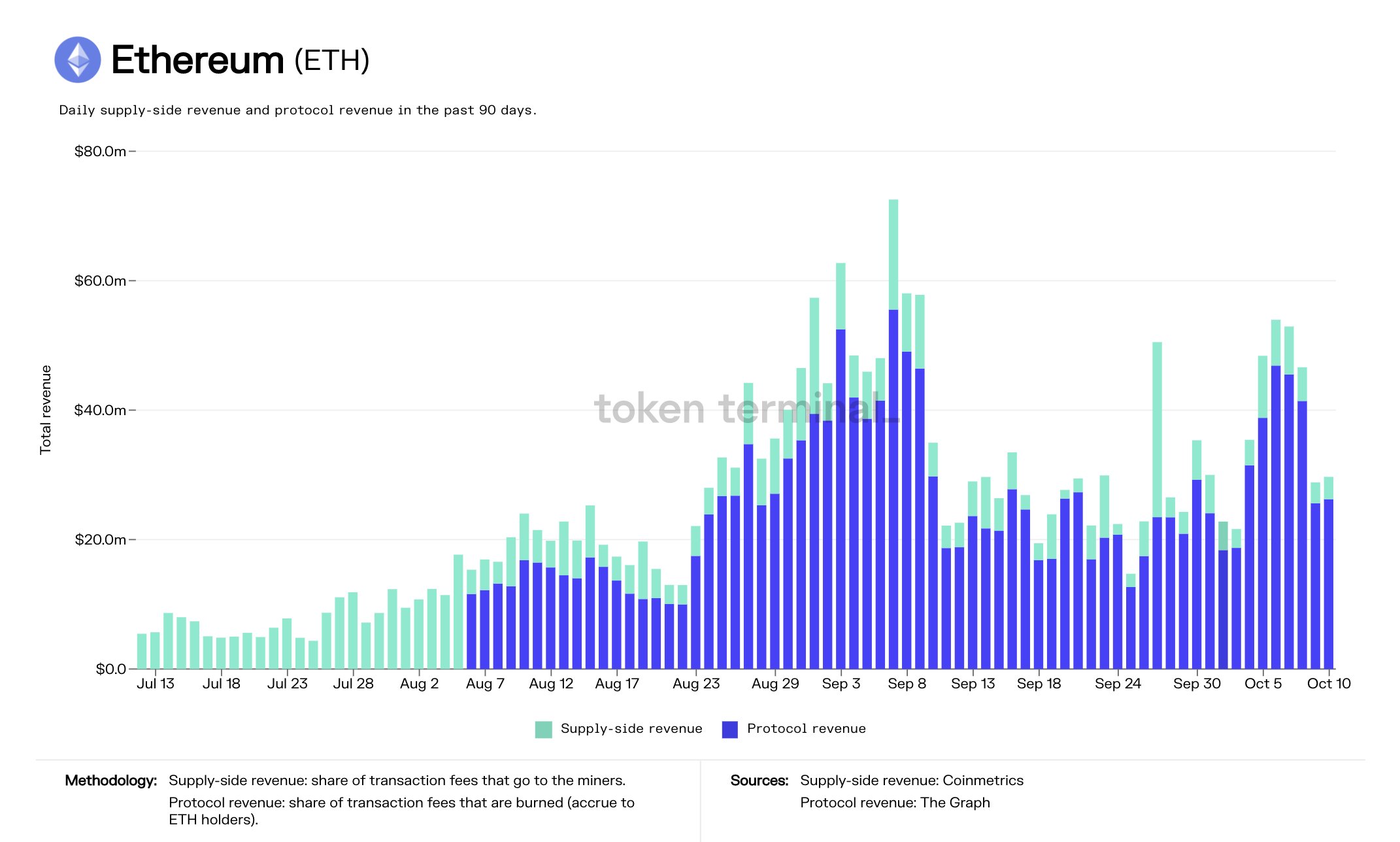 Half a million #ethereum has already been burned! Holy cow man! EIP1559 is insane!

Traders are grappling with high fees on the Ethereum network, but ETH price is on the rise. ETH has posted nearly 20% gains over the past two weeks.

Dan Morehead, CEO of Pantera Capital, recently commented on the rapid takeover of decentralization, as the combined market cap of BTC and ETH exceeds that of top banking and financial institutions.

The grip centralized finance companies have on the world’s population is waning.#Bitcoin + #Ethereum are worth more than all these banks combined.

Analysts are bullish on Ethereum's growth. The transition from proof-of-work (PoW) to proof-of-stake (PoS), also known as "The Merge," is scheduled for launch in 2022. The development team has revealed that "sharding" will be shipped in an update early next year.

Nikhil Shamapant, the author of "The Triple Halving" narrative of Ethereum, is bullish on ETH and shared his opinion on "sharding."

Soooo the Ethereum website on sharding says they plan to ship in 2022 - it was last updated 2 months ago.

That's like a year sooner than I was hearing? I actually just assumed sharding couldn't be a part of the triple halving thesis ...was I wrong?https://t.co/a0h0R8j5Qy

FXStreet analysts have evaluated Ethereum's price trend and predicted $6000 as the next target for the altcoin.