Analysts expect Ethereum to explode with the rise in on-chain activity and increasing network adoption. Ethereum is heading closer to its key upgrade, "The Merge."

Despite capital rotation from Ethereum to alternatives, the largest altcoin currently maintains the largest market share in the decentralized finance market.

Ethereum's explosive and consistent growth in unique daily addresses interacting on the network supports analysts' bullish narrative for the altcoin. Over the past two weeks, there has been an increase in the number of daily active addresses.

Interestingly, the Ethereum staking contract, the largest holder of ETH, has 7.84 million tokens. Nearly 23,442 ETH is added to the ETH2 contract every day, and over 50,000 unique addresses make deposits. 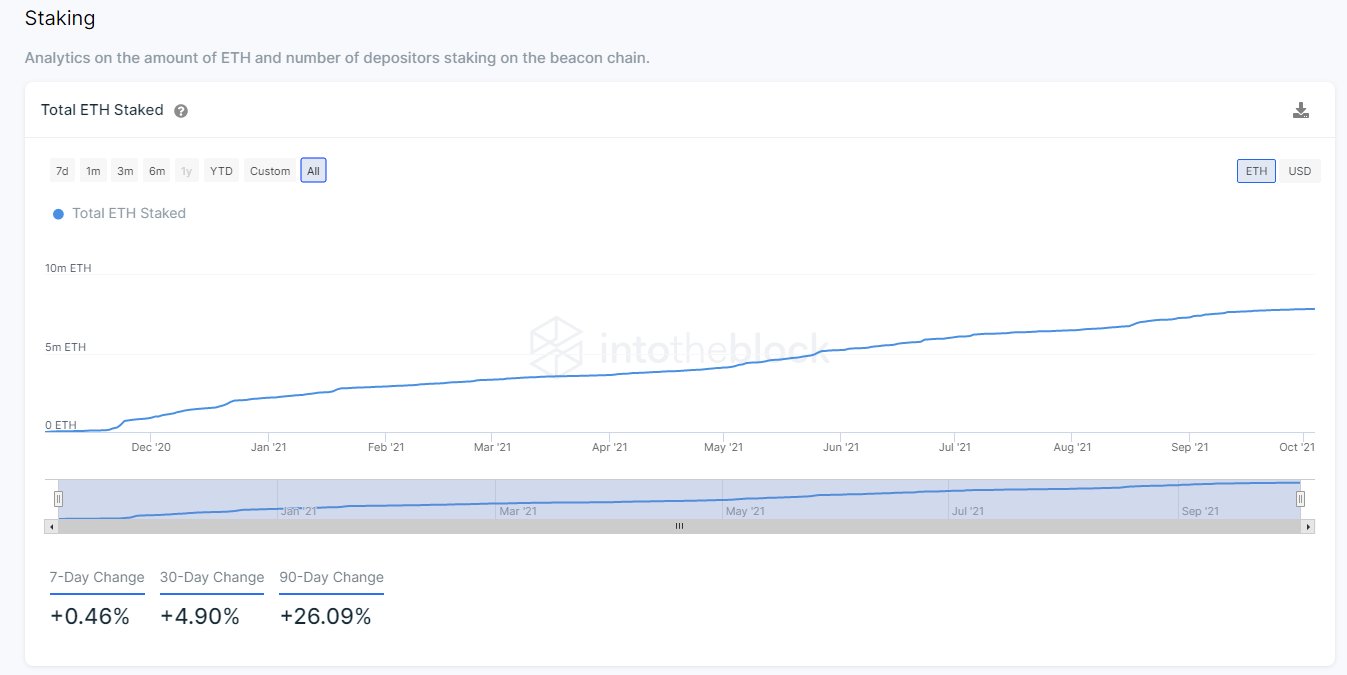 The vulnerability was patched, and the issue was resolved. Therefore, there is no immediate threat to the staking pools. Safe staking is key to Ethereum's price growth since staking has proven to be an effective mechanism to pull ETH out of circulation and trigger a supply shortage.

A significant hurdle in ETH network growth is that Ethereum is months away from "The Merge," and traders face high transaction costs until then. WAX, a carbon-neutral blockchain that has established itself as a key player in the NFT ecosystem, has proposed two plans to introduce compatibility with Ethereum.

WAX intends to bring low-cost transactions to the Ethereum network by running smart contracts on its low-cost and energy-efficient blockchain.

Justin Bennet, a technical analyst, recently predicted a massive rally in the altcoin. Bennet's chart reads ETH bouncing off the bottom at $2,700 and climbing to the channel top.

Dr. Arnout Ter Schure, cryptocurrency analyst and the founder of Intelligent Investing LCC, has set a target of $7,500. Dr. Schure was recently quoted,

FXStreet analysts have evaluated Ethereum's price trend and predicted a bullish breakout for the altcoin.