Ethereum price continues its uptrend despite a battle about consensus protocols between two groups in the ETH ecosystem. Chandler Guo is leading a group of miners in their fight to keep a parallel Ethereum proof-of-work chain alive, post the Merge. Despite differences between the two groups, and the resulting uncertainty, analysts remain bullish on Ethereum price.

Also read: Ethereum staking explodes ahead of the Merge, 13.3 million ETH on the deposit contract

Why Ethereum is headed towards a fork, again?

Ethereum witnessed a fork in 2016 when the altcoin suffered a crisis. In an attack on the Ethereum blockchain, a hacker stole 5% of total Ethereum tokens in circulation. When developers worked towards a solution, they decided to proceed with a hard fork. Instead of accepting the loss of hacked funds and moving on with the original blockchain, Ethereum as we know it was forked and Ethereum Classic was created.

Ethereum Classic is the original Ethereum chain while Ethereum, as we know it today, is the forked version of the altcoin’s blockchain. Since balances were adjusted to erase the DAO exploit, a vast majority of partners, developers and institutions in the Ethereum ecosystem supported the new chain. Ethereum Classic suffered several exploits and challenges in the development of its infrastructure.

Ethereum has arrived at a crossroads, yet again. Two sections within the Ethereum community are at loggerheads regarding the changing consensus mechanism. Since Proof-of-stake does not require miners, a group led by Chandler Guo is planning a hard fork of Ethereum. The group of miners demanded a parallel Ethereum chain, instead of the transition to the Merge.

Justin Sun of the Poloniex exchange has welcomed the group of proof-of-work supporters. Vitalik Buterin and Ethereum core developers do not consider the hard fork a threat to the Merge or the Proof-of-stake chain.

The Ethereum Proof-of-work community’s manifesto is in the Twitter thread below:

1/x [ a long long thread ]
The Manifesto of Proof-of-Work: An Open Letter to the Ethereum Community

“He who fights too long against dragons becomes a dragon himself; and if you gaze too long into the abyss, the abyss will gaze into you.”

There’s really two classes of incentives. The first is pure grift. Someone could just make a fork – they know it's probably not going to work, and they don’t plan to support it. They’re just going to get some free coins … and then just dump them.

Ethereum’s proof-of-work fork would duplicate the original chain’s ledger and prominent analysts in crypto circles believe that is a bad idea as most projects in crypto dump on retail. Proponents argue that there are several ghost chains like Ethereum Classic that were created for investors to shed their holdings on retail traders.

Analysts are bullish on Ethereum and predict a rally in the altcoin. As investors prepare to yield profits in Ethereum, Phoenix Ashes, a crypto analyst notes that it is breakout time in Ethereum. There is liquidity both above and below the current Ethereum price level of $1,655, and the altcoin is ready to hit the $1,728 target. 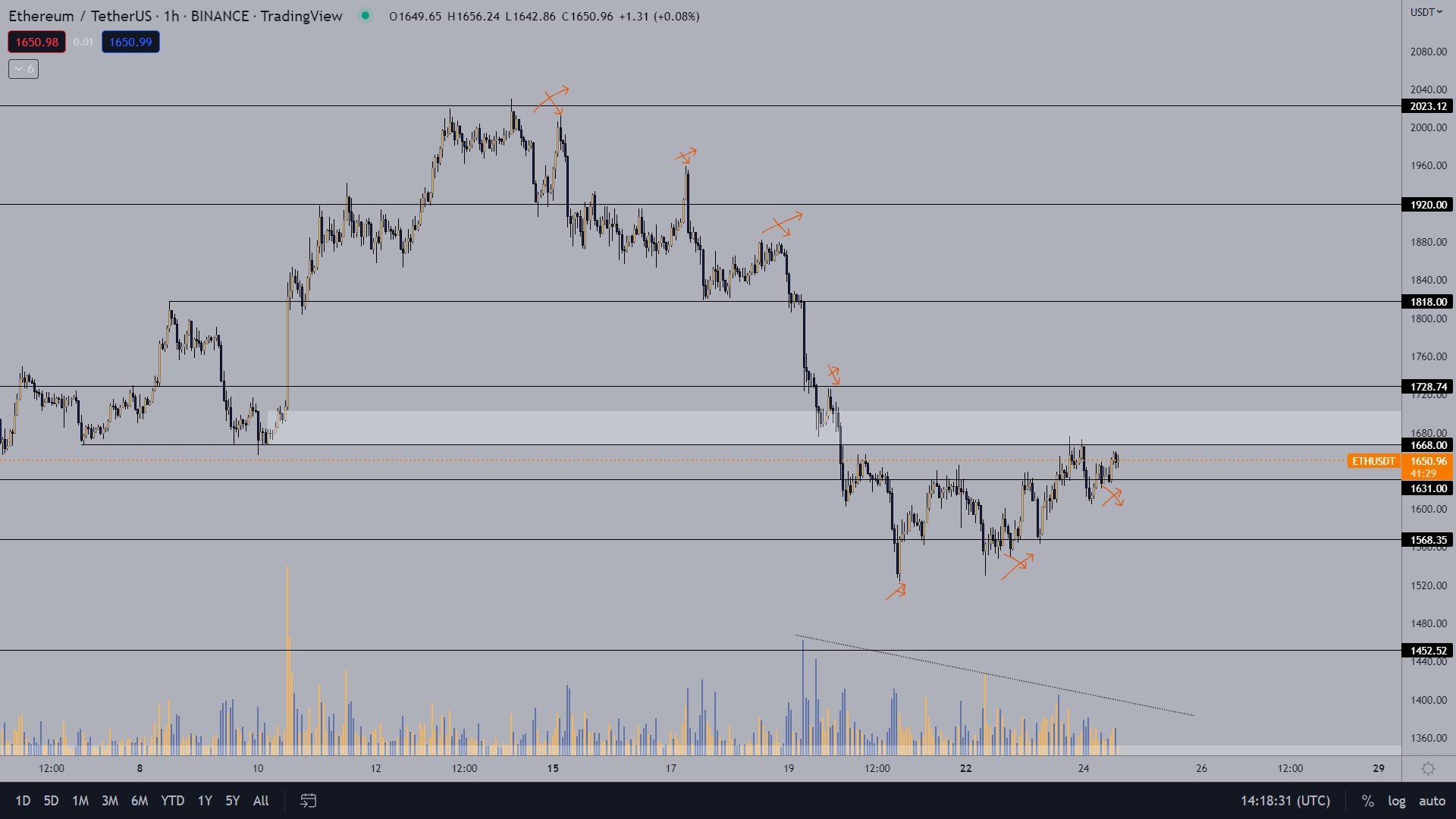