Ethereum price has been on a steady downtrend since September 7 and shows signs of pausing or reversing itself. However, ETH needs to set up a higher high above the recent swing points to do so.

Ethereum price on an optimistic run-up

Ethereum price has been on a steep corrective trend since September 7, with a lower high at $3,937. During this leg-down, ETH created two distinctive swing highs and three lower lows. Connecting these swing points using trend lines shows the formation of a descending parallel channel.

However, since September 21, Ethereum price seems to have stabilized as buyers stepped up, leading to the formation of equal lows around $2,764.

If the buying process continues, investors can expect ETH to rally higher and attempt a breakout from the channel. However, this attempt will face resistance at $2,995 or the $3,000 psychological level. Clearing this hurdle will open the path for ETH to produce a decisive close above $3,174. If successful, this will indicate a breakout and push the smart contract token to retest a nearby and formidable resistance level at $3,329. 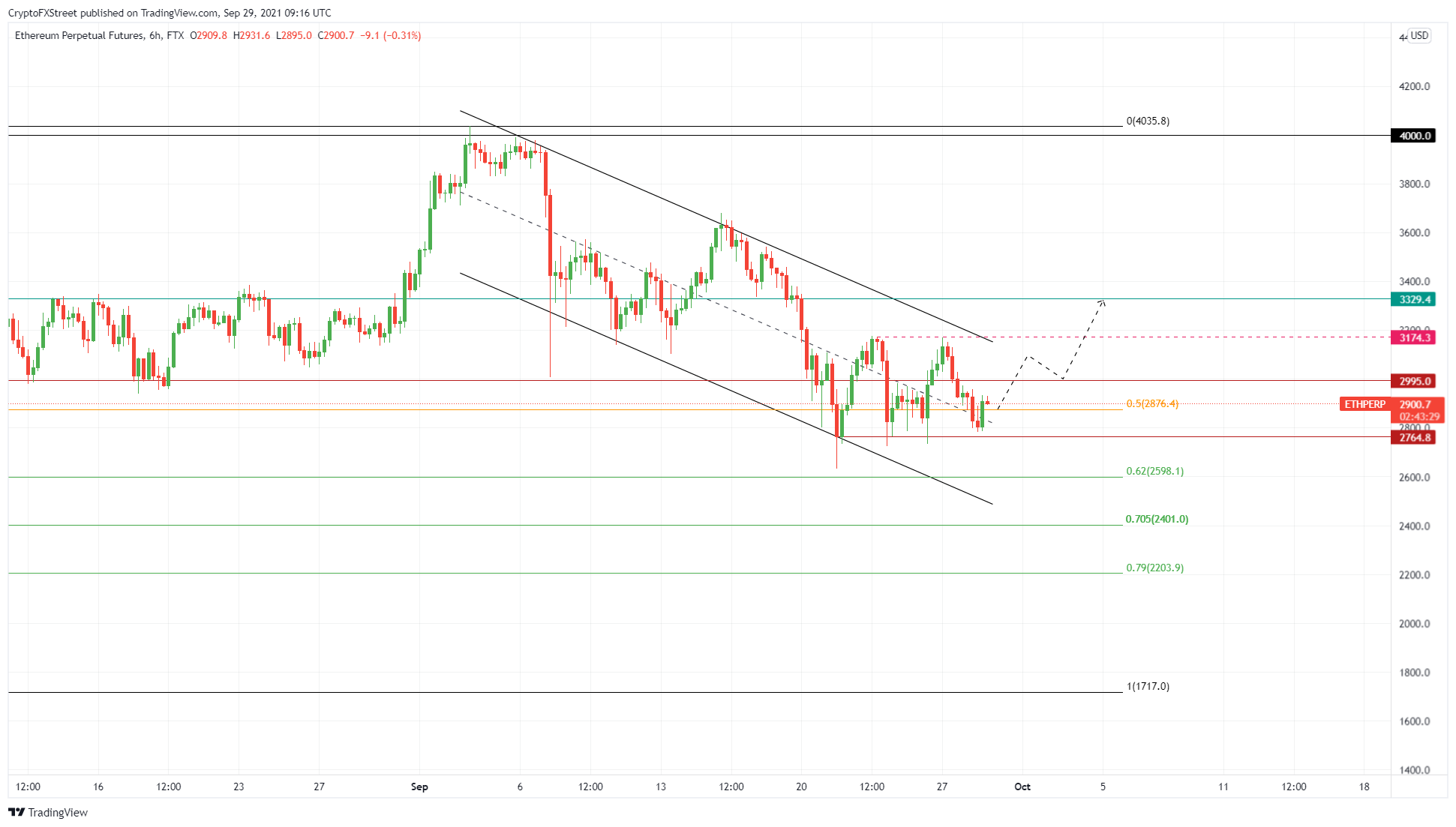 On the contrary, if Ethereum price fails to climb past the $3,000 psychological level, it will denote that the buyers do not have their backs into the upswing and reveal that the selling pressure is overwhelming the bulls.

While this development would delay the uptrend, a breakdown of the $2,764 support floor might potentially trigger a 13% retracement to the 70.5% Fibonacci retracement level at $2,401.

This down move does not invoke a bearish outlook, but it would allow buyers to kick-start a new uptrend.