Following unanimous approval from the Polkadot network’s on-chain governance council members, the blockchain is now anticipating the debut parachain auctions. The launch marks a significant achievement as it realizes the final core technical element of its whitepaper.

The proposal for the first parachain auctions on Polkadot was approved by its community, as the network fulfills its goal of multichain interoperability. The layer-1 project aims to enable blockchain networks to be interoperable with one another and accomplished its goal as members voted to approve the proposal to launch its first parachain auctions.

Parachains are blockchains that run alongside the main network, which are also tethered to the Polkadot Relay Chain.

The protocol, co-founded by Gavin Wood, has long been anticipating parachain auctions, which will commence in November. The first auction is expected to be held on November 11 after the Polkadot Council voted in favor of Motion 118.

The parachain auctions will continue at a rate of one per week for five consecutive weeks until the final auction set on December 9. Polkadot auctions will be held in transit for the duration of one month, while the initial bidding period will last for two days.

Due to the fact that the blockchain values quality over quantity, there will be a 75% capacity of projects compared to that witnessed on Polkadot’s sister network, Kusama.

Kusama acts as a test environment for Polkadot, which held its first batch of parachain auctions in June and July.

Since the announcement, Polkadot price rallied over 25% creating a new swing high at $43.24.

Polkadot price witnessed a tremendous run following the announcement of the launch of its parachain auctions. DOT aimed to challenge its all-time high price at $49.35 but fell short at $43.23.

The Ethereum-killer may search for a key foothold before resuming its rally, with its nearest support at the upper boundary of the ascending parallel channel at $39.84. If Polkadot price manages to secure this level as support, DOT may have a higher chance of reaching the prevailing chart pattern’s bullish target at $49.53. 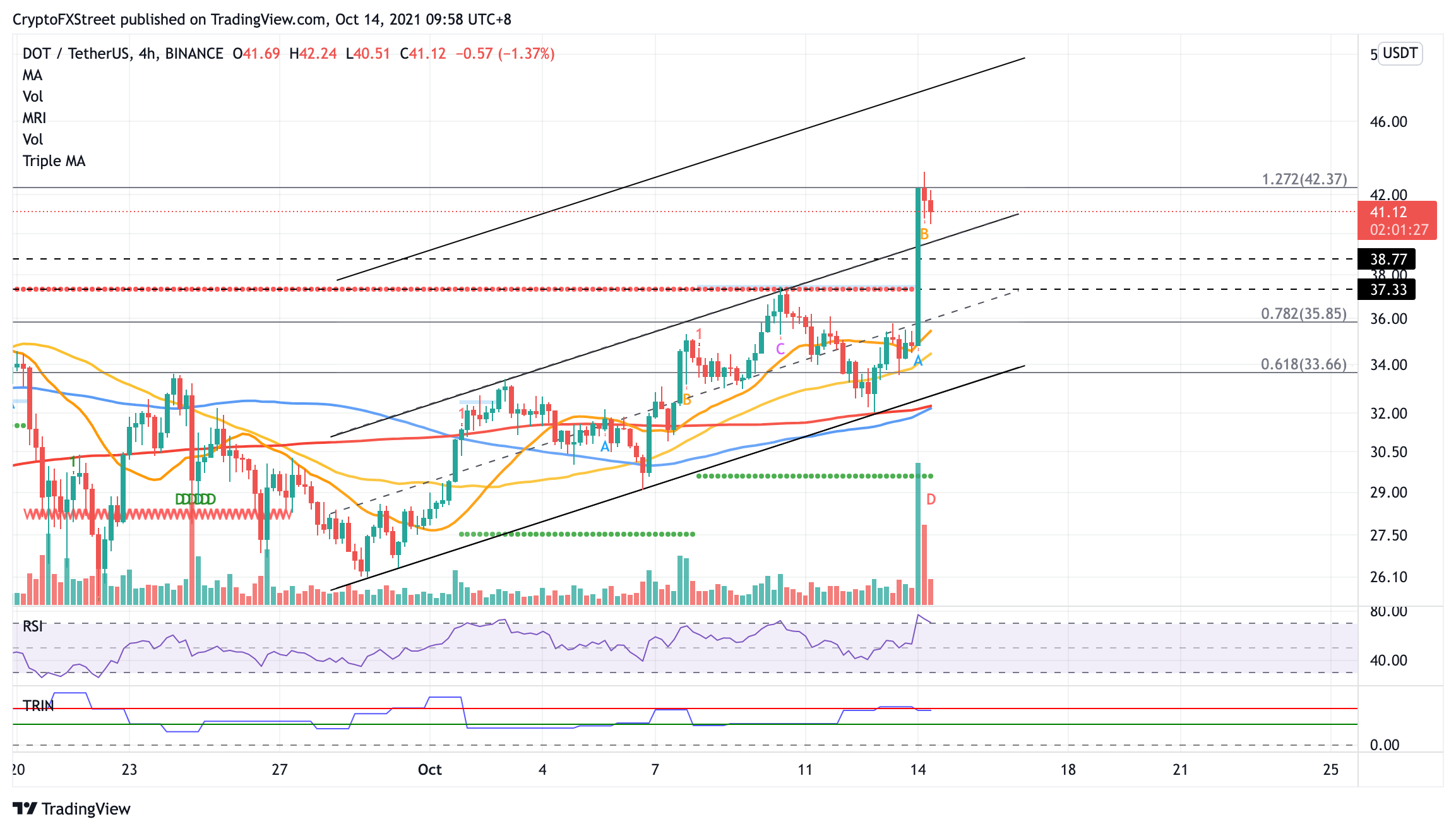 If DOT experiences a spike in selling pressure, the token may discover support at the September 14 high at $38.77. A following line of defense may emerge at the September 16 high at $37.33 before Polkadot price slumps further toward the 78.2% Fibonacci retracement level at $35.85.