Like the rest of the market, EOS had a fantastic bull rally from its low on March to a high of $3.94 in August, a 194% price increase. Unfortunately, the digital asset is already down 30% from the peak and has dropped to the same price levels from April until July. 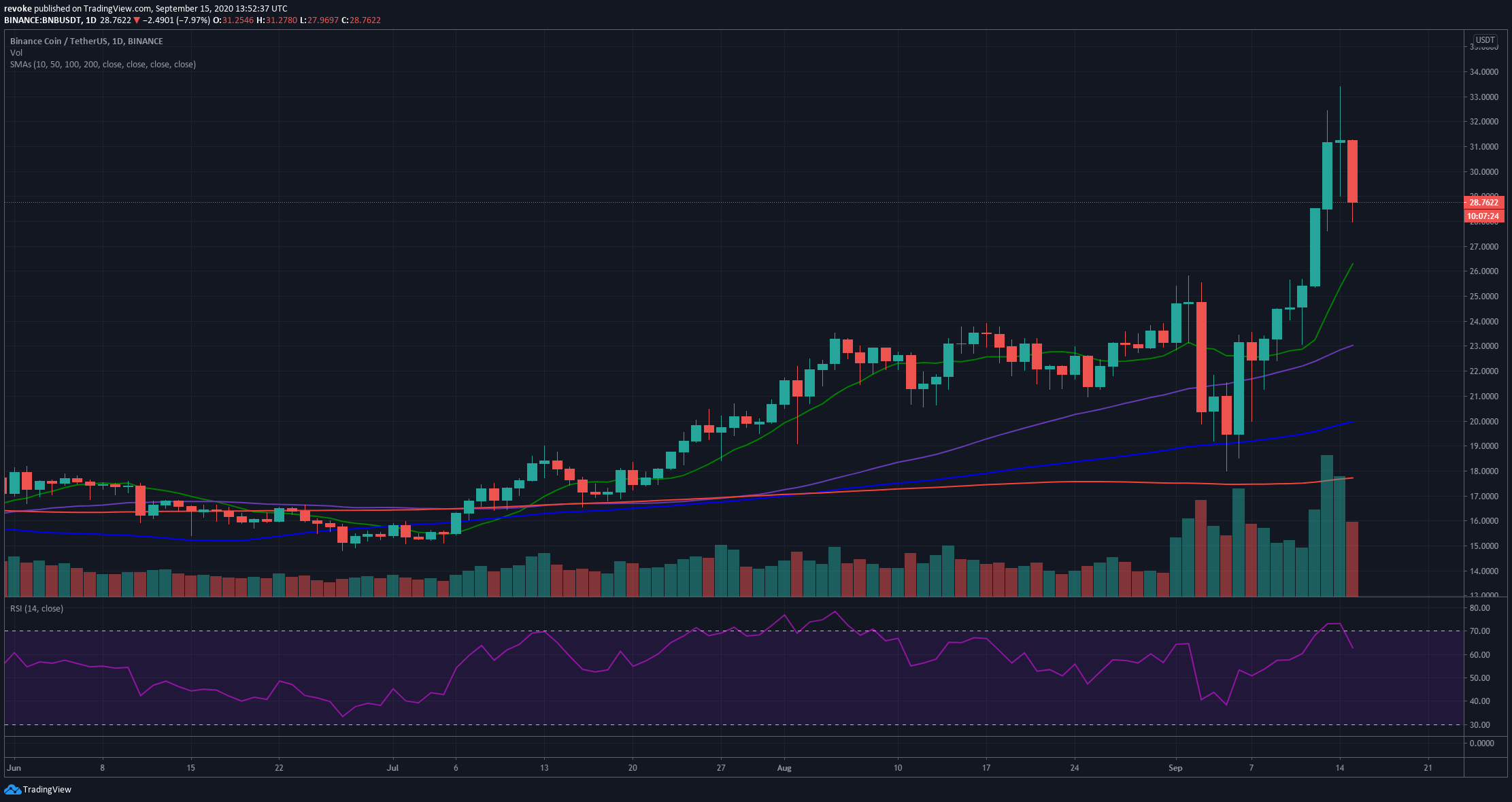 BNB's entry into the DeFi market was clearly highly successful after a massive breakout above $26 and a peak of $33.38, hitting a new 2020-high. BNB blasted through all the resistance levels after several announcements from Binance, including the new LaunchPool, or BSwap, a new trading platform that allows users to pool tokens for easy earning.

Similarly, the entry of TRX in the DeFi space boosted TRON's price significantly, outperforming major coins while the entire market was going down. Even NEO had a successful entry with a notable increase in value. EOS (green line) is clearly underperforming and in fact, still going down while BNB, NEO, and TRX are going up.

EOS price seems to have established a strong support level at $2.65 but fails to create clear higher lows and higher highs. According to the chart, EOS is currently in a downtrend and will need to climb above $2.84, the high of September 11 to shift the momentum towards the bulls.

If somehow EOS manages to crack $2.84, it could rally up towards $3.03, the next resistance level. Before that, bulls need to push the price above $2.76, the 50-SMA which has been acting as a resistance point for quite some time now. On the other hand, if bears can break $2.65, EOS will be in free fall until $2.49, the absolute last support level in the short-term. Additionally, a descending triangle has been forming on the higher time frames which could lead to a retest if the x-axis of the triangle at around $1.75-1.85.