Dogecoin price continues to experience whipsaws in price action with no defined breakout yet established. That may change given some upcoming fundamental events combined with strong technical breakout levels.

Dogecoin price may get a massive spike due to some fundamental factors involving a planned satellite launch by SpaceX that will go to the moon. By itself, it doesn’t sound like a big deal. However, the big deal is this: the mission is named Doge-1 because the project was funded entirely by Dogecoin. Adding to the importance of this event is the type of satellite, a CubeSat, which has never been launched to the moon. Therefore, Doge-1 will likely be the first CubeSat to reach the moon, beating NASA’s planned launch. This event will likely have a strong effect on Dogecoin's price.

Yet Dogecoin's price action remains noisey, messy and indecisive. Point and Figure charts help filter out the ‘noise’ associated with candlesticks by focusing only on price action. There is no volume or time factor in Point and Figure analysis. As such, entry conditions are more transparent and concise. Two theoretical long trade ideas for Dogecoin price have been identified.

The hypothetical aggressive buy entry is a buy stop order on the 3-box reversal off the current O-column, currently at $0.30 with a stop loss at $0.26 and a profit target at $0.66. This entry is considered aggressive because it would be an entry on the first pullback after Dogecoin broke below the former bull market trendline (blue diagonal line). This type of trade also requires active trade management because the end of the column of Os is not yet determined. And as the current O-column moves lower, so does the entry and stop loss (4-box stop loss), but the profit target remains. A two to three-box trailing stop after Dogecoin hits $0.35 would help protect any implied profit from this trade. 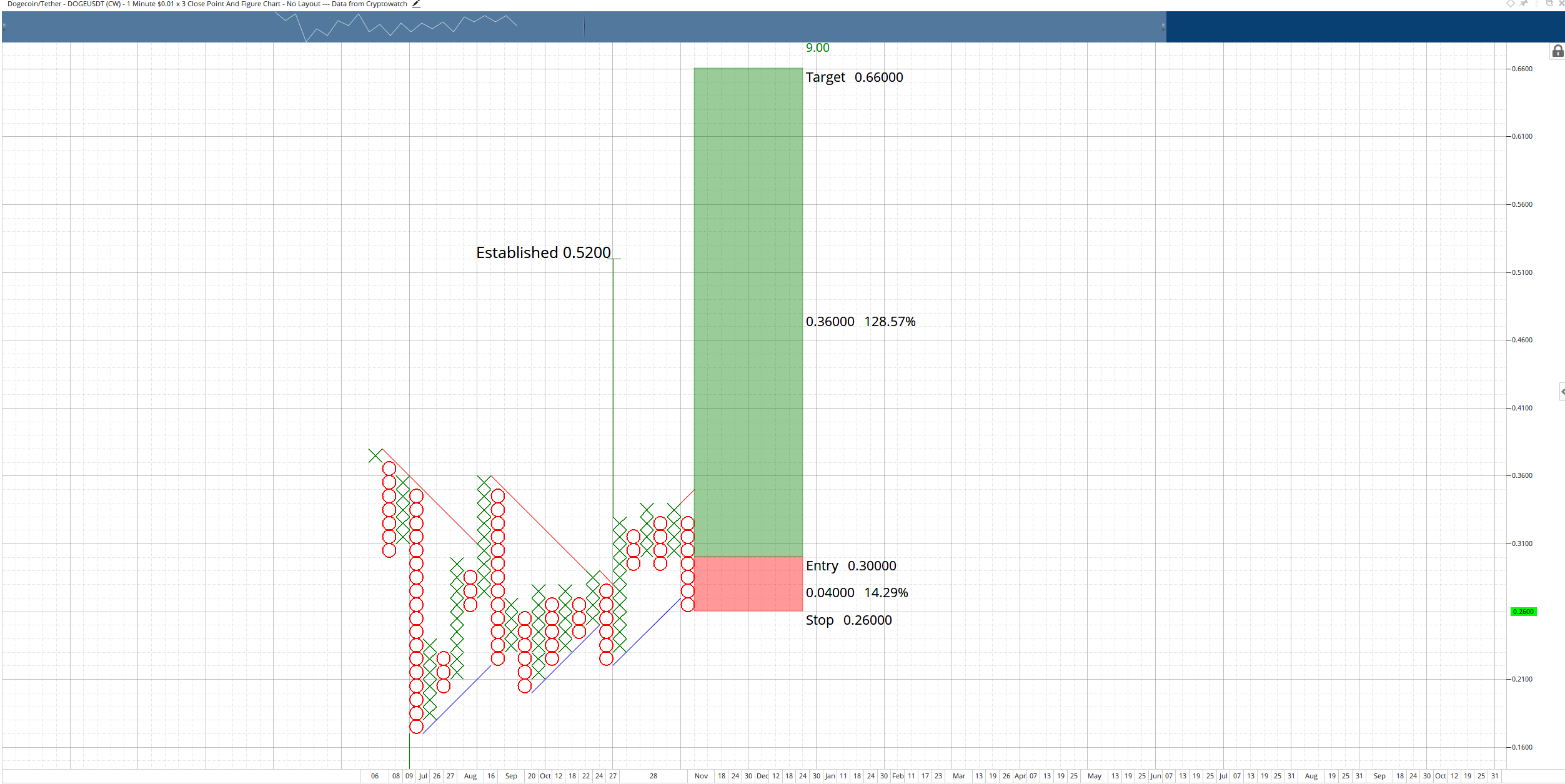 On the conservative side of the buy entry, the hypothetical trade setup for Dogecoin price is a buy stop order at $0.35, a stop loss at $0.31 and a profit target @ $0.66. The conservative trade idea is based on two bullish entry patterns in Point and Figure analysis: the break of a Triple-Top and a Bullish Catapult Pattern. In addition, a two to three-box trailing stop after Dogecoin his $0.41 would help protect any profit after the initial entry. 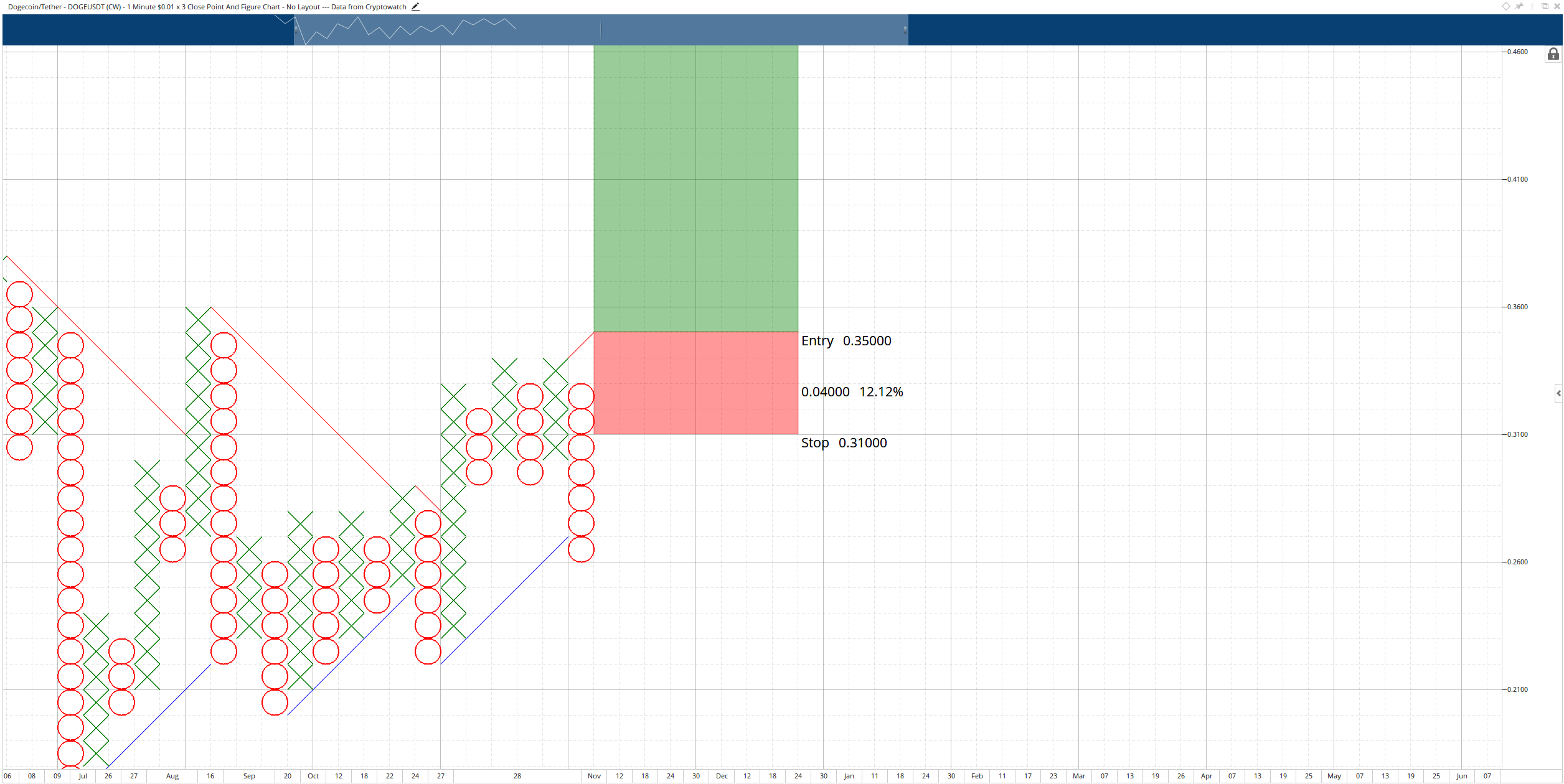 Both long trade ideas are invalidated if Dogecoin price moves below the $0.23 value area.