Dogecoin price action makes another push that hints at a massive breakdown before the Christmas holiday. However, downside momentum could still be muted and reverse course at any moment.

Dogecoin price continues to sit just above a massive capitulation zone. The capitulation zone is represented in the red shaded price range between $0.08 and $0.18. Since the flash crash on December 5, Dogecoin has struggled to make any meaningful drive higher with all pumps promptly sold off.

However, instead of a massive collapse in price, buyers appear to have stepped in and created a new high volume node in the $0.165 to $0.175 value areas. This may be an attempt to form a new floor before Dogecoin makes another push higher.

While the downside price action over the past two weeks has been a source of frustration for speculators, the overall internal bullish price structure within the $0.005/3-box reversal Point and Figure chart remains solid and valid. The hypothetical long entry has now shifted to a buy stop at $0.185, the stop loss at $0.1650, and the profit target remains at $0.335. 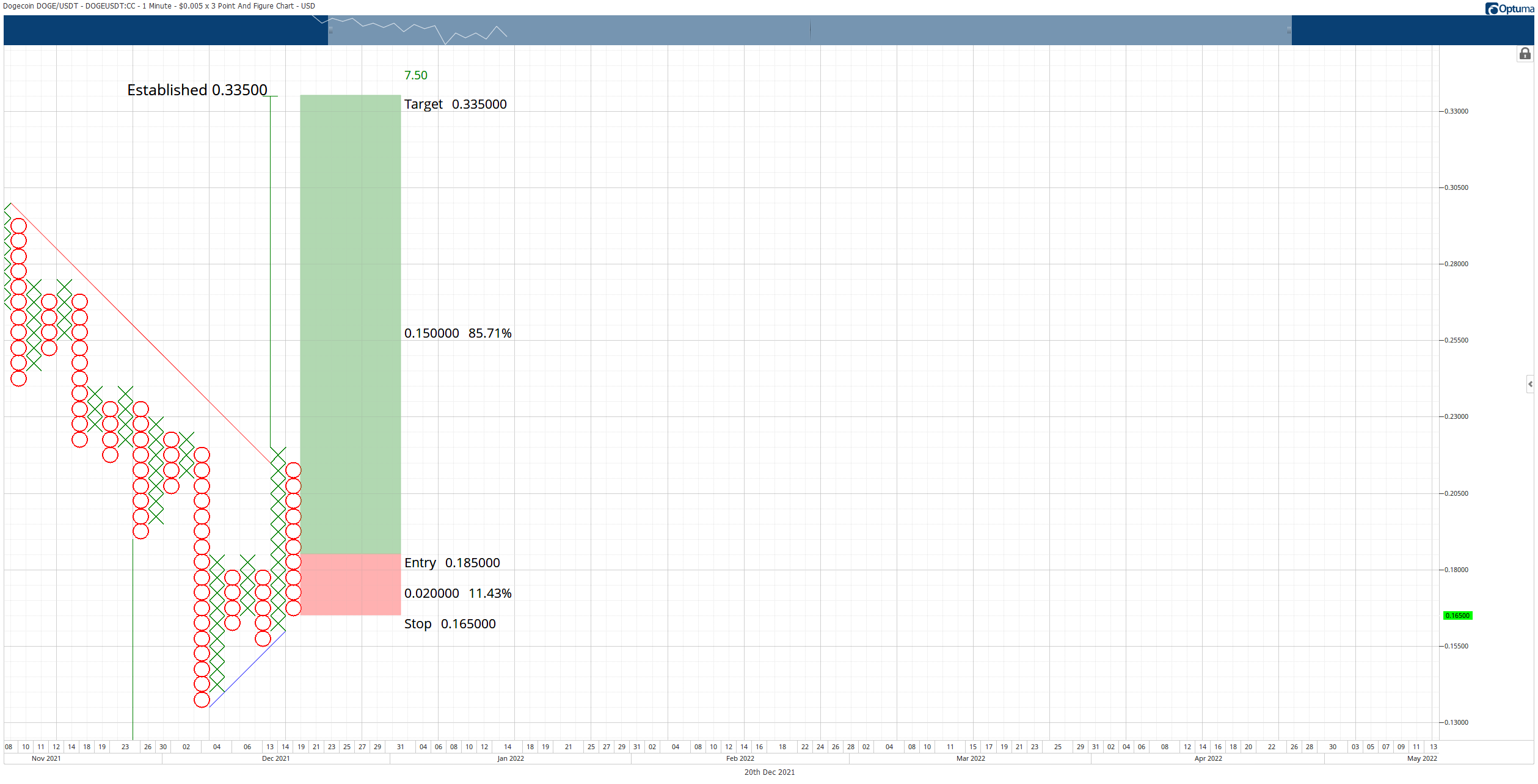 The hypothetical long entry is based on a 3-box reversal off the current column of Os, which is the first reversal column after Dogecoin price converted from a bear market into a bull market. In Point and Figure analysis, the pullback is viewed as a sign of strength, not weakness.

The long entry idea is invalidated if Dogecoin price moves below $0.14.