Dogecoin price action has been a significant source of frustration for DOGE fans and investors. However, given the recent underperformance against its peers like Shiba Inu, bulls look for some reprieve from the current stagnation and downtrend - which has lasted for 281 days.

Dogecoin price was able to stave off another capitulation move on February 4. The February 4 swing low preceded the 27% rally DOGE experienced until February 7. The whipsaws and wild swings are par for the course for DOGE, which has seen four other whipsaws resulting in 25% to greater than 50% swings up and down since January 2022. 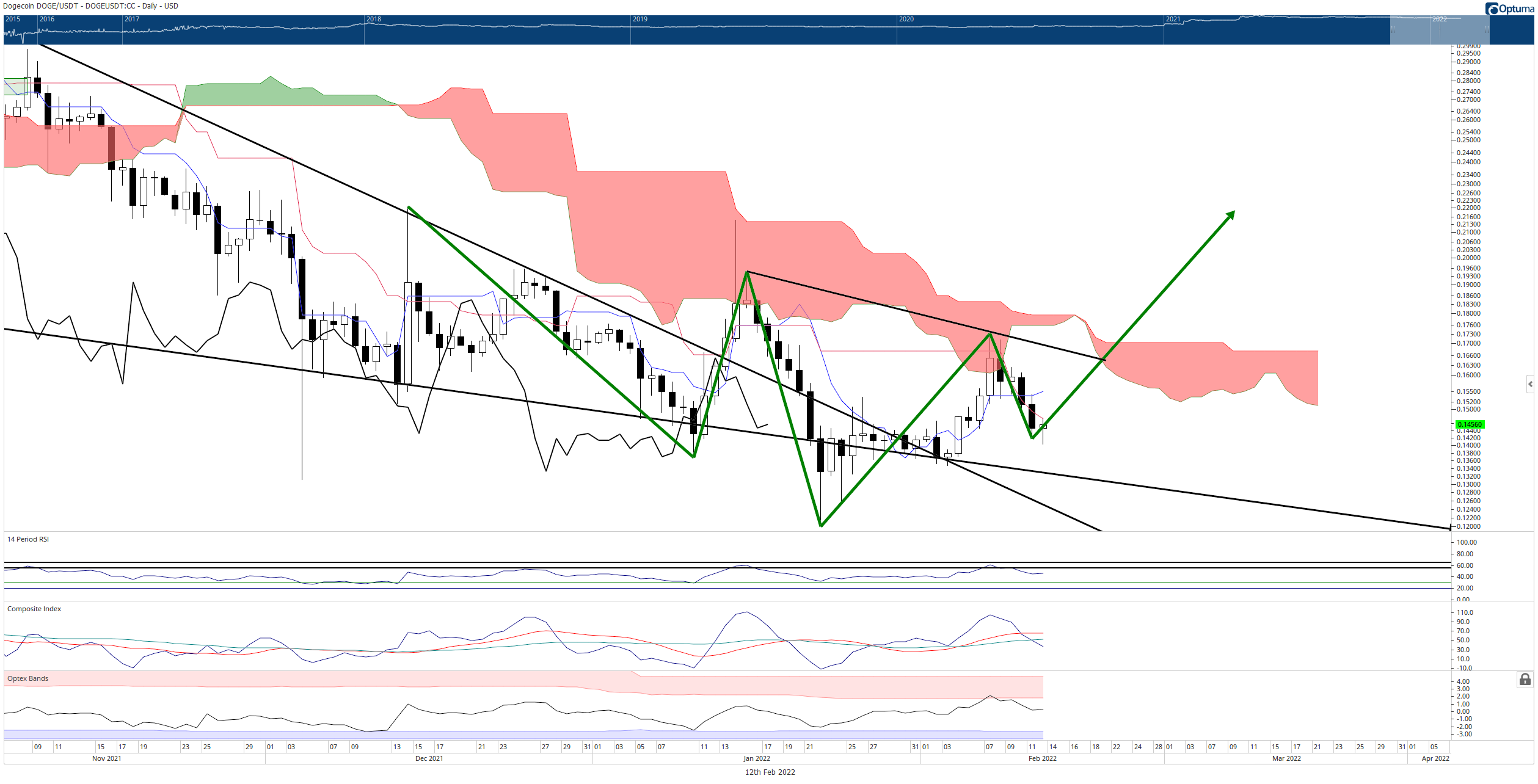 The result of these various whipsaws is a bullish reversal pattern currently in development: an inverse head-and-shoulders pattern. This pattern, if triggered, would likely generate the momentum necessary to put Dogecoin price into an Ideal Bullish Ichimoku Breakout on its daily chart while also returning it to the critical $0.25 price level.

Dogecoin’s $0.005/3-box reversal Point and Figure chart compliments the reversal patterns developing on the candlestick chart. A hypothetical long opportunity now exists for Dogecoin price. The hypothetical setup is a buy-stop order at the three-box reversal of the current O-column ($0.165 at the time of publishing). The stop loss is a four-box stop and the profit target, based on the Vertical Profit Target method in Point and Figure analysis, is at $0.26. 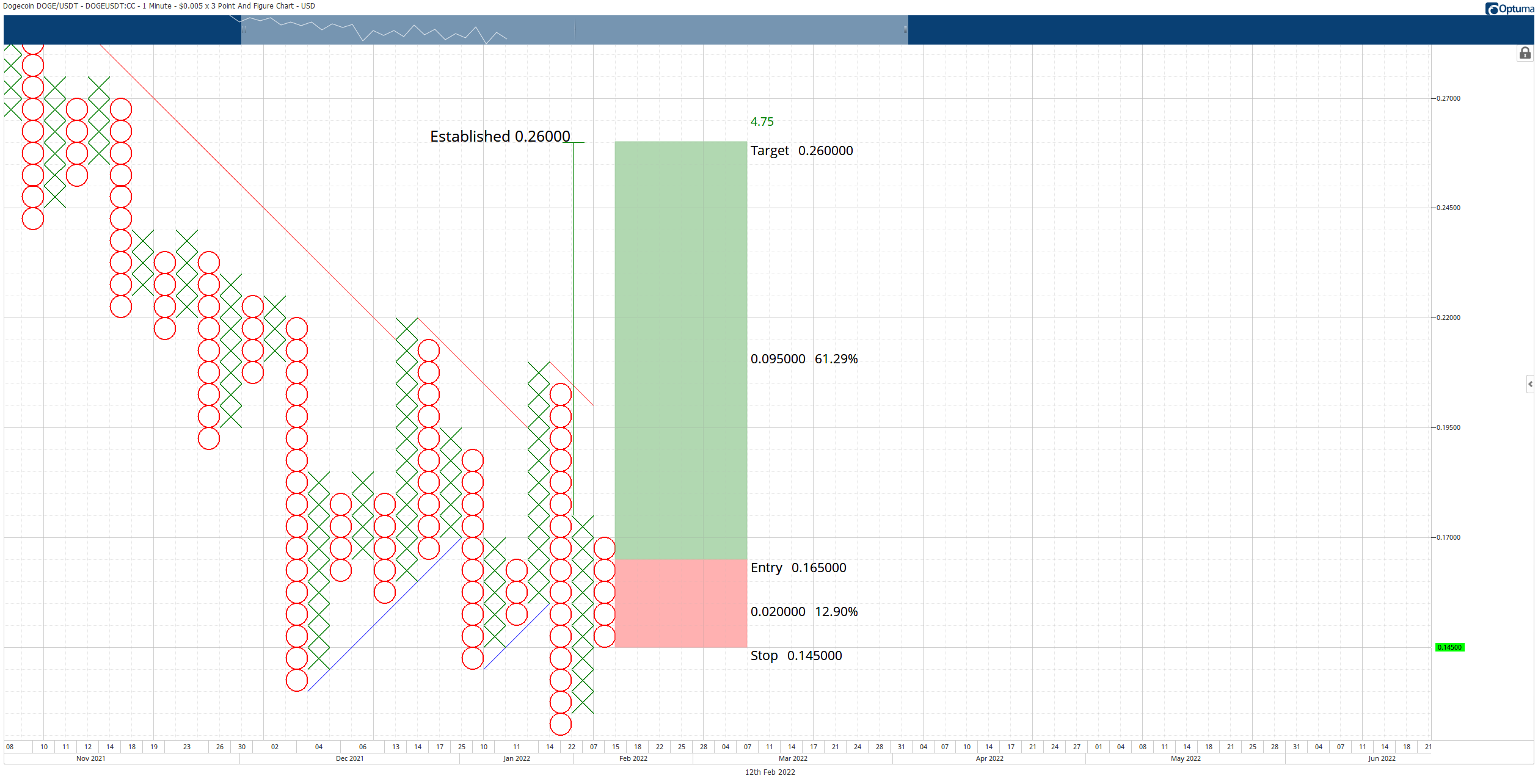 If Dogecoin price moves lower and prints one or more Os in the current O column, the buy stop entry and four-box stop move in tandem with price. The profit target, however, remains the same. The hypothetical long entry is invalidated if the current O-column prints an O at $0.11. In that scenario, Dogecoin would likely enter a capitulation zone to test the $0.08 or $0.09 value areas.