Dogecoin price was on a slow decline before its listing on one of the top exchanges in the world, Coinbase. This news pushed DOGE exponentially higher but has not tagged a critical resistance level yet.

Dogecoin price could rally on fumes of Coinbase listing

Dogecoin price saw a 23% downswing between May 26 and May 29 before finding stable grounds at $0.293. The bounce from this support level pushed DOGE up to $0.328, which triggered the Momentum Reversal Indicator’s reversal signal.

Despite this cycle top indication, Dogecoin price kick-started its 42% rally due to the Coinbase announcement, which pushed it to $0.448.

Although this upswing was incredible, it failed to tag the resistance level at $0.45 and a crucial supply zone extending from $0.481 to $0.515. This premature exhaustion seems to be bouncing off the immediate support level at $0.399, while the MRI has popped a preemptive cycle top indicator in the form of a yellow down arrow on the 4-hour chart.

Such indecision suggests that the rally might not be over yet and that a further spike in Dogecoin price is possible. In this case, the doge-themed cryptocurrency could rally another 16% to tag the said supply zone’s lower limit at $0.481.

If such development unfolds, the MRI will flash a full-blown reversal signal in the form of a red 'one' candlestick, forecasting a one-to-four candlestick correction. 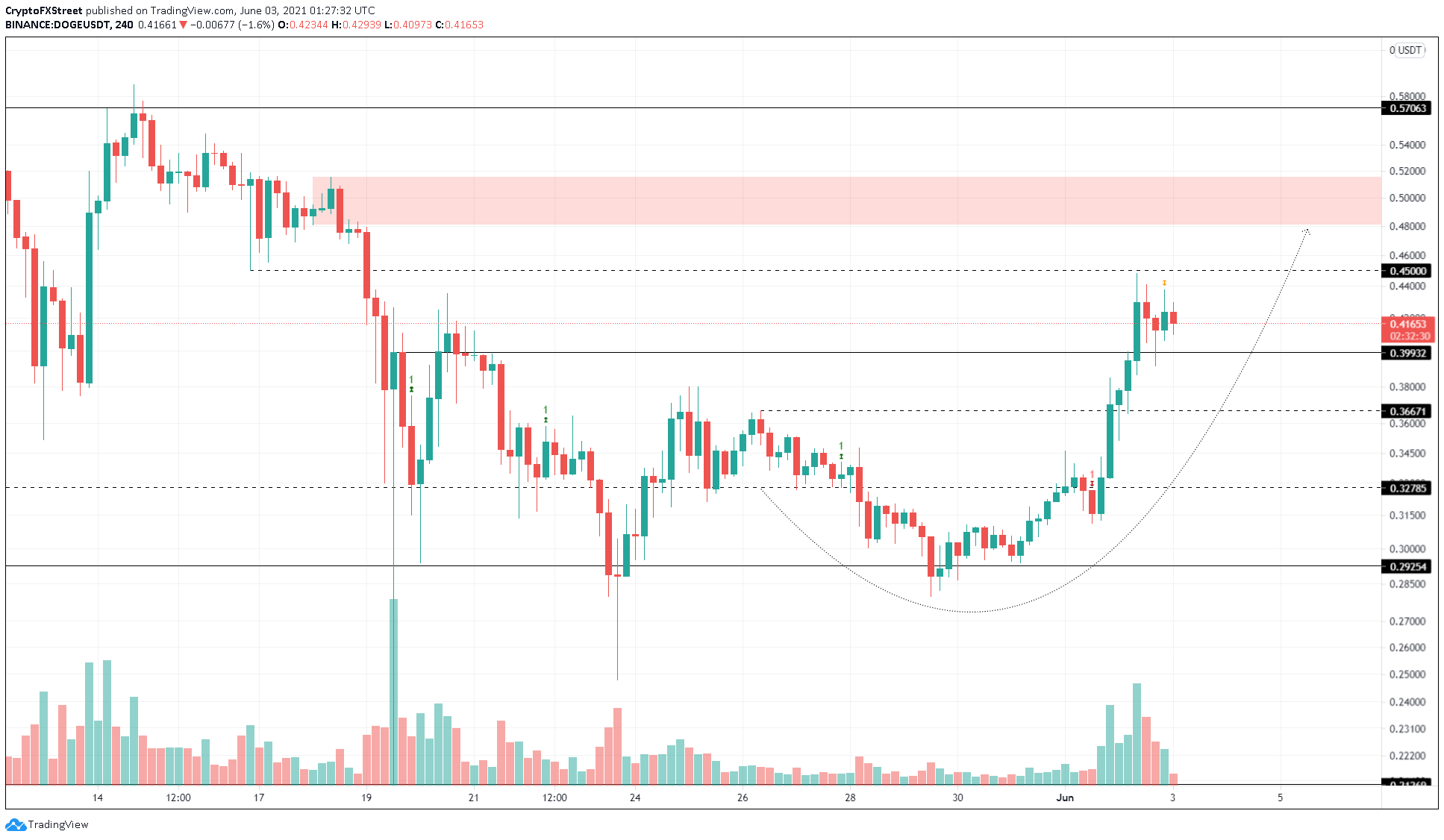 However, if the buyers fail to muster up the momentum and rise higher, Dogecoin could either consolidate along the support level at $0.399 or produce a decisive close below it. The latter would kick-start an 8% descent to the subsequent demand barrier at $0.367.