Dogecoin price is seemingly at the end of its descent, hinting that a reversal could be fast-approaching.

Dogecoin price in a life-or-death situation

The 32% crash in Dogecoin price found support at $0.041 on February 23. This point formed the basis for incoming higher lows. Since this point, DOGE has set up three higher highs and two higher lows.

An ascending parallel channel seems to form when the swing highs and lows are connected using trend lines. This technical formation forecasts a bearish breakout, which results in a 35% downtrend, which is the channel’s height added to the breakout point at $0.049.

While a breakdown is bearish, the Dogecoin price hints at a bounce, which is bullish. Therefore, a 35% bounce that puts DOGE at $0.066 will create a higher high.

Adding credence to the bullish outlook is the Tom DeMark (TD) Sequential indicator, which has flashed a buy signal in the form of a red nine candlestick on the 12-hour chart. This formation forecasts a one-to-four candlestick upswing for Dogecoin price.

Interestingly, the $0.066 target coincides with the TD Sequential indicator’s State Trend Resistance. If the bullish momentum persists after DOGE creates a higher high, it could continue to ascend until it taps the upper trend line at $0.070. 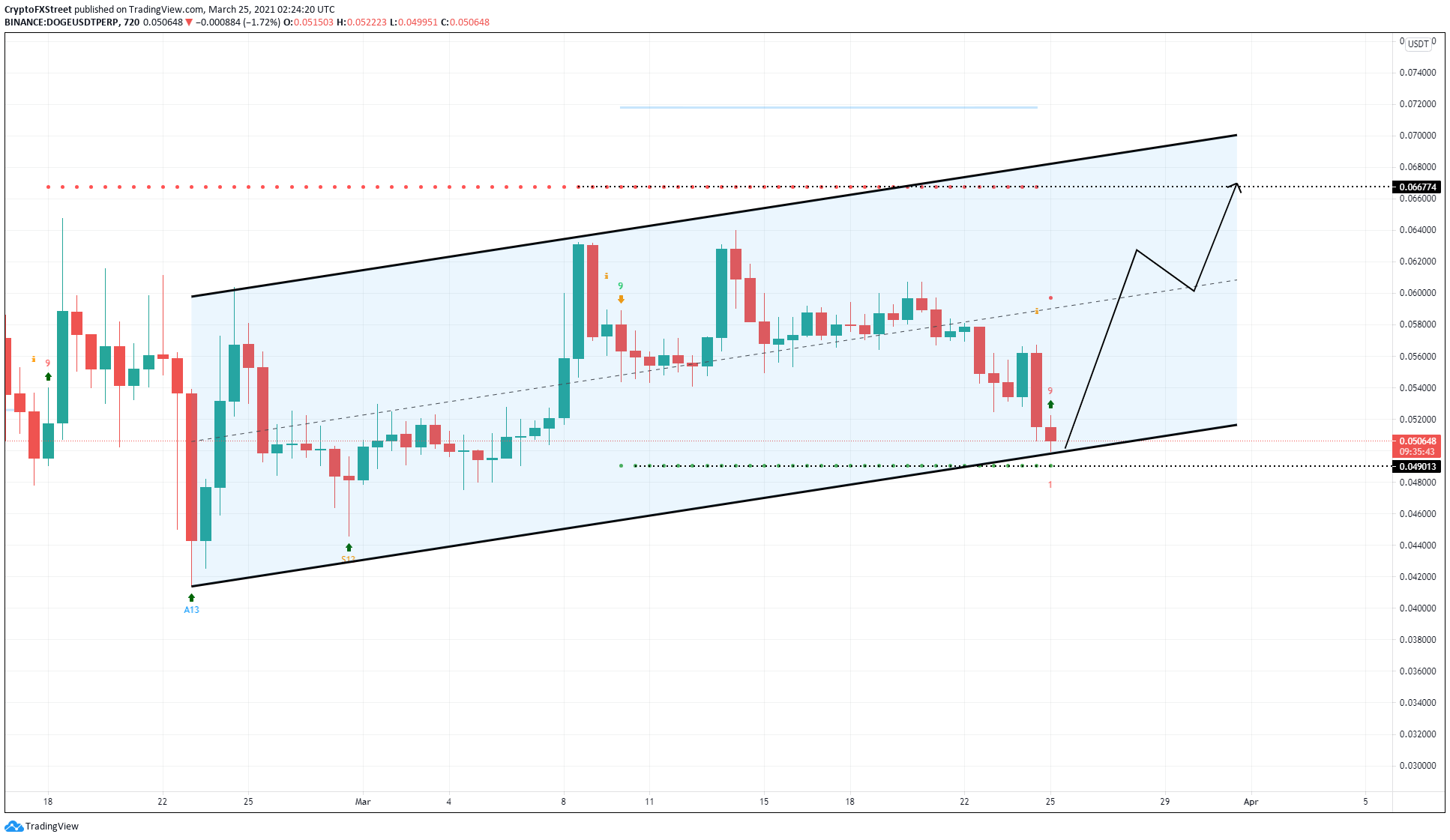 However, investors need to note that a rebound from the parallel channel's lower boundary is crucial for an optimistic outlook. If this bullish spike fails to manifest, then bears will trigger a breakdown. So, a 12-hour candlestick close below $0.049 will invoke a bearish outlook for Dogecoin price.