Dogecoin memes from prominent figures are on the rise, suggesting a reignition of a flame that could propel DOGE price higher.

In a fireside chat on March 19, Robinhood CEO Vladimir Tenev talked about Dogecoin and its community. He stated:

The Dogecoin community has really embraced Robinhood, which has been really awesome to see, and it's a fun community.

Following this chat, the CEO took to his Twitter as he joined American snack brand Slim Jim in tweeting DOGE memes.

Unlike other cryptocurrencies, Dogecoin price is mainly affected by social chatter. Hence, if the crowd jumps on the DOGE bandwagon due to these memes, it could undoubtedly push the meme coin’s price to new highs.

Dogecoin price prepares or a lift-off

Dogecoin price pulled back almost 52% over three weeks starting from February 1. Since then, things are beginning to look up for the meme coin as its market value has appreciated 54%.

Additionally, Dogecoin’s prospects could turn bullish if investors push the meme coin past the $0.087 supply barrier to create a new all-time high. In this case, FOMO could play a crucial role in further propelling the altcoin higher. 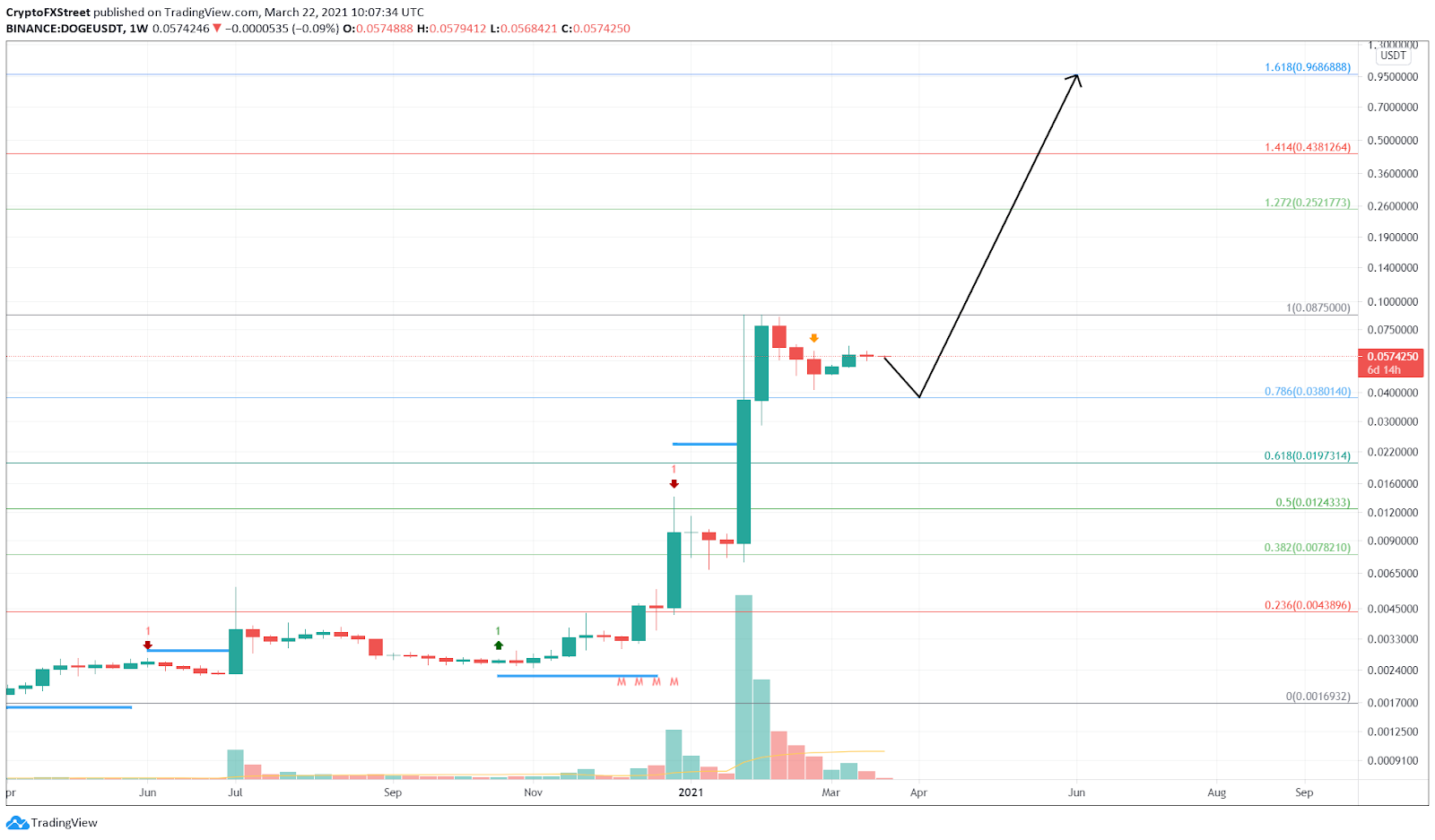 Santiment’s Social Volume chart was on the dot in predicting Dogecoin’s crash. A massive bearish divergence between Dogecoin price and this metric led to an enormous drop in DOGE’s market value.

Hence, this time around, a spike in social chatter could serve as a buy signal for investors that could propel the meme coin close to $1. Furthermore, from a counter-sentiment perspective, this might be the time to flip bullish on Dogecoin due to low social volumes.

Regardless of the bullish outlook, an exodus of investors could fatally disrupt the optimistic outlook for Dogecoin. If DOGE price slices through the 78.6% Fibonacci retracement level at $0.038, then it could be up for another sell-off.