Dogecoin price action has experienced some major whipsaws in price action since last week. Unless something drastic or unexpected happens, that behavior is likely to continue into this week.

The flash crash experienced by Dogecoin (and the broader cryptocurrency market) last week did complete one technical condition that would yield a strong case for continued momentum upwards. As a result, DOGE (finally) moved through the extremely thin zone in the 2021 Volume Profile and bounced off the top of the next high volume node at $0.07.

As a result of the rapid drop last week and the subsequent support level found, Dogecoin price has generated an aggressive long opportunity on its $0.005/3-box reversal Point and Figure chart.

The theoretical long entry for Dogecoin price is a buy stop order at $0.095, a stop loss at $0.08, and a profit target at $0.145. The trade setup represents a 3.33:1 reward for the risk with an implied profit target of 57% from the entry. A trailing stop of two to three boxes would help prevent any profit made post entry. 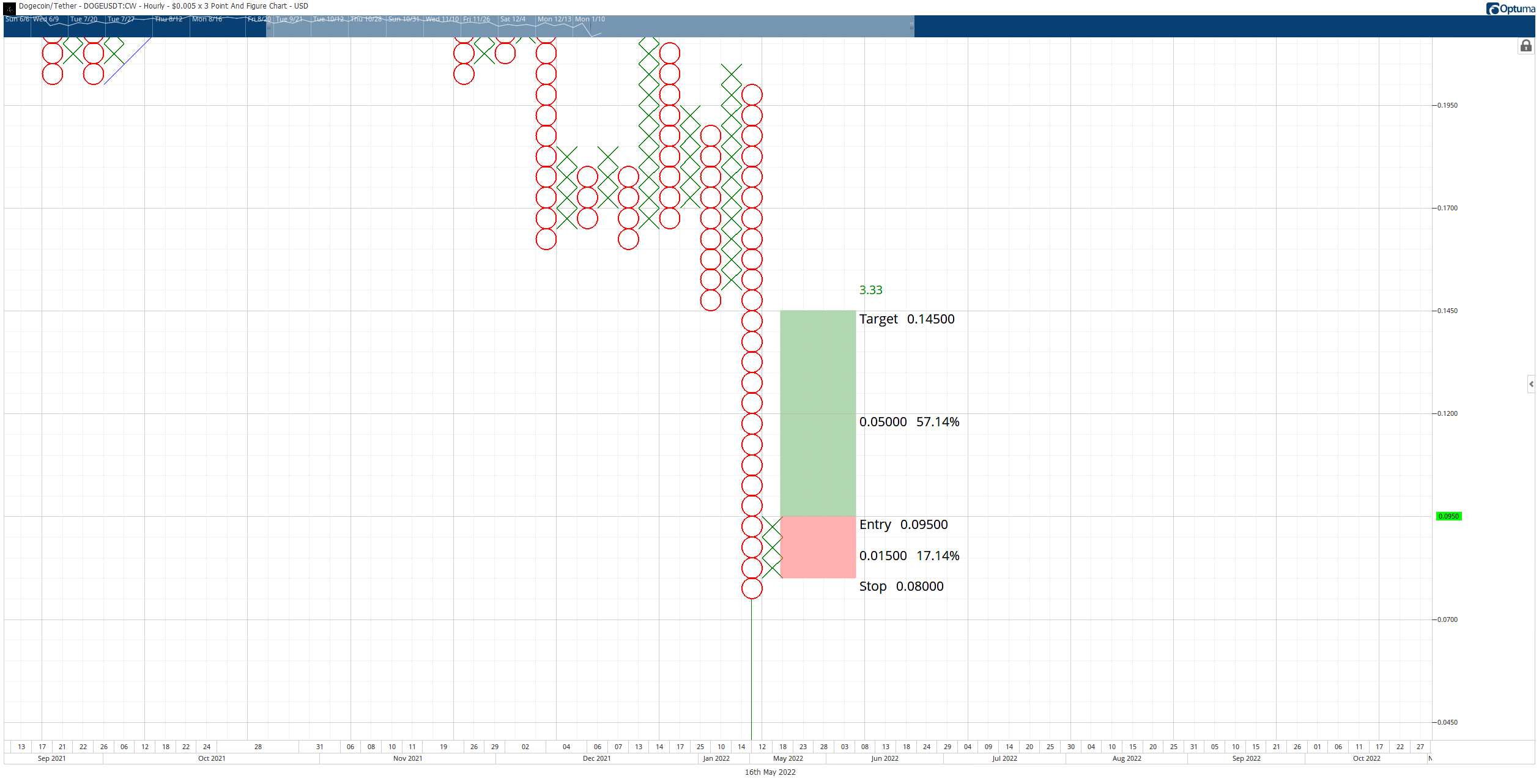 The long setup for Dogecoin price is based on a Point and Figure pattern known as a Spike Pattern. While no clear definition of this pattern exists, it is generally accepted that the Spike Pattern must have at least fifteen or more Xs/Os in a single column to qualify. In addition, because the entry is always on the 3-box reversal, there is no invalidation point on the pattern.

Downside risks exist but are likely limited to the $0.06 value area.